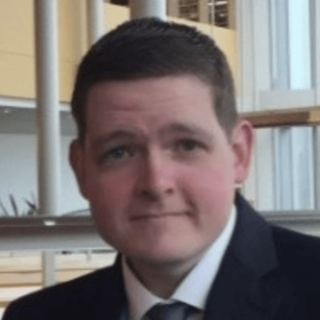 Social Media
Brian Vincent Manchester
Bellefonte, PA Criminal Law Lawyer with 23 years of experience
(814) 355-5421 124 West Bishop Street
Bellefonte, PA 16823
Criminal, Cannabis Law, DUI and White Collar Crime
Thomas Cooley Law School
Show Preview
View Website View Lawyer Profile Email Lawyer
From the beginning of my career, I have strived to be different than other lawyers. I emphasize education as the more I learn, the better of a lawyer I am, which translates into better results for my clients.

Free ConsultationCriminal, DUI, Domestic Violence and Traffic Tickets
University of Pittsburgh School of Law
Show Preview
View Website View Lawyer Profile Email Lawyer
At JD Law, located in State College, Pennsylvania, we will protect your rights. Whether it’s a misdemeanor or felony, a criminal conviction will have consequences. Criminal defense attorney Jason S. Dunkle has more than a decade of experience and has represented thousands of clients in Central Pennsylvania. His goal is to provide students and other individuals with the most favorable outcome in every legal matter. Whether it concerns allegations of white collar crime, DUI or DWI charges, sex offenses, drug possession or distribution arrests, or traffic violations, Jason Dunkle can provide you with skilled criminal defense representation.
Compare Save 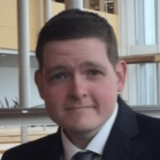 Claimed Lawyer ProfileSocial Media
Jeana A. Longo
Williamsport, PA Criminal Law Lawyer with 17 years of experience
(570) 995-1233 360 Market Street
Suite 202
Williamsport, PA 17701
Criminal and DUI
Widener University Delaware School of Law
Show Preview
View Website View Lawyer Profile Email Lawyer
Longo founded Longo Law, P.C. in order to protect the rights of the accused as a zealous advocate, no matter what the charge. When the prosecution is putting your life, liberty, and future at risk, it is essential to have an experienced litigator to aggressively defend your freedom and work hard to get you the best possible outcome.

Free ConsultationCriminal, DUI, Divorce and Family
University of Detroit Mercy School of Law
Show Preview
View Website View Lawyer Profile Email Lawyer
Attorney Timothy Czekaj (pronounced check-eye) is a dedicated litigator with a never-say-die attitude. He considers it an honor and a privilege to provide services to people when they need it most. He has represented clients in West Virginia and Pennsylvania, focusing on family law, divorce, child custody, child support, alimony, PFAs, Children & Youth matters, dependency, bankruptcy, mortgage foreclosures and debt negotiations, tax assessment appeals, landlord/tenant law, criminal law, and general civil litigation. He has represented clients in more than 20 counties throughout Pennsylvania, and he currently serves as solicitor to the Dauphin County Clerk of Courts.
Compare Save

Claimed Lawyer ProfileSocial Media
Matthew Michael McClenahen
State College, PA Criminal Law Lawyer with 25 years of experience
(866) 806-1061 Suite 225
State College, PA 16801
Criminal, Cannabis Law, DUI and Traffic Tickets
Dickinson School of Law
Show Preview
View Website View Lawyer Profile Email Lawyer
During his years as a public defender in York County and private practice in Centre County, Matt McClenahen tried a wide range of cases from third degree misdemeanors to serious felonies before both judges and juries and developed a reputation as a formidable courtroom lawyer and zealous advocate for his criminal defense clients. Although the vast majority of criminal cases are resolved through negotiations resulting in non-trial dispositions, sometimes it is simply in a client's best interests to proceed to trial. Attorney McClenahen will evaluate your case and advise you on your best course of action.
Compare Save