Pittsburgh, PA 15219
Criminal, DUI, Traffic Tickets and White Collar Crime
Duquesne University School of Law
Show Preview
View Website View Lawyer Profile Email Lawyer
Attorney Ketchel is a Pittsburgh native with deep roots tied to Allegheny County. He received his Juris Doctor (JD) from Duquesne University School of Law and is a member of the Pennsylvania Association of Criminal Defense Lawyers (PACDL), the Allegheny County Bar Association and the Pennsylvania Bar Association, as well as the National Association of Criminal Defense Lawyers (NACDL). I am Attorney Justin Ketchel and I will work to understand your case and your unique circumstances to get the best possible outcome for you. I have a lot of experience and success in winning tough cases and I... 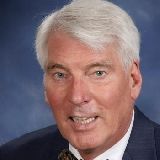 Claimed Lawyer Profile
William James Helzlsouer
Dravosburg, PA Criminal Law Lawyer with 46 years experience
(412) 469-1992 302 Euclid Avenue
Dravosburg, PA 15034-1208
Free ConsultationCriminal, DUI, Divorce and Family
University of Pittsburgh School of Law
Show Preview
View Website View Lawyer Profile Email Lawyer
W. J. Helzlsouer is a member of the bar of the following courts: The Supreme Court of the United States The Third Circuit Court of Appeals The United States District Court for the Western District of Pennsylvania The Supreme Court of Pennsylvania W. J. Helzlsouer received his Bachelor of Arts degree in Government from Georgetown University, Washington D.C. in 1970. He received a Juris Doctor degree from the University of Pittsburgh School of Law in 1973. In December 1983, he was awarded a Master of Science in Taxation from Robert Morris College. W. J. Helzlsouer was admitted to the bar of the Supreme Court of Pennsylvania,...

Claimed Lawyer ProfileSocial Media
Timothy Burns
Ebensburg, PA Criminal Law Attorney with 21 years experience
(814) 471-1701 104 S Center St
Ebensburg, PA 15931
Criminal, DUI, Divorce and Domestic Violence
Duquesne University
Show Preview
View Website View Lawyer Profile Email Lawyer
Attorney Tim Burns has been operating his regional general law practice in historic Ebensburg, Cambria County for nearly a decade. His office, located an hour and a half east of Pittsburgh, is conveniently located just steps from the Cambria County Courthouse. A Johnstown native, he received his Bachelor of Science Degree in Political Science and Secondary Education from St. Vincent College in Latrobe, and his Juris Doctorate from Duquesne University in Pittsburgh where he served as Editor-in-Chief of Juris, the school’s award winning legal newsmagazine. Prior to opening his law office, Attorney Burns was an Associate in the... 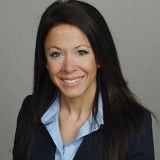 Clearfield, PA 16830
Criminal, DUI and Juvenile
Michigan State University
Show Preview
View Website View Lawyer Profile Email Lawyer
Attorney Douglas Campbell is a graduate of internationally ranked Top 100 Law School Michigan State College of Law where he received his Juris Doctorate in the field of Criminal Law. Earning a degree in finance and top honors from Clarion University he then worked as an accountant for several multi-million dollar companies in Philadelphia. Returning to his roots, Attorney Campbell has chosen to return to central Pennsylvania and assists hundreds of clients each year with a wide range of legal issues. "Personal, Professional Service at Affordable Prices." This is what you want from your attorney....

Claimed Lawyer ProfileOffers Video ChatSocial MediaResponsive Law
Dana Jo-Ann Richardson
Ebensburg, PA Criminal Law Attorney with 12 years experience
(888) 733-8752 103 South Center Street
Suite 2
Ebensburg, PA 15931
Free ConsultationOffers Video ChatCriminal, DUI, Divorce and Family
Duquesne University School of Law
Show Preview
View Website View Lawyer Profile Email Lawyer
Attorney Dana Jo-Ann Richardson has been a proactive advocate for her clients since entering the Bar in 2007. Her ambitions in the pursuit of law began at Duquesne University School of Law, where Dana was a class representative in the Student Bar Association, and where she became a finalist in the prestigious Carol Los Mansmann Appellate Advocacy Competition. Upon graduating from Duquesne University and receiving her Juris Doctorate in 2007, she sat for the bar examination and was admitted to the Pennsylvania Bar that year. While a law student at Duquesne, Dana was hired by the law firm... 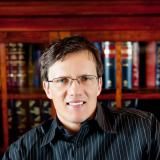 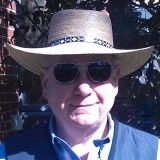 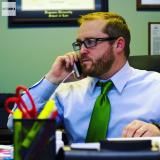 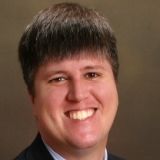 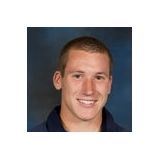 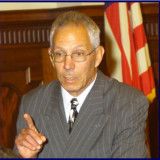