Criminal, DUI and Divorce
Compare Save
Show Preview
View Website View Lawyer Profile
Mr. Sris started the firm in 1997 and the firm has client meeting locations in Virginia & Maryland. SRIS Law Group, P.C. has nine client meeting locations in two states. Mr. Sris was a former prosecutor for the Town of Haymarket, Virginia. As a result of his experience as a prosecutor in addition to being a trial lawyer, he has a thorough understanding of criminal/traffic law and domestic relations. Attorneys who have been in practice for a greater period of time than Mr. Sris turn to him for advice on how to handle complex criminal and family law...

Free ConsultationCriminal, DUI, Traffic Tickets and White Collar Crime
The University of Georgia School of Law
Compare Save
Show Preview
View Website View Lawyer Profile Email Lawyer
Michelle Derrico is a Roanoke criminal defense lawyer with years of experience defending clients against the Commonwealth. She has successfully represented clients accused of serious criminal charges such as murder and rape. At Copenhaver, Ellett & Derrico, you will work directly with Michelle to ensure that your questions are answered and you know exactly how the criminal process works in southwest Virginia.

Criminal, Business, Employment and Personal Injury
William & Mary Marshall-Wythe School of Law
Compare Save
Show Preview
View Website View Lawyer Profile Email Lawyer
Admitted to practice law in Virginia in 1998, Mel brings a wealth of litigation experience to clients that includes practice as a prosecutor and working for insurance companies defending lawsuits, to include defending government officials charged with misconduct and violations of civil rights. Now he represents persons and small businesses in litigation arising out of serious personal injury, employment disputes, and employment and administrative/governmental grievances, such as professional discipline. Mel received his Bachelor of Science degree, magna cum laude, from Bridgewater College of Virginia in 1995, majoring in Political Science and minoring in Philosophy/Religion. In 1998,...

Claimed Lawyer ProfileSocial MediaResponsive Law
David A. Robinson
Salem, VA Criminal Law Lawyer with 10 years of experience
(540) 404-9196 111 E. Clay Street
Salem, VA 24153
Criminal, DUI, Traffic Tickets and White Collar Crime
Washington and Lee University School of Law
Compare Save
Show Preview
View Website View Lawyer Profile Email Lawyer
David was born and raised in the Roanoke Valley; the son of a Registered Nurse and a Roanoke City Police Officer, he spent his childhood in Salem and attended Glenvar High School. After graduating, he went on to attend Virginia Tech where he received degrees in both Finance and Accounting. After graduation, David worked as an accountant in both the public and private sectors, but decided the law was his true calling. He went on to attend Washington & Lee University School of Law, where he graduated with honors at the top of his class in 2010. David began his... 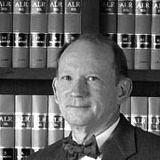 Claimed Lawyer Profile
Mr. Timothy C. Carwile
Waynesboro, VA Criminal Law Attorney with 48 years of experience
(540) 932-2400 109 South Wayne Avenue
Waynesboro, VA 22980
Criminal and DUI
University of Richmond School of Law
Compare Save
Show Preview
View Website View Lawyer Profile Email Lawyer
Mr. Carwile began the practice of law as the first Executive Director of the Lynchburg Legal Aid Society. He moved to Waynesboro in 1974 and co-founded the firm of Carwile & Ricketts, P.C., which merged with Carter R. Allen, R. Toms Dalton and G. William Watkins in 1987 to form the present professional corporation, Allen & Carwile, P.C. Mr. Carwile's practice focuses primarily on criminal defense representation and he is a frequent lecturer on various legal topics, having spoken for the Virginia CLE on the defense of DUI and other serious traffic cases. He has also written extensively on many aspects...


Criminal, Business, Civil Rights and Personal Injury
Washington and Lee University School of Law
Compare Save
Show Preview
View Website View Lawyer Profile Email Lawyer
A Roanoke, Virginia native, John Fishwick has spent his professional career helping individuals who have faced serious civil and criminal legal challenges. John is not afraid of a tough case and has won significant civil verdicts and obtained acquittals for clients facing criminal charges. No stone is left unturned as John looks for ways to win your case.
John is fortunate to work with a talented group of attorneys and staff at his firm, many of whom he has worked with for years. Many of his cases are referred to him from other Virginia attorneys. In fact, many other lawyers refer...