If you have any questions and would like to speak with me, feel free to call the office at 276-266-2665.
Compare Save
Sponsored Listings 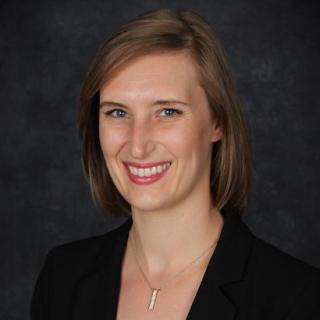 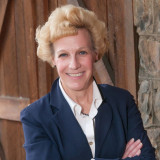 Claimed Lawyer ProfileOffers Video ConferencingSocial Media
Kristen Konrad Johnstone
Roanoke, VA Criminal Law Lawyer with 26 years of experience
(540) 299-5299 25 Church Ave SW
Roanoke, VA 24011-2010
Offers Video ConferencingVideo ConfCriminal, Divorce and Family
Washington and Lee University School of Law
Show Preview
View Website View Lawyer Profile Email Lawyer
Kristen began her professional career in law in 1989 as a Communications Officer with the Charlottesville-Albemarle-UVA Emergency Operations Center. After a year in that position, Kristen accepted a position as a Police Officer with the Charlottesville Police Department, working first in the uniform division and then as a detective in the investigations division. While she worked as a DARE officer and as an evidence technician while she was a patrol officer, Kristen particularly enjoyed her work as a detective, which was focused on crimes against children, domestic violence, and sexual assault.   Attending law school was the next logical step, and...
Compare Save

Criminal, Business, Civil Rights and Personal Injury
Washington and Lee University School of Law
Show Preview
View Website View Lawyer Profile Email Lawyer
A Roanoke, Virginia native, John Fishwick has spent his professional career helping individuals who have faced serious civil and criminal legal challenges. John is not afraid of a tough case and has won significant civil verdicts and obtained acquittals for clients facing criminal charges. No stone is left unturned as John looks for ways to win your case.
John is fortunate to work with a talented group of attorneys and staff at his firm, many of whom he has worked with for years. Many of his cases are referred to him from other Virginia attorneys. In fact, many other lawyers refer...
Compare Save

Claimed Lawyer Profile
Steven P. Milani
Rocky Mount, VA Criminal Law Attorney
(540) 483-8696 115 East Court St.
Rocky Mount, VA 24151
Criminal
Show Preview
View Lawyer Profile Email Lawyer
I am an extremely experienced criminal defense attorney having represented over 50 people facing capital murder charges and a potential death sentence. As Capital Defender for S.W. Virginia I led a team of attorneys, investigators and mitigation specialists, over the course of 17 years none of our clients received a death sentence. Trial practice is my great strength as demonstrated by record of success. I led defense teams that secured the last two jury acquittals defendants charged with capital murder in Virginia. I have represented individuals charged with crimes ranging from trespassing to mass murder over the last...
Compare Save 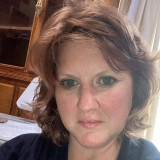