Claimed Lawyer Profile
Joseph Raymond Skrha Compare Save
Kenai, AK Divorce Attorney with 36 years experience
(907) 283-7100 110 North Willow St.; Suite 137
Kenai, AK 99611
Divorce, Cannabis Law, Criminal and DUI
Thomas M. Cooley, School of Law and Saint Louis University
Compare Save
Show Preview
View Blog View Lawyer Profile Email Lawyer
I was born into a wonderful family in Cleveland, Ohio. My father was Dr. J.W. Skrha,MD and mom was Betts Skrha,RN. I had a sister Betsy, and brothers John and Paul. In 1977 we all went on a 8 week trip by motorhome to Alaska. In 1982 I was married to Denise and we had two beautiful daughters, Katie and Rebecca. I received a Juris Doctorate Degree from Cooley Law School in 1984. Shortly thereafter Denise and I moved to Kenai, Alaska where we bought a home on the Kenai River and I opened my...

Claimed Lawyer ProfileQ&ASocial MediaResponsive Law
Stefan Otterson Compare Save
Anchorage, AK Divorce Attorney with 31 years experience
(907) 868-5050 425 G St
#714
Anchorage, AK 99501
Divorce, Domestic Violence, Family and Juvenile
The University of Utah S.J. Quinney College of Law
Compare Save
Show Preview
View Website View Lawyer Profile Email Lawyer
Stefan Otterson has lived and practiced law in Anchorage since 1988. Stefan lived and worked in Europe for three years before attending the University of Utah, graduating suma cum laude in 1984. He received both an MBA and Law Degree from the University of Utah schools of Business and Law in 1988. Stefan started out in private commercial legal practice, but joined the Attorney General’s Office in 1990. There he was a child protection and juvenile delinquency prosecutor, and also represented the Divisions of Public Safety, Mental Health, and Medicaid. Since 2000 Stefan has practiced...

Claimed Lawyer ProfileSocial Media
Steven Pradell Compare Save
Anchorage, AK Divorce Lawyer with 33 years experience
(907) 279-4529 726 M Street
Anchorage, AK 99501
Divorce, Family and Personal Injury
University of Oregon School of Law
Compare Save
Show Preview
View Website View Lawyer Profile Email Lawyer
Steven Pradell has been practicing law in Anchorage, Alaska, since 1986. A certified elementary school teacher, Steve graduated from Brandeis University cum laude in 1982, and from the University of Oregon School of Law in 1986. He has practiced primarily in the area of domestic law since 1990, when he took over the domestic practice of one of the largest law firms in Anchorage. In 1993, Steve started Pradell and Associates, a law firm with a practice emphasizing in domestic law, including divorce, adoption, custody and support, as well as other areas of the law.

Steven has been the legal advisor,...


Kenai, AK 99611
Divorce, Criminal, DUI and Family
The George Washington University Law School
Compare Save
Show Preview
View Website View Lawyer Profile Email Lawyer
Josh Cooley, Attorney at Law, graduated from the The George Washington University Law Center in Washington, D.C. While in Law School, Mr. Cooley fell in love with criminal defense and Alaska while interning at the Alaska Public Defender Office here in Kenai. Immediately after graduating, however, Mr. Cooley set out to shape his criminal defense and litigation practice in one of the biggest and busiest markets in the country: Miami. In his first year, he received the Statewide Public Defender College Best Advocate Award. In less than five years, Mr. Cooley moved from the Juvenile and Misdemeanor...

Claimed Lawyer ProfileQ&ASocial Media
Peggy Roston Compare Save
Anchorage, AK Divorce Lawyer with 43 years experience
(907) 561-4949 4141 B St Suite 402
Anchorage, AK 99503
Divorce and Elder
University of California Hastings College of the Law
Compare Save
Show Preview
View Website View Lawyer Profile Email Lawyer
I have been practicing law in Anchorage, Alaska since 1977. I started practicing law as a business and commercial lawyer. I helped business clients solve the many business and commercial problems they faced in running their companies. I learned alot, but I did not have a passion for what I was doing. Then an opportunity came along, which changed my life. A good friend and family lawyer decided to leave Alaska. She asked if she could refer her divorce clients to me. I said yes. The rest is history. 21 years and many clients later,...

Claimed Lawyer ProfileSocial Media
Matthew Michalski Compare Save
Anchorage, AK Divorce Lawyer with 11 years experience
135 Christensen Drive
Suite 2A
Anchorage, AK 99501
Free ConsultationDivorce, Criminal, DUI and Family
Seattle University School of Law
Compare Save
Show Preview
View Website View Lawyer Profile Email Lawyer
The culture I employ in my practice is distinctive. Instead of hierarchy, I work in an environment where cooperation with my clients is key. Because I operate without layers of bureaucracy, I maintain a direct communication and close working relationship with my clients. My flexibility enables me to assemble solutions to address your legal needs efficiently and effectively. My connection with other attorneys in the Anchorage legal community offers the strength and depth of a large firm, without sacrificing the responsiveness and personal service you receive from a solo practitioner. On a daily basis, I achieve excellence in...

Claimed Lawyer ProfileQ&A
Ben T. Frey Compare Save
Soldotna, AK Divorce Attorney
(907) 690-4624 38248 Rainbow Dr.
Soldotna, AK 99669
Free ConsultationDivorce, Domestic Violence, Family and Probate
University of Mississippi
Compare Save
Show Preview
View Website View Lawyer Profile Email Lawyer
I am a licensed lawyer living in Soldotna, Alaska and a member of the Alaska Bar Association. I practice divorce, custody, evictions, probate, workers' compensation, bankruptcy, wills, domestic violence protective orders, and tax preparation. Working in public interest law has been a focus of my career. I was formerly employed by Alaska Legal Services Corporation. You think of this as "practicing law for the people". I am now excited to be able to do this on a private basis for the people of the Kenai Peninsula. Because I have practiced as an attorney "of...

(1 Peer Review)
(907) 519-3613 1150 Huffman Rd Ste 24-785
Anchorage, AK 99515
Anchorage, AK Divorce Lawyer with 27 years experience
Divorce, Appeals, Employment and Family
University of Kansas School of Law
Compare Save
Show Preview
View Website View Lawyer Profile Email Lawyer
I have practiced law since 1992 and have litigated hundreds of cases in state and federal courts before judges and juries. I represent plaintiffs and defendants in a variety of civil cases. My main focus is employment and tort cases.

Claimed Lawyer Profile
Richard Helm Compare Save
Anchorage, AK Divorce Attorney with 49 years experience
(907) 865-0800 721 Sesame Street, Suite 1-B
Anchorage, AK 99503
Divorce, Family, Legal Malpractice and Medical Malpractice
University of California Hastings College of the Law
Compare Save
Show Preview
View Lawyer Profile Email Lawyer
Awarded a JD degree from the University of California, Hasting College of the Law in 1970. Admitted to the bar in Alaska, the United States District Court for the District of Alaska, the Ninth Circuit Court of Appeals and the United States Supreme Court. Practiced in Alaska from 1970 to the present in the fields of family law, medical malpractice and personal injury. Av rating from Martindale Hubbell, its highest rating by other lawyers and judges.

Claimed Lawyer Profile
Shana Theiler Compare Save
Kenai, AK Divorce Attorney with 16 years experience
(907) 283-5774 105 Trading Bay Rd.
Ste 103
Kenai, AK 99611
Divorce, Criminal, Domestic Violence and Family
Gonzaga University
Compare Save
Show Preview
View Website View Lawyer Profile Email Lawyer
Shana Theiler has earned a reputation on the Kenai Peninsula for being a highly capable, aggressive, knowledgeable attorney; passionate about defending clients against the unreasonable pursuits of soon-to-be ex-spouses as well as protecting individual liberties against an ever pervasive and infringing government. Shana is an experienced attorney in both civil and criminal matters, serving the Kenai Peninsula for over 9 years. Specializing in child custody, equitable division in divorce and developing critical criminal defense strategies, she is always ready to fight the good fight. A skilled trial attorney and highly competent in motion practice (Motion to Suppress, Motion to Dismiss); Her comprehension... 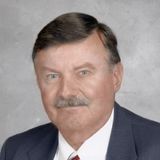