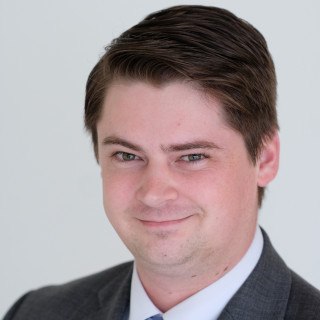 Claimed Lawyer ProfileSocial Media
Christopher R Warthen
Cabot, AR Divorce Lawyer
401 West Pine Street
Cabot, AR 72023
Divorce, Bankruptcy, Domestic Violence and Family
William H. Bowen School of Law
Show Preview
View Lawyer Profile
Chris Warthen has over 14 years of experience in law and medical sciences. His engagements incorporate a broad range of professional expertise, including strategist, chemist, attorney and historian. By bringing all these disciplines to bear on behalf of his clients, Chris provides effective critical thinking that leads to insights into the legal, judicial and human factors that are at play in resolving even the most difficult matters. Chris began his career as a chemist after attaining his Bachelor of Science in Chemistry with a minor in Mathematics at Texas State University in 2000. Following...
Compare Save

Claimed Lawyer ProfileQ&ASocial Media
Steven Pate Harrelson
Little Rock, AR Divorce Attorney with 21 years of experience
(501) 374-2210 1321 Scott St.
Little Rock, AR 72202
Free ConsultationDivorce, Criminal and Family
University of Arkansas - Little Rock
Show Preview
View Website View Lawyer Profile Email Lawyer
Steve Harrelson is licensed to practice law in Arkansas, Texas and Louisiana, and his practice areas include catastrophic injury, wrongful death, and medical malpractice. Steve practices throughout the three state region in state and federal courts. In addition to litigating complex issues inside the courtroom, Steve is also experienced in private negotiations, mediations, and seeking remedies at the administrative level. While Steve enjoys many areas of the legal arena, his passion is preparing for and engaging in the trial by jury. Steve believes in the constitutional right to trial by jury and is willing to protect and preserve this...
Compare Save 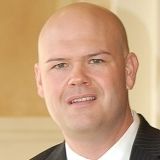 Claimed Lawyer ProfileSocial Media
Mr. Mark Robinette
Little Rock, AR Divorce Attorney with 16 years of experience
(501) 251-1076 415 N McKinley St
Suite 100A
Little Rock, AR 72205
Divorce, Energy, Probate and Real Estate
University of Arkansas - Little Rock
Show Preview
View Website View Lawyer Profile Email Lawyer
I work hard to get you the result you want. There are many ways to solve a legal problem, and I will educate you about your options so that you can make an informed decision. I possess extensive experience in the field in oil and gas matters. I also probate wills, serve as in-state counsel for estates probated in other states, draft real estate contracts, litigate personal injury claims, and help people escape bad marriages in divorce court. I represent clients before Arkansas State Courts, Arkansas Federal District Courts, and the Arkansas Oil and Gas Commission.
Compare Save

Claimed Lawyer ProfileSocial Media
Caroline Curry Lewis
Little Rock, AR Divorce Attorney with 19 years of experience
(800) 603-5100 500 Pleasant Valley Drive
Building C
Little Rock, AR 72227
Free ConsultationDivorce, Bankruptcy and Family
University of Arkansas School of Law
Show Preview
View Website View Lawyer Profile Email Lawyer
Caroline Lewis joined The Brad Hendricks Law Firm in 2009, and has served as its Managing Bankruptcy Attorney since 2013. Originally from Gurdon, Arkansas, Caroline obtained her Bachelor of Arts degree in Russian and Political Science from Ouachita Baptist University in Arkadelphia, Arkansas in 1996. She then earned her Master of Arts degree in Slavic Languages and Literatures from the University of Kansas in 1998. She concluded her education in 2002, when she received her Juris Doctorate from the Univerity of Arkansas in Fayetteville, Arkansas. She is licensed to practice law in all state and federal...
Compare Save 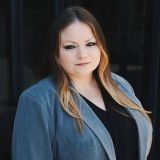 Prior to practicing law, Jennifer worked as a paralegal for eight years in a busy family law firm. Jennifer is a qualified ad litem for children in Domestic Relations and Probate matters and for children in dependency neglect matters. She also worked as a caseworker for the Division of Children and Family Services where she experienced firsthand the value of competent legal representation...
Compare Save 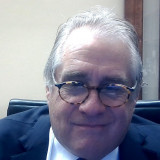 Offers Video ConferencingVideo ConfLittle Rock, AR Divorce Attorney
Divorce, Criminal, Family and Juvenile
Show Preview
View Website View Lawyer Profile Email Lawyer
Starting the day I opened an office, clients have asked: "What's your success rate?" Back In 1982, I said…heck…I just started! Now when I get asked that question today but my answer 40 years later is, look at my results and read my client reviews. I defended people during the most stressful, sorrowful, and angry times in their lives: When a federal or state prosecutor has filed criminal charges against them; or they are battling over the custody of their children or their grandchildren or cheated out of an inherited property, or their Trust money mismanaged. Over...
Compare Save 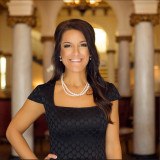 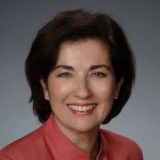 Free ConsultationDivorce, Civil Rights, Family and Personal Injury
The City University of New York School of Law
Show Preview
View Website View Lawyer Profile
I became a lawyer later in life after experiencing first hand as a single mother and business owner how helpless one can feel in a judicial system that seems out of reach to all but those with endless resources. I know what it is like to be faced with the need for legal representation having limited resources and a judicial system that is too often dismissive of those with modest means. I made a vow to never forget how terrified and helpess I felt and how differently many things in my life might have been had I had someone advocating...
Compare Save

Claimed Lawyer ProfileSocial Media
Vincent Morris
Little Rock, AR Divorce Attorney with 16 years of experience
(501) 508-5858 PO Box 45701
3008 South University, Suite #113
Little Rock, AR 72204
Divorce, Criminal, Domestic Violence and Family
Show Preview
View Website View Lawyer Profile Email Lawyer
Vincent Morris is a founding partner member of the Open Access Law Firm, PLLC. Morris co-founded this one of a kind law firm in an effort to provide a market-based solution to the problem of access to justice for all. His work includes developing innovative methods of distributing legal resources and legal advice via multimedia technologies. His passion is combining law and technology in creative ways in order to extend access to justice to all Arkansans, as well as for his clients throughout the nation.

Before entering private practice Vincent Morris was Director of the Arkansas Legal Services Partnership and Director...
Compare Save 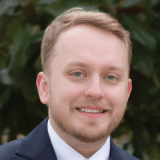 Divorce, Business, Juvenile and Real Estate
Show Preview
View Website View Lawyer Profile Email Lawyer
Nick is an Arkansas native who was raised in the rural area of northern Pulaski County. He attended high school at North Pulaski High in Jacksonville. In 2012 Nick attended Arkansas State University in Jonesboro where he received a Bachelor’s of Science in Business Economics in 2016. That same fall he enrolled at the University of Arkansas at Little Rock –William H. Bowen School of Law. Nick spent part of his time in law school clerking for different firms, including the Davidson Law Firm. Nick strongly believes in zealously representing his clients and dedicates most of his time to his cases. When...
Compare Save 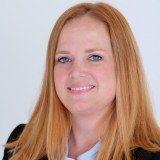 Divorce, Domestic Violence, Family and Juvenile
Show Preview
View Website View Lawyer Profile Email Lawyer
Dave is a retired military veteran who served in the U.S. Army for more than 20 years. After retirement he attended Williams Baptist College where he earned a Bachelors Degree in Education. He attended graduate School at Arkansas State University and earned a Masters Degree in Political Science. After Graduate School, he attended Law School at the William H. Bowen School of Law at the University of Arkansas in Little Rock. After graduation and admission to the Arkansas Bar, Dave began practicing law as a solo practitioner in the areas of criminal law and family law. Over the years...
Compare Save 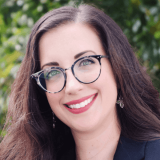 Claimed Lawyer Profile
Sara K Lingo
Little Rock, AR Divorce Attorney
(501) 374-9977 724 Garland Street
Little Rock, AR 72201
Divorce, Family, Personal Injury and Social Security Disability
Show Preview
View Lawyer Profile Email Lawyer
Sara graduated from the University of Central Arkansas with a Bachelor of the Arts degree in Philosophy and Religious Studies in 2008. She earned her Juris Doctorate from the William H. Bowen School of Law in 2012. Sara earned the Top Paper in Advanced Legal Writing for her paper on the Arkansas DNA Statute as it applied to the West Memphis 3 case. Sara’s professional experience is focused primarily in domestic and civil litigation; her volunteer work includes clerking at the American Civil Liberties Union of Arkansas where she assisted the attorneys responsible for the victory in...
Compare Save