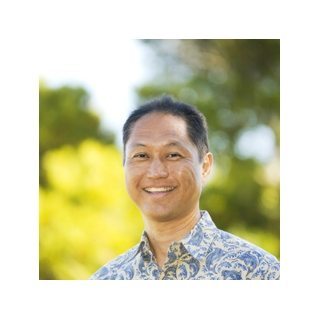 Mitchell S. Wong has been a lawyer in Hawaii since 1991, when he began his career at the law firm of David C. Schutter. At the time, the law firm was known as Schutter & Glickstein, and the focus of the law firm's... Read More »
View Profile
Compare Save
Free Consultation
View Website View Profile Call Email Lawyer Email Lawyer

Claimed Lawyer ProfileLII BronzeSocial Media
Kendal Luke
Honolulu, HI Divorce Attorney with 24 years experience
(808) 593-2199 1600 Kapiolani Boulevard, Suite 1300
Honolulu, HI 96814
Divorce, Bankruptcy, Domestic Violence and Family
South Texas College of Law
Compare Save
Show Preview
View Website View Lawyer Profile Email Lawyer
Kendal was born and raised in Honolulu, Hawai‘i, and graduated from the Kamehameha Schools. He received his Bachelor of Arts in History from Bradley University in Peoria, Illinois, and his Juris Doctorate from the Houston College of Law (formerly South Texas College of Law) in Houston, Texas. Kendal is a member of the Hawaii State Bar Association, the HSBA Family Law Section, and the HSBA Bankruptcy Section, the American Bankruptcy Institute, and the National Association of Consumer Bankruptcy Attorneys. He is also a member of the Bradley University Chapter of Delta Tau Delta. Kendal and his wife are the...

Claimed Lawyer ProfileSocial Media
Justin Lee Sturdivant
Honolulu, HI Divorce Attorney with 15 years experience
(808) 201-3898 1188 Bishop St. Ste. 3108
Honolulu, HI 96813
Free ConsultationDivorce and Family
University of Hawaii - Manoa
Compare Save
Show Preview
View Website View Lawyer Profile Email Lawyer
Since obtaining his J.D. from the University of Hawaii in 2005, Honolulu divorce attorney Justin L. Sturdivant has focused his practice on family law matters. Throughout his legal career, Mr. Sturdivant has worked as a Civil Litigator, Mediator, Custody Evaluator, and Guardian Ad Litem. These experiences have provided him with great insight into the way the family court system functions. All of Mr. Sturdivant’s knowledge and training goes on to benefit his clients. He takes great pride in his work and fully dedicates himself to achieving the best outcome possible in a timely manner. You schedule a free, no-obligation consultation...

Claimed Lawyer ProfileOffers Video ChatSocial Media
Mr. Christopher D Thomas
Honolulu, HI Divorce Attorney with 20 years experience
(808) 261-7710 1001 Bishop Street
Suite 2925
Honolulu, HI 96813
Free ConsultationOffers Video ChatDivorce, Arbitration & Mediation, Domestic Violence and Family
Creighton University
Compare Save
Show Preview
View Website View Lawyer Profile Email Lawyer
As an attorney and counselor at law, Christopher D. Thomas has founded his practice on the principles of assertive, energetic, yet personable representation of clients who face the most difficult of legal challenges. Chris understands the daunting tasks facing those he represents, and approaches these problems with the most proactive and resourceful strategies available. He knows that clients want real results, want them quickly, and in the most cost-effective manner possible. Whether via aggressive courtroom litigation, use of alternative dispute resolution, or just practical down to earth advice, success is founded by moving boldly forward to resolution in the...

Claimed Lawyer ProfileLII GoldSocial Media
Mitchell Wong
Honolulu, HI Divorce Lawyer with 29 years experience
(808) 546-1200 1136 Union Mall
#804
Honolulu, HI 96813
Free ConsultationDivorce, Business, Domestic Violence and Family
University of Minnesota Law School
Compare Save
Show Preview
View Website View Lawyer Profile Email Lawyer
Mitchell S. Wong has been a lawyer in Hawaii since 1991, when he began his career at the law firm of David C. Schutter. At the time, the law firm was known as Schutter & Glickstein, and the focus of the law firm's practice was personal injury and civil litigation. In time, Mr. Wong became a partner at the law firm, which was then restyled as Schutter Dias Smith & Wong. In 2004 Mr. Wong started his present law firm. While Mr. Wong has continued his diverse work in civil litigation, he also expanded his practice to include family... 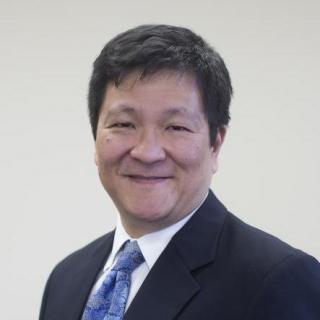 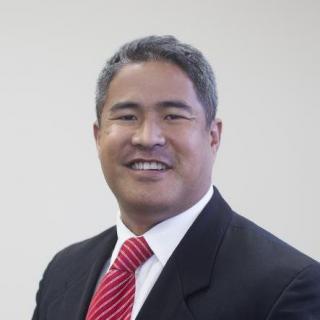 Kendal was born and raised in Honolulu, Hawai‘i, and graduated from the Kamehameha Schools. He received his Bachelor of Arts in History from Bradley University in Peoria, Illinois, and his Juris Doctorate from the... Read More »
View Profile
Compare Save
Contact Now
View Website View Profile Call Email Lawyer Email Lawyer

Claimed Lawyer Profile
Adrienne Sepaniak King
Honolulu, HI Divorce Attorney with 47 years experience
(808) 521-6937 735 Bishop St. #304
Honolulu, HI 96825
Divorce, Arbitration & Mediation and Family
University of Detroit Mercy
Compare Save
Show Preview
View Lawyer Profile Email Lawyer
Adrienne Sepaniak King was born in Detroit, Michigan. She graduated from the Academy of the Sacred Heart in Bloomfield Hills, Michigan in 1965 and from the University of Detroit with a Bachelor of Science Degree B. S. (Biology major, Chemistry, minor) in 1969. She graduated from the University of Detroit Law School in 1972, having served on the Law Review as Articles Editor. She worked as one of the five original interns in the Wayne County Prosecutor’s office under a grant from the Law Enforcement Assistance Administration (LEAA), a U.S. federal agency within the U.S. Dept. of Justice....

Claimed Lawyer Profile
Noah Hoebreckx Gibson
Honolulu, HI Divorce Attorney
900 Fort Street Suite 1400
Honolulu, HI 96813
Free ConsultationDivorce, Criminal, Domestic Violence and Family
Compare Save
Show Preview
View Website View Lawyer Profile Email Lawyer
NOAH H. GIBSON is an associate with Coates & Frey LLLC Family Law Firm where he concentrates in Family Law litigation focusing on Paternity, Custody, Divorce, Post-Divorce and TRO issues, and was just selected by Super Lawyers as a "Rising Star" in the Family Law field, a designation limited to the top 3% of attorneys in the field. Noah is a 1999 graduate of Punahou Schools. He left Hawaii to attend the University of Michigan, Ann Arbor where he received his Degree in Economics. After working in Chicago for a number of years with Zach’s Investment Research, he returned...

Claimed Lawyer ProfileSocial Media
Greg Ryan
Honolulu, HI Divorce Lawyer
(808) 532-9933 1003 Bishop Street, Suite 1110
Honolulu, HI 96813
Divorce, Business, Family and Landlord Tenant
Compare Save
Show Preview
View Website View Lawyer Profile
At Greg Ryan & Associates, we believe in providing quality legal representation at an affordable price. We are here to represent you in your family law and estate planning matters, and we are on your side. We will take the time to really listen to you, and we will work with you to develop a winning strategy. At all times, we will be clear and candid in our assessment of your case, and we will strive to resolve your legal issue completely and expeditiously

HONOLULU, HI 96811
Divorce and Family
Compare Save
Show Preview
View Lawyer Profile Email Lawyer
Attorney Markee practices only in Family Law:
divorces, paternity, restraining orders,
Attorney Markee has over 30 years experience in handling these types of cases. Call him to discuss what is going on with your relationship.
He has handled hundreds of divorces. Each case is different, so you and attorney Markee would need to talk about your situation.
Fees are reasonable.
Attorney Markee will try to finish your case as soon as possible.
536-1220


Honolulu, HI 96814
Divorce, Domestic Violence, Family and Juvenile
Compare Save
Show Preview
View Website View Lawyer Profile Email Lawyer
Honolulu attorney Steve Cedillos received his Bachelor of Arts in Communications at the University of Hawaii, after which he studied at the University of Southern California, School of Professional Writing, where he focused on film and production. For his legal education, Mr. Cedillos studied at the University of Hawaii at Manoa, School of Law, where he received his Juris Doctor degree. Over the course of a legal career spanning more than 20 years, Mr. Cedillos has represented countless clients in criminal defense and family law cases of all types. When you hire Steve Cedillos to represent your...

Claimed Lawyer Profile
Nolan Kimei Yogi
Kapolei, HI Divorce Lawyer with 43 years experience
(808) 672-0105 PO Box 700954
Kapolei, HI 96709
Divorce, Business, Collections and Family
Drake University
Compare Save
Show Preview
View Lawyer Profile Email Lawyer
Nolan K. Yogi is a graduate of the University of Hawaii (Business Administration) and Drake University Law School. He has been in practice for over 31 years in Hawaii and Ohio. He is licensed to practice law in the states of Hawaii, Ohio and California. He is admitted to practice before the United States Supreme Court, US Tax Court, US District Courts in Hawaii and Ohio. He provides experienced legal services in the areas of Divorce, Custody, Paternity, Guardianships, Workers' Compensation, Personal Injury and Accidents, Landlord and Tenant, Home and Small Business counseling and representation, Debt Collection...