Peoria, IL 61602
Free ConsultationDivorce, Appeals, Domestic Violence and Family
Northern Illinois University
Compare Save
Show Preview
View Website View Lawyer Profile Email Lawyer
G. Edward Murphy is the founder of the law firm, and has been one of Peoria, Bloomington, Pekin and Central Illinois' best divorce, custody and family law attorneys and lawyers for the past 28 years. He knows how to litigate your case when necessary, negotiate favorably for you if possible, and win your case for you and your children. He is a skilled trial attorney, but also a capable mediator and problem solver. He has been lead counsel running this firm since he was 26 years old and has been winning ever since for the past 27 years.... 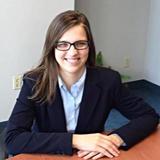 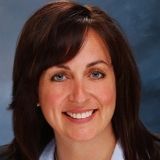 Claimed Lawyer ProfileSocial Media
Christopher S. McCall
Peoria, IL Divorce Lawyer with 17 years experience
(309) 673-1200 1225 N. North Street
Peoria, IL 61606
Free ConsultationDivorce, Criminal, DUI and Family
University of Illinois College of Law
Compare Save
Show Preview
View Website View Lawyer Profile Email Lawyer
Attorney Christopher S. McCall is a Peoria criminal defense lawyer who has dealt with a wide variety of criminal charges and is equipped and qualified to take on your case and support you at this time. He attended the University of Illinois at Urbana-Champaign, where he received his undergraduate degree. From there, he went on to earn his Juris Doctorate at the University of Illinois College of Law at Urbana-Champaign. He has dealt with all kinds of cases and accusations, and his experience can of great benefit to you at this time. Prior to opening McCall Law Offices, he worked... 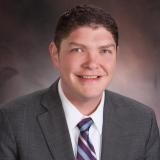 Claimed Lawyer ProfileSocial Media
Brian J. Seckler
Peoria, IL Divorce Lawyer with 6 years experience
(309) 673-0069 411 Hamilton Blvd.
Suite 1900
Peoria, IL 61602
Divorce, Domestic Violence, Family and Nursing Home
Northern Illinois University
Compare Save
Show Preview
View Website View Lawyer Profile Email Lawyer
I help my clients see the big picture as we navigate through the complex issues of your divorce or child-related litigation. We will tailor a strategy together to achieve successful resolution of the issues in your case. Toward that end, I believe it is important for my client to be involved in the decision-making process and make his or her own choices.

Claimed Lawyer ProfileSocial Media
Charles M Miller
Peoria, IL Divorce Lawyer with 12 years experience
(309) 874-4581 416 Main Street
Suite 723
Peoria, IL 61602
Free ConsultationDivorce, Criminal and Family
Compare Save
Show Preview
View Website View Lawyer Profile Email Lawyer
Matthew Miller is an attorney dedicated to assisting individuals throughout Peoria with their various family law and criminal law matters. He recognizes that every individual is going through a situation that is unique to them, and he works to develop strategies that are tailored to fit each client’s specific needs and goals. Mr. Miller is recognized for the effective counsel and representation he provides, and even has an Avvo Rating of 9.5 Excellent. To learn more about working with Attorney Miller, be sure to contact the firm today. 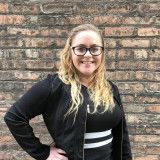 (1 Peer Review)
(815) 726-8500 23 W. Jefferson St.
Joliet, IL 60432
Free ConsultationJoliet, IL Divorce Attorney with 2 years experience
Divorce and Family
The John Marshall Law School
Compare Save
Show Preview
View Website View Lawyer Profile Email Lawyer
Whitney Cameron was the first of her family to go to college and she got her Bachelor’s Degree in Political Science and Economics at Augustana College. She received her Juris Doctorate from The John Marshall Law School in 2017, with honors. Whitney was an editor for The John Marshall Law Review and a member of the The John Marshall Moot Court Honors Program. While studying for her legal degree Whitney devoted over eight credit hours to pro bono and volunteer work. She spent an entire summer in 2016 at the Will County Court House in the Externship Program where...