Claimed Lawyer ProfileSocial Media
Sarah W Hickman
Mandeville, LA Divorce Lawyer with 7 years of experience
(985) 888-8740
Ext. 103 1590 W. Causeway Approach
Suite 2
Mandeville, LA 70471
Free ConsultationDivorce, Estate Planning, Family and Medical Malpractice
Loyola University New Orleans
Show Preview
View Website View Lawyer Profile Email Lawyer
My legal career began long before I went to law school. As a daughter of a prominent New Orleans litigator, I have been around the Law my whole life. I have worked for a law firm in one capacity or another since I was an intern in high school. After getting my bachelors at LSU, I went from a legal assistant and paralegal to an associate attorney in October, 2014. I began attending and assisting at trials in my teens, coming to understand the degree of preparation and attention to detail that marks me as a lawyer today. 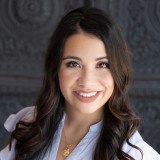 Divorce, Domestic Violence, Estate Planning and Family
Loyola University New Orleans
Show Preview
View Website View Lawyer Profile Email Lawyer
James Graham has worked as an educator in New Orleans. He then served in executive positions in real estate and education. After earning a degree from Loyola Law School, Mr. Graham sought to use his real world experience to benefit clients in his community. He is a member of the New Orleans Bar Association and the American Bar Association. Mr. Graham is admitted to practice before state and district courts in Louisiana.

Offers Video ConferencingVideo ConfDivorce, Criminal, Domestic Violence and Family
Southern University Law Center
Show Preview
View Website View Lawyer Profile
I was born in December of 1967 and raised on the West Bank of New Orleans. After graduating from Brother Martin High School in New Orleans I attended both the University of Alabama and Louisiana State University at Baton Rouge where I graduated with a Bachelor of Arts degree and a Master's degree . I then attended Southern University Law School and obtained a Juris Doctorate in 1998.

Free ConsultationDivorce, DWI, Personal Injury and Traffic Tickets
The Catholic University of America Columbus School of Law
Show Preview
View Website View Lawyer Profile Email Lawyer
Scott Ruel is an attorney located in Madisonville, Louisiana. He is admitted to the Louisiana state bar and graduated from Columbus School of Law in Washington, D.C. He is the owner of The Ruel Law Firm in Madisonville, LA. Mr. Ruel specializes in personal injury law, successions, criminal law, DUI, possession and traffic tickets. Our firm takes cases in all parishes. Free consultations on traffic tickets. We also accept credit cards by phone and email link. If you need legal assistance and want to speak with Mr. Ruel now, call our office at 985-845-7031or visit us at www.ruellaw.net....
Compare Save