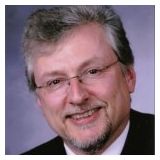 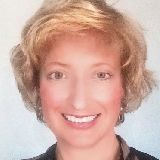 Claimed Lawyer ProfileSocial Media
Rae R Bentz
Ely, MN Divorce Lawyer
(218) 365-3221 One E Chapman Street
PO Box 240
Ely, MN 55731
Divorce, Criminal, Family and Landlord Tenant
Hamline University
Compare Save
Show Preview
View Lawyer Profile
Attorney Rae Bentz practices in the areas of family law, criminal law, estate planning and real estate. Rae understands the emotional nature of family and criminal legal matters and the importance of trust in the attorney client relationship. His practice includes the representation of individuals involved in the some of the most difficult of life's transitions, including divorce, paternity actions, and modification of agreements, custody disputes, prenuptial agreements, enforcement proceedings, and restraining orders. In addition, Rae provides extensive and aggressive criminal defense. He has a vast understanding of criminal procedures for both the state of Minnesota and the Federal Justice... 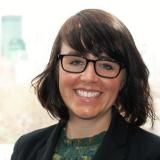 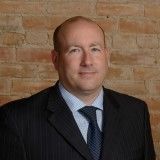 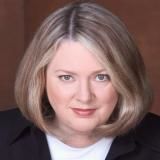 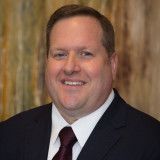 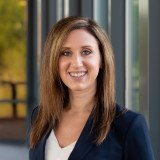 Free Consultation Offers Video Conferencing Video ConfDivorce and Family
University of St. Thomas, Minnesota School of Law
Compare Save
Show Preview
View Website View Lawyer Profile Email Lawyer
Jenna Eisenmenger is a family law attorney at Heimerl & Lammers who has committed her professional skills and experience to pursuing the best for Minnesota’s families. She’s been a vocal and persuasive advocate for parents. Her commitment to parents and their well-being has earned her their respect and praise.

Ms. Eisenmenger has dedicated her practice to the area of family law. During law school Ms. Eisenmenger worked as a certified student attorney for the Office of the Ramsey County Attorney in the Family Law Division, where she represented the County in over 500 child support hearings.

Upon graduating from law school... 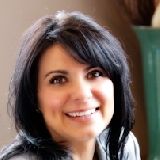 
Free ConsultationDivorce and Family
William Mitchell College of Law
Compare Save
Show Preview
View Website View Lawyer Profile Email Lawyer
Lisa Watson Cyr has devoted her practice to the area of Divorce and Family Law since being admitted to the Minnesota Bar in 1998. Her experience and depth of knowledge ensure that her clients receive the highest quality of representation in dealing with all aspects of family law matters including divorce, custody, parenting time, child support, marital and non-marital property, alimony, and paternity. She is an effective negotiator and skilled litigator, always keeping the best interests of her clients as her sole focus. Although Lisa believes her clients are best served by a negotiated settlement and strives to settle matters...

Free ConsultationDivorce, Domestic Violence, Family and Juvenile
University of Minnesota Law School
Compare Save
Show Preview
View Website View Lawyer Profile Email Lawyer
For more than a decade, Chris Cadem has concentrated his practice on litigation matters in both criminal and civil cases in State and Federal Court. His experience includes more than 100 trials and roughly a dozen appeals, including multiple petitions to the Minnesota Supreme Court. He has successfully litigated cases spanning from simple speeding tickets to first degree murder and first degree criminal sexual conduct. His civil docket includes everything from contract disputes to complex multiparty, million-dollar financial matters. Chris’s clients include an Academy Award nominated actor, family members of court staff, a judge, and thousands of other Minnesotans. 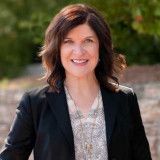 Mary Hahn has honed her skills in the courtroom over the last 25 years, specializing in civil litigation and appellate law, in particular multi-party business litigation, construction law, business contract disputes and divorce proceedings.

She practices in State District Courts and in Federal Court. She has substantial appellate law experience. She serves as the firm’s primary practitioner at the Minnesota Court of Appeals.

Prior to moving to Northfield in 2000, Hahn practiced law at the Atlanta construction law firm of Shapiro, Fussel, Wedge, Smotherman, Martin & Price. 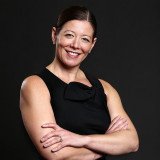 Free ConsultationDivorce and Family
Mitchell Hamline School of Law
Compare Save
Show Preview
View Website View Lawyer Profile Email Lawyer
Katie Lammers leads Heimerl & Lammers’ family law department. She is an experienced attorney practicing in all areas of Minnesota family law. Understanding complex legal issues is only one aspect of being an attorney. A great lawyer also connects with their clients on a personal level. Katie listens carefully to all of her client’s concerns and works in partnership with them to create a collaborative legal plan. While Ms. Lammers has solid litigation and courtroom experience, she promotes the financial and emotional advantages of resolving family law cases through mediation and alternative dispute resolution. Katie attended Arizona State University, where she received her... 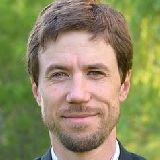 Free ConsultationDivorce and Family
University of Minnesota Law School
Compare Save
Show Preview
View Website View Lawyer Profile Email Lawyer
I am a lawyer living in Robbinsdale, Minnesota, and practicing in Minneapolis and the surrounding Twin Cities area. I enjoy sharing ideas with people, getting active outside, and spending time with my friends and family. I hold degrees in Philosophy and Law from the University of Minnesota. 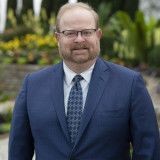 Divorce, Appeals, Arbitration & Mediation and Family
University of Minnesota Law School
Compare Save
Show Preview
View Website View Lawyer Profile Email Lawyer
Thomas Tuft, a native of the East Side of Saint Paul, is a shareholder at Tuft, Lach, Jerabek & O'Connell, PLLC practicing in all areas of family law, including complex divorce, child support, paternity, and child custody. He is a Rule 114 Qualified Neutral, a Social Early Neutral Evaluator (SENE) and a Financial Early Neutral Evaluator (FENE). He has been named among the list of Minnesota SuperLawyers® since 2002 and has been named one of the Top 40 Family Law SuperLawyers in Minnesota since 2004. He has been named to the list of Top 100 Superlawyers in Minnesota each year... 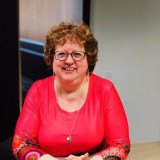 Offers Video Conferencing Video ConfDivorce, Family and Juvenile
William Mitchell College of Law
Compare Save
Show Preview
View Website View Lawyer Profile Email Lawyer
I have been an attorney for 30 years, working exclusively in the area of Family Law. After an initial start handling workers compensation cases, I spent nine years as an assistant county attorney handling child protection, child support, juvenile delinquencies/truancies, guardianships/conservatorships and mental commitments in Southern Minnesota. In the late 90's I headed up a special grant to develop and teach battered women's advocates in basic housing laws along with handling housing and divorce cases. In 2000 I spent 7 months handling bankruptcy cases for families in financial crises. Since 2001, I have worked exclusively on family law matters involving...

Free ConsultationDivorce, Criminal, DWI and Estate Planning
Western Michigan University Cooley Law School
Compare Save
Show Preview
View Website View Lawyer Profile Email Lawyer
Steven Coodin was born and raised in Winnipeg, Manitoba, Canada . He received his Bachelor of Arts Advanced Degree from the University of Manitoba in Winnipeg in 1996. He later attended law school at Thomas Cooley Law School in Lansing, Michigan and graduated in the fall of 2001. He has been practicing law since he was admitted to the Minnesota State Bar in 2002 and primarily works in the area of criminal defense and family law. Steven prides himself in his work ethic and dedication to his client's cases. Steven formed his own solo attorney...
Next
Divorce Lawyers in Nearby CitiesDivorce Lawyers in Nearby Counties
FAQ Lawyers Get Listed