Claimed Lawyer ProfileSocial Media
Daniel J Spence
Carson City, NV Divorce Attorney with 6 years of experience
(775) 721-9944 177 E Seventh Street
Carson City, NV 89701
Free ConsultationDivorce, Native American, Personal Injury and Probate
Barry University
Compare Save
Show Preview
View Website View Lawyer Profile Email Lawyer
Mr. Daniel J. Spence was raised in Carson City, Nevada, where he attended school and college. Mr. Spence attended the University of Nevada, Reno in 2001, where he earned his Bachelor's degree in Science: Business Administration. Soon after, Mr. Spence worked for the Ninth Judicial District Courts in Douglas County from 2003-2010, where he gained a working knowledge of how the legal system functions in Nevada. After building relationships within the legal community he served for seven years, Mr. Spence was inspired to take that knowledge with him to law school, where he obtained his Juris Doctorate Degree with...


Free ConsultationDivorce, Domestic Violence, Family and Personal Injury
University of the Pacific, McGeorge School of Law
Compare Save
Show Preview
View Website View Lawyer Profile Email Lawyer
Lee Hotchkin is one of the most experienced lawyers in Reno area. With over thirty-eight years of experience, he is among the regions most seasoned lawyers, with an array of experience across a wide spectrum of practice areas. Lee attended both the University of California at Davis and The University of the Pacific’s McGeorge School of Law, where he earned his J D. (Juris Doctor) degree in 1980. He is an active member of both the Nevada and California State Bar Associations. His legal experience includes acting as the former Senior Chief Trial Deputy of Washoe County Public Defender's...


Divorce, Criminal, DUI and Family
Thomas Jefferson School of Law
Compare Save
Show Preview
View Website View Lawyer Profile Email Lawyer
Attorney Mathew A. Work is the founding partner of Carlson & Work and is widely regarded as one of Nevada’s top attorneys. Mathew A. Work was born in Henderson, NV where he was raised by his single mother and grandparents.

Divorce, Estate Planning and Family
McGeorge School of Law Univ of the Pacific
Compare Save
Show Preview
View Website View Lawyer Profile
Gloria Petroni is a family law attorney and founder of the Petroni Law Group. She handles cases including divorce, child support, child custody, spousal support, as well as estate planning cases. Ms. Petroni is a State Bar of Nevada Certified Family Law Specialist which means she has met the requirements for experience, and legal knowledge and is in the top eschelon of family law attorneys in Nevada. 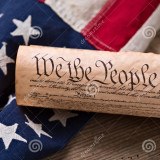 Claimed Lawyer Profile
Roger R Harada
Reno, NV Divorce Attorney with 26 years of experience
(775) 787-7200 475 S. Arlington Ave., Suite 1A
Reno, NV 89501
Divorce, Arbitration & Mediation, Family and Personal Injury
Arizona State University
Compare Save
Show Preview
View Website View Lawyer Profile
At the Law Office of Roger R. Harada, we are dedicated to providing the highest level of legal services to its clients through a commitment to the following three principles: honest and candid communications; a constant and never-ending pursuit of increased professional knowledge and skill; and, hard work and determination. My goal in every matter for which I am retained is to help my clients resolve their legal problems in the most efficient and expedient manner possible while diligently protecting my client's best interests at all times.