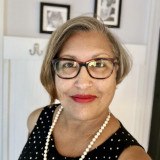 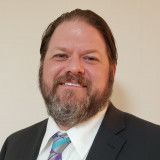 Divorce, DUI, Military and Personal Injury
University of Pennsylvania Law School
Compare Save
Show Preview
View Website View Lawyer Profile Email Lawyer
Larry Weidner II is originally from Oklahoma. He attended Dartmouth College where he received his AB in Economics and Government in 1985. Following his graduation from Dartmouth, Mr. Weidner briefly played rugby in New Zealand. Upon returning to the states, Mr. Weidner attended the University of Pennsylvania School of Law, graduating in 1988. Following his graduation from Penn Law, Larry Weidner joined the U.S. Marine Corps. During his eight years in the Corps. Mr. Weidner served at a variety of duty stations in a number of billets. Principal among them were Chief Trial Counsel for... 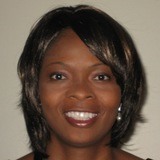 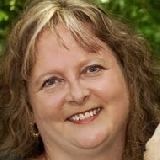 Claimed Lawyer ProfileQ&A
Mary Jane Goodwin
Anderson, SC Divorce Attorney with 30 years of experience
(864) 375-0909 113 N Main St
Anderson, SC 29621
Divorce, Domestic Violence and Family
Compare Save
Show Preview
View Website View Lawyer Profile Email Lawyer
M. J. Goodwin has been a practicing Family Court lawyer in Anderson, South Carolina, and the surrounding counties, since 1991. M. J. Goodwin is a 1987 graduate of Clemson University. She graduated from the School of Law at the University of South Carolina in 1991. She was admitted to the South Carolina Bar that same year. She began her career in Anderson as a prosecutor with the Tenth Circuit Solicitor’s Office. After establishing herself as familiar figure in the Family and Criminal Courtrooms in Anderson, she opened her own firm in 1994. In... 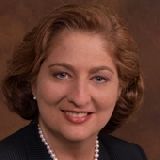 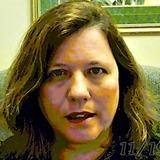 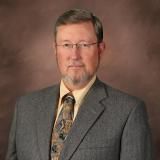 Claimed Lawyer ProfileOffers Video ConferencingSocial Media
William Randall Phipps
Newberry, SC Divorce Attorney with 38 years of experience
(803) 405-0009 1403 Main St.
Newberry, SC 29108
Offers Video Conferencing Video ConfDivorce and Family
University of South Carolina School of Law
Compare Save
Show Preview
View Website View Lawyer Profile Email Lawyer
Overview: I has been practicing law for over 37 years and my statewide practice is limited exclusively to family law and divorce cases. I has an AV rating from Martindale-Hubbell. I served on the Family Law Section Counsel of the South Carolina Bar from 1995 through 2008 and was its President in 2000-2001. I have additionally been a speaker on various family law issues at 25 Continuing Legal Education seminars over the last 22 years and was a member of the Board of Editors for 3 different South Carolina family law publications. Education: I...

Claimed Lawyer ProfileSocial Media
Andrew Blaine Farley
Lexington, SC Divorce Attorney with 15 years of experience
(803) 359-0428 137 East Butler Street
Lexington, SC 29072
Divorce, Criminal, Domestic Violence and Family
Western New England University School of Law
Compare Save
Show Preview
View Website View Lawyer Profile
Divorce is a long and tedious process. If you are in the middle of a divorce and wondering where you can turn to receive the help and support your case requires, look no further than The Farley Law Firm, LLC. A divorce attorney in Lexington is prepared to take on your case and fight for you. When you come to this office, you will receive the help you need for matters pertaining to spousal support and child support. If you are dealing with child custody complications of any kind, it is critical that you have a comprehensive understanding of the... 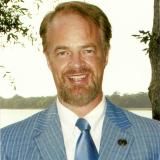 Claimed Lawyer Profile
Eric Erickson
Beaufort, SC Divorce Lawyer with 26 years of experience
(843) 522-9164 One Beaufort Town Center
2015 Boundary Street Suite 328
Beaufort, SC 29902
Free ConsultationDivorce, Civil Rights, Nursing Home and Personal Injury
Western Michigan University Cooley Law School
Compare Save
Show Preview
View Lawyer Profile Email Lawyer
Attorney Eric Erickson was born and raised I Spokane, WA. He is one of five children of Dr. Mayo and Elaine Erickson. He graduated from Washington State University in 1984 and then attended the University of Michigan graduate school to study architecture by day and law at night at the Thomas M. Cooley Law School. Following in the footsteps of his father who was a WWII dentist, Eric entered the military around the time of the Desert Storm as an army medic and later was trained as a doctor's assistant and worked on the ER-trauma team of the...

Nick has handled hundreds of divorce, custody and family cases in South Carolina. He has taken multiple cases to trial in Richland and Lexington Counties. He knows what needs to be done before a case begins, after a case is filed, and throughout litigation to help his clients get the outcome they want.

Nick believes that the goal of every family court attorney should be to get their client through the family court system as expeditiously as...


Offers Video Conferencing Video ConfDivorce, Family, Immigration and Trademarks
Charleston School of Law
Compare Save
Show Preview
View Website View Lawyer Profile Email Lawyer
At Brittany Holmes Law, we do law differently. Our mission is to do more than practice law. We strive to become the law firm that your family can turn to repeatedly for personalized and effective representation. We'll work hard to give you the legal voice that you need to get through the challenging times in your life. We take pride in making sure that families remain together and when that's not possible, coming up with the best course of action to move you forward. We work for you so that you can place your focus elsewhere.

Aside from being widely applauded...

Divorce, Criminal and Family
University of South Carolina School of Law and Old Dominion University
Compare Save
Show Preview
View Website View Lawyer Profile Email Lawyer
Dan Kienker is from Hendersonville North Carolina, and graduated from the University of North Carolina-Asheville with a major in political science. Upon his graduation he entered the United States Air Force as a Second Lieutenant serving 26 years, and retiring with the rank of Full Colonel. His military career includes assignments to Germany, South Korea, Saudi Arabia, Honduras, and Warsaw, Poland where he led a military contact team shortly after the fall of the former Soviet Union.
During his military career he was selected for Command of three combat rated Tactical Control...

Divorce, Criminal, Domestic Violence and Juvenile
Thomas M. Cooley School of Law
Compare Save
Show Preview
View Website View Lawyer Profile Email Lawyer
** What is it like working with me? ** When working with me, what you see is what you get. I’ve been told that I have a strong personality. I am brutally honest, and I won’t sugar coat the facts. That means I’m not afraid to ask and answer the hard questions when working on your case. With that said, you should know that I’m still very approachable, non-judgmental and down to earth. In whatever situation my clients have found themselves in, I’m not here to judge or make them feel bad about themselves. My job is to... 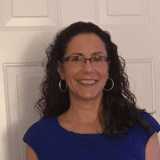 
Divorce and Family
University of South Carolina School of Law
Compare Save
Show Preview
View Website View Lawyer Profile Email Lawyer
I am a native of New England but have been a long time resident of South Carolina, I earned a Master's Degree in counseling and worked in the counseling field prior to attending law school. This has given me a unique advantage over other family law attorneys. I have been in private practice for the past 14 years, focusing exclusively on family law matters. I treat all of my cases as if I had a personal stake in the outcome, and I work very closely with my clients to insure that their interests are being protected. 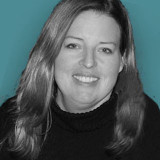 
Divorce, Estate Planning, Family and Military
Judge Advocate General's Legal Center and School and Texas Wesleyan University School of Law - Texas Wesleyan University
Compare Save
Show Preview
View Website View Lawyer Profile Email Lawyer
I am a veteran of the U.S. Army, retiring with about 30 years of service in both the active Army and the Texas National Guard as a Combat Engineer and Judge Advocate. My military experience makes me uniquely qualified to provide legal services to military members, veterans, and retirees in all areas of law.