Claimed Lawyer ProfileQ&A
Nicholas Hay
Decorah, IA Domestic Violence Lawyer with 11 years of experience
(563) 568-7728 308 5th Avenue
Decorah, IA 52101
Free ConsultationDomestic Violence, Civil Rights, Consumer and Criminal
Drake University Law School
Show Preview
View Website View Lawyer Profile Email Lawyer
I have called Iowa home my entire life. My first job offer out of law school brought me to NE Iowa for the first time in my life, and I was disappointed it took me 25 years to see it with my own eyes. I worked for a small general practice firm in Waukon for about 4 years before I left to become my own boss. I have been living the dream and operating my own firm, Hay Law, P.L.C. since June 2015. The vast majority of my time practicing has been dedicated to criminal law whether...
Compare Save

Claimed Lawyer Profile
John Nicholas Capellupo
Cedar Rapids, IA Domestic Violence Attorney with 6 years of experience
(319) 531-1333 228 2nd St SE
Cedar Rapids, IA 52401
Free ConsultationDomestic Violence, Criminal, Divorce and Family
Drake University
Show Preview
View Website View Lawyer Profile Email Lawyer
Born in raised in St. Louis, Missouri, I made my way to Iowa in 2009 to attend Drake University. I obtained a Bachelors Degree in Law, Politics and Society in 2012 and went on to attend Drake University Law School and graduated in 2016. I sat for and passed the Iowa Bar Exam in September 2016 and moved to Cedar Rapids shortly after to begin working for Viner Law Firm. In November 2019, I became a shareholder in the firm. 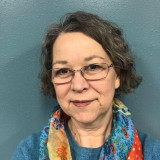 Free ConsultationOffers Video ConferencingVideo ConfSioux City, IA Domestic Violence Lawyer with 13 years of experience
Domestic Violence, Criminal, Divorce and Family
University of Iowa College of Law
Show Preview
View Website View Lawyer Profile Email Lawyer
Attorney Cody Farrens was raised in Decatur, Nebraska working on the family farm. He attended college at the University of Nebraska at Omaha before attending law school at the University of Iowa. While in law school, Cody was on the Jessup International Moot Court Competition and was published in the Journal of Transnational Law and Contemporary Problems. Cody graduated from law school in 2010 and relocated with his family to Sioux City, where he began work at a local law firm focusing on insurance issues, personal injury, family law, and workers’ compensation. He then became a partner at Fankhauser, Farrens &...
Compare Save

Domestic Violence, Divorce and Family
Show Preview
View Website View Lawyer Profile Email Lawyer
Tyler Coe is known for his approachable demeanor and awareness of the many factors that come into play in each case. High conflict cases and financial matters are key areas of emphasis for Tyler. He thoroughly analyzes and collaborates with clients to understand and get to the bottom of complicated relationships.

Domestic Violence, Criminal, DUI and White Collar Crime
Show Preview
View Website View Lawyer Profile
Aaron Hamrock is a founder and partner at McCarthy & Hamrock, P.C., which is dedicated to giving clients in the West Des Moines area the highest quality of criminal defense. With nearly 15 years of experience, Aaron has defended hundreds of clients facing charges including DUI, federal offenses, drug charges, and violent crimes. He believes in giving each client personal attention and respect, and keeping communication open. Aaron pursued a legal career with this goal in mind. His studies began at Central College, where he graduated before earning in Juris Doctor at Drake University. In 1995 he became licensed to practice...
Compare Save