Claimed Lawyer ProfileSocial MediaResponsive Law
Jarrett P Ambeau
BATON ROUGE, LA Domestic Violence Attorney with 11 years experience
(225) 330-7009 343 3rd Street
Suite 500
BATON ROUGE, LA 70801
Free ConsultationDomestic Violence, Criminal, Personal Injury and White Collar Crime
Benjamin N. Cardozo School of Law, Benjamin N. Cardozo School of Law and Paul M. Hebert Law Center, Louisiana State University
Compare Save
Show Preview
View Website View Lawyer Profile Email Lawyer
I am an experienced felony criminal defense trial attorney – bringing more than 40 felony jury trials to verdict in the last nine years. Call me now if you have a serious legal matter and you need immediate assistance. I was born in Ascension Parish and grew up in Baton Rouge. After moving around the south, I settled back home in 1999 where I started back a LSU, concluding with a Law Degree from the Paul Hebert Law Center at LSU in 2008. I began further studies at the University of Florida, School of Pharmacy, where I am... 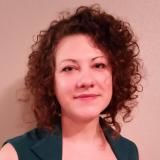 Abbeville, LA 70510
Domestic Violence, Bankruptcy, Divorce and Family
Southern University Law Center
Compare Save
Show Preview
View Website View Lawyer Profile Email Lawyer
I was a paralegal for more than 20 years when I decided to go to law school. I now practice in the same firm with my brother who has owned the firm since 1995.

Use Justia to research and compare Baton Rouge attorneys so that you can make an informed decision when you hire your counsel.