Experienced representation in domestic violence cases. Call for a consultation!


Free ConsultationDomestic Violence, Criminal, DUI and Juvenile
University of Maine - School of Law
Compare Save
Show Preview
View Website View Lawyer Profile Email Lawyer
Prior to going back to college at the age of 27, I was a member of the US Army and served in Korea, Saudi Arabia and Ft. Banning, GA as a Cavalry Scout (19D). During my time in service I made my way up through the enlisted ranks and eventually applied to OCA where I was accepted and began officer training. Unfortunately, due a serious injury sustained prior to the final phase of the course, I was unable to complete my training and eventually left the US Army, receiving an Honorable Discharge for my service to this country.

Claimed Lawyer ProfileOffers Video ChatSocial Media
Dylan R. Boyd
Portland, ME Domestic Violence Lawyer with 10 years of experience
(207) 536-7147 6 City Center
Suite 301
Portland, ME 04101
Free ConsultationOffers Video ChatDomestic Violence
University of Maine School of Law
Compare Save
Show Preview
View Website View Lawyer Profile Email Lawyer
Choosing the right lawyer will make a significant difference in both the experience and the outcome of your case. Dylan Boyd provides outstanding legal representation both inside and outside the courtroom. He has the experience and skill necessary to help you through your legal challenge and to achieve the best result possible in your case.

Free ConsultationDomestic Violence, Appeals, Criminal and DUI
University of Maine School of Law
Compare Save
Show Preview
View Website View Lawyer Profile Email Lawyer
I am a Criminal Defense Lawyer based in Portland, Maine. I defends clients charged with Operating Under the Influence (OUI), Drunk Driving, Operating After Suspension or Habitual Offender Revocation, Drug Possession and Trafficking, Marijuana Offenses, Assault, Sexual Offenses, Prostitution Charges, Probation Violations, Extradition Cases, and all other Criminal matters. I Practice in State and Federal Court at the Trial and Appellate Level and handel cases throughout Cumberland, York and Androscoggin Counties. While, I specialize in Criminal Defense, I work with seven other Lawyers at the FIrm, Fairfield & Associates. Other Attorneys there handel Family Law and divorce, Juvenile Criminal Defense, Personal Injury,... 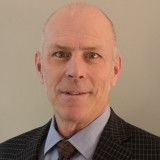 
Domestic Violence, Criminal, Divorce and Probate
Georgetown University Law Center
Compare Save
Show Preview
View Lawyer Profile Email Lawyer
George Washington University, JD, Harvard University B.A. Fifty years experience in cases great and small including winning felony charges by going to jail for contempt, badge of honor, in other words, zealous fighter who thinks and acts outside of the box. Done time for conspiracy to sell Marijuana sale (wrong move, not honorable) then reinstated - like Thomas Moore lay down to bleed awhile and then rise up to fight again! Extensive experience across the board.

Claimed Lawyer ProfileQ&ASocial Media
Albert Hansen
Kennebunk, ME Domestic Violence Lawyer with 23 years of experience
(207) 467-3767 62 Portland Rd., Ste. 44
Kennebunk, ME 04043
Free ConsultationDomestic Violence, Criminal, Divorce and Family
Widener University Delaware School of Law
Compare Save
Show Preview
View Website View Lawyer Profile Email Lawyer
Attorney Hansen's practice areas include DWI and criminal defense, divorce and family law, as well as civil litigation, including court-approved factoring transactions. He graduated from Bates College in 1991 and Delaware Law School in 1996. He is licensed in NH, ME, and MA. As a former prosecutor and criminal contract attorney for NH and ME, Al has extensive courtroom experience with numerous jury and non-jury trials under his belt. He is a member of the NH, ME, and National Associations of Criminal Defense Lawyers, National College for DUI Defense, as well as the NH Bar Association's... 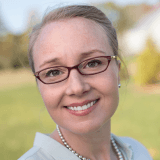 Offers Video ChatDomestic Violence, Criminal, Divorce and Family
Compare Save
Show Preview
View Lawyer Profile Email Lawyer
My practice is client oriented, providing compassionate and reliable direction. I am a lawyer, not a baker, so sugar coating is not a service I offer. I give each client reliable, effective legal representation through difficult times by providing dependable, honest advice and tenacious representation. 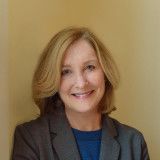 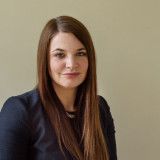