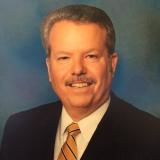 Claimed Lawyer Profile
Rick Harrison
Dallas, TX Domestic Violence Attorney with 33 years of experience
(972) 932-7779 11300 N Central Expressway, Suite 602
Dallas, TX 75243
Domestic Violence, Criminal, DWI and Juvenile
South Texas College of Law
Show Preview
View Website View Lawyer Profile Email Lawyer
Rick Harrison is a highly successful criminal defense attorney who has represented the people of North Texas for over 32 years. He is that rare defense lawyer who offers his clients unmatched experience from both sides of the criminal justice system. As the former District Attorney of Kaufman County and a Past President of the Dallas Criminal Defense Lawyers Association, Mr. Harrison knows better than anyone how the government will investigate and prepare your case, whether it is a misdemeanor or felony charge in State or Federal Court. He has tried cases ranging from DWI to Capital Murder. His reputation...
Compare Save 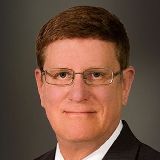 Thereafter, with approval of the...
Compare Save

Free ConsultationDomestic Violence, Civil Rights, Criminal and DWI
University of Houston - Main Campus
Show Preview
View Website View Lawyer Profile Email Lawyer
When you are arrested by the police, you have the right to be angry, but most of all, you have the right to hire a Board Certified defense attorney like Micah Belden and fight back. Call me at 903-744-4252 and start fighting your case today!
Compare Save 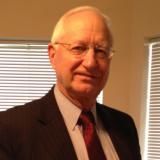 Domestic Violence, Criminal and DWI
Texas A&M University School of Law
Show Preview
View Website View Lawyer Profile Email Lawyer
Steven Clary was born in Winston Salem, NC and moved to Dallas, TX at age seventeen, He served in the U.S. Air Force for 9 and a half years. He is a former flight instructor and currently holds a commercial pilot’s license with an instrument rating and is current in high performance and complex aircraft. He spent many years in the computer field as a software developer and software development manager. Even now many of the computer software products he and his groups developed are running in many major companies in the United States and overseas. He is married and...
Compare Save
Domestic Violence Lawyers in Nearby CitiesDomestic Violence Lawyers in Nearby Counties
FAQ Lawyers Get Listed