Upon graduation, Josh moved back to his hometown...
Compare Save

Upon graduation, Alyse practiced corporate law for a major wireless retail...
Compare Save

Free ConsultationDUI, Criminal, Personal Injury and Traffic Tickets
Show Preview
View Blog View Lawyer Profile Email Lawyer
Corey is an experienced criminal defense lawyer that has received national awards and recognition in the area of criminal defense. Corey was born and raised in Covington county and graduated from Andalusia High School. He attended the University of Alabama where he played football for four years for the Crimson Tide, while earning all SEC academic honors and playing on the 1999 SEC championship team. Corey has been specializing in Criminal Defense and Personal Injury Law for over eleven years. Corey began his practice in 2004...
Compare Save

Claimed Lawyer Profile
William Terry Bullard
DOTHAN, AL DUI Lawyer
(334) 793-5665 707 W. Main Street
DOTHAN, AL 36301
DUI, Criminal, Divorce and Personal Injury
Show Preview
View Lawyer Profile
We specialize in personal injury law. My goal is to make sure you collect as much as you deserve! No initial consult fee for personal injury victims and my representation is free if you don't collect! Uncontested divorces with no children involved, only $300.00 over the court's filing fee. If you or someone you know has been arrested and need immediate help, call me because... Your emergency is my priority.... Call me Today!
Compare Save

Author of the recognized treatise Alabama DUI Defense: The Law and Practice, 5th Edition.
Compare Save

DUI, Criminal, Family and Traffic Tickets
Thomas Jones School of Law
Show Preview
View Website View Lawyer Profile Email Lawyer
I have invested my life in a world of practical and academic experience to achieve balance and explore the liberties of this country. With 11 years of experience in the legal field, you know you can count on me to provide a strategic solutions to any of your legal problems. You can review my credentials from my education, legal experience, and rewards I have received from our community.

Free ConsultationDUI, Arbitration & Mediation, Criminal and Personal Injury
Thomas Goode Jones School of Law, Faulkner University
Show Preview
View Website View Lawyer Profile Email Lawyer
We are DUI and personal injury attorneys. We help folks every week with these same issues. The Walker Law Firm was founded in 1999 by G. Hal Walker, an AV Rated attorney. Today, from out office in Auburn, Alabama, we are able to serve clients around the country. We are one of Alabama's leading family law, personal injury, civil litigation, and federal and state criminal defense law firms. We also specialize in helping college students with their run-ins with the law. We welcome the opportunity to represent a broad range of clients and pursue their cases...
Compare Save 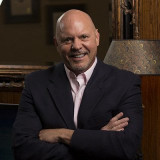 Claimed Lawyer Profile
William Ora Walton III
Auburn, AL DUI Attorney with 38 years of experience
(334) 321-3000 1710 Catherine Court, Suite B
Auburn, AL 36830
DUI, Criminal and Personal Injury
Show Preview
View Lawyer Profile Email Lawyer
After many years of practicing law with a large prestigious firm, Trip Walton decided to build his own firm around a core of attorneys with superior trial skills, who would share the same goal of standing up and fighting for the rights of those who cannot fight for themselves. Trip is a former Golden Gloves Heavyweight Boxing Champion. The values of a fighter are honor, dignity, pride and sportsmanship. Trip learned that aggressive hard work, persistence and diligence pay off – in the boxing ring and in the courtroom. While in college and law school, Trip Walton enjoyed a successful...
Compare Save