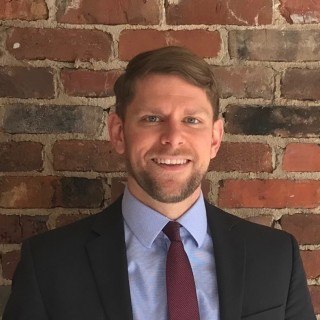 Frank Ward is a DUI lawyer helping clients throughout North Alabama. He became a member of the National College for DUI Defense in 2010 and is a co-author of the Alabama DUI Handbook. He has helped many clients avoid DUI... Read More »
View Profile
Compare Save
Free Consultation
View Website View Profile Call Email Lawyer Email Lawyer

Birmingham, AL 35205
Free ConsultationDUI, Criminal and White Collar Crime
University of Alabama School of Law
Compare Save
Show Preview
View Website View Lawyer Profile Email Lawyer
I have been a NBTA Board certified criminal law specialist since 1984, and concentrate in the areas of white-collar criminal defense and defense of serous crimes that include DUI charges. I have represented lawyers, businness men and woman, mayors, corporations, politicians, doctors and others for over thirty seven years. I am also a former prosecutor. In 2014 Super Lawyers lists me as one of the top 10 lawyers in the State, and I am the only criminal lawyer in the State on that exclusive list. I served on the board of NACDL for 9 years, and am former president of...

Andalusia, AL 36420
Free ConsultationDUI, Criminal, Divorce and Personal Injury
Cumberland School of Law, Samford University
Compare Save
Show Preview
View Website View Lawyer Profile Email Lawyer
EXPERIENCE COUNTS! Criminal Defense including DUI/DWI Defense, Drug & Marijuana Cases, Divorces & Personal Injury. Mr. Scherf has been selected as one of the “Top One Percent” of attorneys in the United States and one of Alabama’s “Top Trial Lawyers”. He has handled cases in almost every county in the state and served as the lead litigator for multiple law firms including Scherf, Griffin & Davis; Scherf, Davis & Gedgoudas; and Scherf Law Firm.

Andalusia, AL 36420
Free ConsultationDUI, Criminal, Personal Injury and Traffic Tickets
Compare Save
Show Preview
View Blog View Lawyer Profile Email Lawyer
Corey is an experienced criminal defense lawyer that has received national awards and recognition in the area of criminal defense. Corey was born and raised in Covington county and graduated from Andalusia High School. He attended the University of Alabama where he played football for four years for the Crimson Tide, while earning all SEC academic honors and playing on the 1999 SEC championship team. Corey has been specializing in Criminal Defense and Personal Injury Law for over eleven years. Corey began his practice in 2004...

Birmingham, AL 35223
DUI, Criminal, Personal Injury and White Collar Crime
Cumberland School of Law, Samford University
Compare Save
Show Preview
View Website View Lawyer Profile Email Lawyer
Derek Drennan has been a dedicated advocate for his clients for over 20 years. He has focused his practice in the defense of citizens accused of crimes both great and small. Aggressively challenging the federal and state government’s attempts to strip his clients of their lives, liberties and their property at each and every opportunity has been a consistent feature of his practice.


Tuscaloosa, AL 35401
Free ConsultationDUI, Cannabis Law, Criminal and Traffic Tickets
University of Alabama School of Law
Compare Save
Show Preview
View Website View Lawyer Profile Email Lawyer
A warrior for the people. Travis spent his younger years fighting for America and is an Iraq War veteran of the Marine Corps. After law school at Alabama, Travis took that fighting spirit to the courtroom. With more than a dozen jury trials under his belt, Travis has the knowledge and skill to fight for you. As a mission-minded lawyer, Travis is driven to reach your objectives. Together, you and Travis can make the tactical moves necessary to put you in the best position to accomplish the mission and reach your goals.

Auburn, AL 36830
Free ConsultationDUI, Arbitration & Mediation, Criminal and Personal Injury
Thomas Goode Jones School of Law, Faulkner University
Compare Save
Show Preview
View Website View Lawyer Profile Email Lawyer
We are DUI and personal injury attorneys. We help folks every week with these same issues. The Walker Law Firm was founded in 1999 by G. Hal Walker, an AV Rated attorney. Today, from out office in Auburn, Alabama, we are able to serve clients around the country. We are one of Alabama's leading family law, personal injury, civil litigation, and federal and state criminal defense law firms. We also specialize in helping college students with their run-ins with the law. We welcome the opportunity to represent a broad range of clients and pursue their cases... 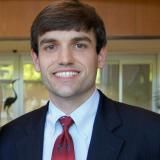 Birmingham, AL 35233
Free ConsultationDUI, Criminal, Divorce and Personal Injury
Cumberland School of Law, Samford University
Compare Save
Show Preview
View Lawyer Profile Email Lawyer
Chris Reid graduated from Samford University in 2006 with a Bachelor of Arts in Political Science. He then received his law degree from Cumberland School of Law in May 2010. Mr. Reid has held policy positions working for the Alabama Policy Institute and the Heritage Foundation in Washington D.C, where he also interned for House Republican Whip Roy Blunt. While in law school, Mr. Reid worked as a summer law clerk for the Alabama Attorney General Office and Rushton, Stakely, Johnston & Garrett (a prominent law firm in Montgomery).Upon graduating law school, Chris held the position of Health and Judiciary... 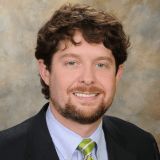 Claimed Lawyer ProfileSocial Media
Lewis W Carter III
Fairhope, AL DUI Lawyer with 1 year experience
(251) 210-8768 82 Plantation Pointe
PMB 176
Fairhope, AL 36532
Free ConsultationDUI and Criminal
Savannah Law School
Compare Save
Show Preview
View Website View Lawyer Profile Email Lawyer
Focusing on Criminal Defense, Lewis W Carter III has experience handling a wide range of criminal charges, including DUI, Leaving the Scene of an Accident, Theft, and Trespass. From the moment that you are charged, you are facing a team of individuals determined to convict you, you need someone on your side that understands the law and is willing to work tirelessly to get you the best outcome possible. The Law Office of Lewis W Carter III can be the team that you need to give you a fighting chance.

Claimed Lawyer ProfileSocial Media
Rod Sylvester
Andalusia, AL DUI Lawyer with 19 years experience
P.O. Box 1054
109 South Cotton St.
Andalusia, AL 36420
Free ConsultationDUI, Criminal, Personal Injury and Social Security Disability
University of Alabama - Tuscaloosa
Compare Save
Show Preview
View Website View Lawyer Profile Email Lawyer
I grew up in Covington County, AL and worked my way through Troy State University graduating with a degree in economics. I worked in a local manufacturing plant for three years and was then accepted to law school at the University of Alabama. I worked my way through law school and then opened my own law practice in Andalusia, AL. I have always possessed a strong work ethic and this is what I will bring to my representation of you. I specialize in Criminal Defense, Social Security Disability and Personal Injury cases. If you or a...

Claimed Lawyer ProfileSocial Media
Jennifer Joyce Tompkins
Montgomery, AL DUI Lawyer with 12 years experience
(334) 356-2888 7011 Fulton ct
Montgomery, AL 36117
DUI, Criminal, Family and Traffic Tickets
Thomas Jones School of Law
Compare Save
Show Preview
View Website View Lawyer Profile Email Lawyer
I have invested my life in a world of practical and academic experience to achieve balance and explore the liberties of this country. With 11 years of experience in the legal field, you know you can count on me to provide a strategic solutions to any of your legal problems. You can review my credentials from my education, legal experience, and rewards I have received from our community.