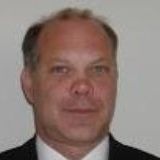 
Pensacola, FL 32506
DUI, Criminal, Personal Injury and Probate
Compare Save
Show Preview
View Website View Lawyer Profile Email Lawyer
James M. Burns, Attorney at Law, hails from Mobile, Alabama, where he was born in 1962. When he was five years old, he moved with his family to Pensacola, Florida. James has lived and worked in the Pensacola area, Escambia and Santa Rosa Counties in Florida, and Baldwin and Mobile Counties in Alabama his whole life. As a member of both the Florida Bar and the Alabama Bar, James is licensed to practice law in both states. James M Burns is a skilled, experienced and aggressive attorney admitted to practice in both Alabama and Florida. Attorney Burns has...

Claimed Lawyer ProfileSocial Media
Kenneth Robert Raines
Fairhope, AL DUI Attorney with 29 years of experience
(251) 517-0528 101 N. Section St.
Fairhope, AL 36532
DUI, Criminal, Divorce and Personal Injury
Cumberland School of Law, Samford University
Compare Save
Show Preview
View Lawyer Profile Email Lawyer
I have over 20 years practicing law and started in Baldwin County, Alabama as an Assistant District Attorney. After becoming the Chief Trial Attorney for the office, I left for private practice and joined Wilkins, Bankester, Biles and Wynne in 1994. I made partner in 4 years and worked there for 20 years. I started Raines law Firm in 2014. I have been the Judge for Silverhill for 19 years, the City Attorney and Prosecutor for Robertsdale for 18 years, the Town Attorney and Prosecutor for Elberta for 6 years, and the City Prosecutor of Gulf Shores for 2 years....

Claimed Lawyer ProfileSocial Media
Lewis W Carter III
Fairhope, AL DUI Lawyer with 2 years of experience
(251) 210-8768 82 Plantation Pointe
PMB 176
Fairhope, AL 36532
Free ConsultationDUI and Criminal
Savannah Law School
Compare Save
Show Preview
View Website View Lawyer Profile Email Lawyer
Focusing on Criminal Defense, Lewis W Carter III has experience handling a wide range of criminal charges, including DUI, Leaving the Scene of an Accident, Theft, and Trespass. From the moment that you are charged, you are facing a team of individuals determined to convict you, you need someone on your side that understands the law and is willing to work tirelessly to get you the best outcome possible. The Law Office of Lewis W Carter III can be the team that you need to give you a fighting chance.

Claimed Lawyer Profile
Domingo Soto
Mobile, AL DUI Attorney with 34 years of experience
465 Dauphin St
Mobile, AL 36602
Free ConsultationDUI, Appeals and Criminal
University of Alabama School of Law
Compare Save
Show Preview
View Website View Lawyer Profile Email Lawyer
Domingo Soto, a graduate of the University of Alabama School of Law, was admitted to the Alabama bar in 1986 and the Texas bar in 1987 (presently on inactive status in Texas). He is admitted and qualified to practice in the U.S. District Courts for the Northern and Southern Districts of Alabama, the Eleventh Circuit Court of Appeals and the U.S. and Alabama Supreme Courts as well as pro hac vice in other jurisdictions. His practice is limited to criminal defense law in both federal and state venues.

Claimed Lawyer Profile
Charles Wright Ham
Fairhope, AL DUI Attorney with 30 years of experience
(251) 928-8200 55 North Section Street
Fairhope, AL 36532
DUI, Appeals, Criminal and Personal Injury
Cumberland School of Law, Samford University
Compare Save
Show Preview
View Website View Lawyer Profile Email Lawyer
From our offices in downtown Fairhope, Ham & Associates, LLC, is prepared to offer experienced and effective representation for matters involving family law, business law, probate law, criminal defense and more. We are more than your lawyers, we are your neighbors. The families of our attorneys have strong roots in the community, going as far back as the 1800s, and we understand how to operate effectively in the Alabama state courts as well as the Mobile and Baldwin area municipal courts. Our friendly staff will guide you every step of the way through your legal matter. Put our experience and our...

Claimed Lawyer Profile
Corey Daniel Bryan
Andalusia, AL DUI Lawyer with 16 years of experience
(334) 222-8220 119 E 3 Notch St
Andalusia, AL 36420
Free ConsultationDUI, Criminal, Personal Injury and Traffic Tickets
Compare Save
Show Preview
View Blog View Lawyer Profile Email Lawyer
Corey is an experienced criminal defense lawyer that has received national awards and recognition in the area of criminal defense. Corey was born and raised in Covington county and graduated from Andalusia High School. He attended the University of Alabama where he played football for four years for the Crimson Tide, while earning all SEC academic honors and playing on the 1999 SEC championship team. Corey has been specializing in Criminal Defense and Personal Injury Law for over eleven years. Corey began his practice in 2004...


Andalusia, AL 36420
Free ConsultationDUI, Criminal, Personal Injury and Social Security Disability
University of Alabama - Tuscaloosa
Compare Save
Show Preview
View Website View Lawyer Profile Email Lawyer
I grew up in Covington County, AL and worked my way through Troy State University graduating with a degree in economics. I worked in a local manufacturing plant for three years and was then accepted to law school at the University of Alabama. I worked my way through law school and then opened my own law practice in Andalusia, AL. I have always possessed a strong work ethic and this is what I will bring to my representation of you. I specialize in Criminal Defense, Social Security Disability and Personal Injury cases. If you or a...

(3 Peer Reviews)
(256) 547-4444 612 S 4th St
Gadsden, AL 35901
Gadsden, AL DUI Lawyer with 11 years of experience
DUI, Criminal, Personal Injury and Traffic Tickets
Birmingham School of Law
Compare Save
Show Preview
View Website View Lawyer Profile Email Lawyer
Dealing with any sort of legal issue is stressful and can take a toll on you, your family and everyone involved. The court processes are often long, drawn out and expensive, and you probably just want to be done with it as soon as possible. Jared Vaughn Attorney at Law understands this, and has dedicated his practice to help his clients through troubled legal waters.


Birmingham, AL 35233
Free ConsultationOffers Video ChatBirmingham, AL DUI Attorney with 4 years of experience
DUI, Appeals, Criminal and Personal Injury
Cumberland School of Law, Samford University
Compare Save
Show Preview
View Website View Lawyer Profile Email Lawyer
Kyle is a lifelong Alabamian who grew up in Attalla, graduated from The University of Alabama, then attended Samford University's Cumberland School of Law. His law practice is built around solving issues for the people and businesses of Alabama so they can do more.