Claimed Lawyer Profile
Domingo Soto
Mobile, AL DUI Attorney with 36 years of experience
465 Dauphin St
Mobile, AL 36602
Free ConsultationDUI, Appeals and Criminal
University of Alabama School of Law
Show Preview
View Website View Lawyer Profile Email Lawyer
Domingo Soto, a graduate of the University of Alabama School of Law, was admitted to the Alabama bar in 1986 and the Texas bar in 1987 (presently on inactive status in Texas). He is admitted and qualified to practice in the U.S. District Courts for the Northern and Southern Districts of Alabama, the Eleventh Circuit Court of Appeals and the U.S. and Alabama Supreme Courts as well as pro hac vice in other jurisdictions. His practice is limited to criminal defense law in both federal and state venues. 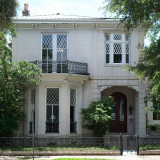 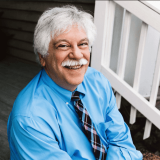 Claimed Lawyer ProfileSocial Media
Joel L. Sogol
Tuscaloosa, AL DUI Attorney with 49 years of experience
(205) 345-0966 811 21st Ave.
Tuscaloosa, AL 35401
Free ConsultationDUI, Civil Rights, Consumer and Personal Injury
University of Alabama School of Law
Show Preview
View Website View Lawyer Profile Email Lawyer
I have decades of legal experience defending and advocating the rights of individuals accused of a crime. I also practice in the areas of personal injury, products liability, civil rights, constitutional law, education law and family law. My extensive trial experience includes both civil and criminal litigation and appeals in the Alabama state, federal, and appellate courts. My practice is built on personal and individual attention. I care about my clients, and I listen to their problems in order to understand their needs and concerns. I promise to do the very best job I can for my clients when providing representation...
Compare Save 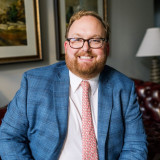 Free ConsultationOffers Video ConferencingVideo ConfBirmingham, AL DUI Attorney with 6 years of experience
DUI, Appeals, Criminal and Personal Injury
Cumberland School of Law, Samford University
Show Preview
View Website View Lawyer Profile Email Lawyer
Kyle is a lifelong Alabamian who grew up in Attalla, graduated from The University of Alabama, then attended Samford University's Cumberland School of Law. His law practice is built around solving issues for the people and businesses of Alabama so they can do more.

Free ConsultationDUI and Traffic Tickets
Cumberland School of Law, Samford University
Show Preview
View Website View Lawyer Profile Email Lawyer
Frank Ward is a DUI lawyer helping clients throughout North Alabama. He became a member of the National College for DUI Defense in 2010 and is a co-author of the Alabama DUI Handbook. He has helped many clients avoid DUI convictions, get their driver licenses back, and expunge DUIs off of their court and criminal records. Recognized among other lawyers for his skill and knowledge in DUI defense, he has given presentations to other lawyers on defending DUI cases.

Free ConsultationOffers Video ConferencingVideo ConfDUI, Criminal, Personal Injury and White Collar Crime
Birmingham School of Law
Show Preview
View Website View Lawyer Profile Email Lawyer
Mr. Crumbley grew up in Huntsville, Alabama. Over the years Mr. Crumbley has developed a broad range of experience, knowledge, and understanding in the paramedical, scientific, and legal fields. He spent thirteen (13) years working in the medical field as a Radiologic Technologist. Most of Mr. Crumbley's efforts during this time period were spent in the surgical and emergency suites of local hospitals. During this period, he developed a solid understanding of the limits of the human body as well as various procedures within the medical field. He also completed undergraduate studies and obtained his law degree during this time...
Compare Save
Next
DUI Lawyers in Nearby CitiesDUI Lawyers in Nearby Counties
FAQ Lawyers Get Listed