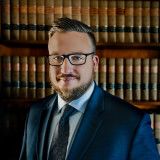 Claimed Lawyer ProfileSocial MediaResponsive Law
Jeffrey Duane Boggs
Tulare, CA DUI Attorney with 4 years of experience
(559) 340-4529 756 E Tulare Ave
Tulare, CA 93274
Free ConsultationDUI, Criminal, Domestic Violence and Juvenile
San Joaquin College of Law
Compare Save
Show Preview
View Website View Lawyer Profile Email Lawyer
We want to help you in the best & fastest way possible. Our goal is to tailor your legal representation to meet your individual needs. We have a hands-on, personal approach and will contact you after every court appearance or movement on your case. We will make availability for meetings/consultations regarding your legal matter and will go the extra mile to guide you through this difficult time.


Offers Video Conferencing Video ConfDUI, Criminal, Estate Planning and Juvenile
Concord Law School
Compare Save
Show Preview
View Website View Lawyer Profile Email Lawyer
A large portion of my practice is devoted to the division of retirement accounts requiring Qualified Domestic Relations Orders or QDRO’s. In this unique area of law, I can bring a sense of calm and order by reviewing and offering advice as to the division of most deferred compensation plans.

Claimed Lawyer ProfileSocial Media
Heberto Avila Sala
Bakersfield, CA DUI Lawyer with 39 years of experience
(661) 322-1708 641 H Street
Bakersfield, CA 93304
Free ConsultationDUI and Criminal
UC Berkeley School of Law Boalt Hall
Compare Save
Show Preview
View Website View Lawyer Profile Email Lawyer
H.A. Sala has been an attorney licensed to practice law in California for 33 years. He has been certified as a legal specialist in Criminal Law by the California Board of Legal Specialization of the State Bar of California for 20 years, and is presently the only practitioner in Kern County to achieve this distinction.

Claimed Lawyer ProfileSocial Media
Christopher Robert Martens
Visalia , CA DUI Attorney with 16 years of experience
(559) 377-7319 100 Willow Plaza
Suite 100
Visalia , CA 93291
Free ConsultationDUI, Criminal, Domestic Violence and Traffic Tickets
Oak Brook COL & Gov't Policy
Compare Save
Show Preview
View Website View Lawyer Profile Email Lawyer
The Law Offices of Christopher Martens is a Team of Individuals working together to provide you with high quality criminal defense for those accused in Fresno, Tulare, and Kings Counties. Three key members make up the team who will defend you when you are charged with a crime. Attorney Christopher Martens, is a graduate of Oak Brook College of Law, and a member of the California State Bar. He has been practicing law since March of 2005 when he was recognized as an attorney and admitted to the State Bar as a licensed Attorney. 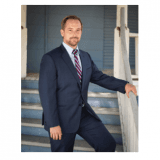 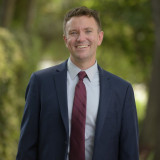 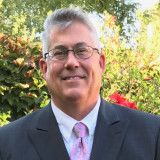 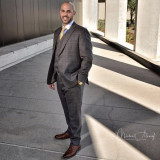 Offers Video Conferencing Video ConfBakersfield, CA DUI Lawyer with 3 years of experience
DUI and Criminal
Pepperdine University School of Law
Compare Save
Show Preview
View Website View Lawyer Profile Email Lawyer
Henry went on to accept a scholarship and commit to Pepperdine University Caruso School of Law, where he ambitiously completed a joint three year Juris Doctorate/ Masters in Dispute Resolution program, graduating in 2016 from the nations #1 Masters in Dispute Resolution program. It was at Pepperdine that Henry mastered the interest based, “below the line” approach to dispute resolution that is so valuable in negotiating excellent settlements for clients throughout his professional practice. Early in his career Henry practiced Family Law, before transitioning to a practice that fulfilled his desire to serve indigent populations. In order to bring that... 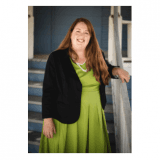