Claimed Lawyer ProfileSocial Media
Mr. Michael J. Shambrook Esq.
Ukiah, CA DUI Lawyer with 12 years experience
(707) 529-5219 456 N. State St., Suite A
Ukiah, CA 95482
Free ConsultationDUI
Empire College, School of Law
Compare Save
Show Preview
View Website View Lawyer Profile Email Lawyer
Clients call me when they want help, irrespective of the type of law. All my clients know I will network them to the lawyer who can best help them specifically with their problem. I specialize in the return of property that has been seized by law enforcement either during a vehicle stop or during the execution of a search warrant. Because of my business experience, often my clients ask me to set up businesses and want my advice on creating legitimate streams of income, opening bank accounts and paying taxes so they can sleep at night. ...

Claimed Lawyer ProfileSocial Media
Joshua M Dale
Monte Rio, CA DUI Lawyer with 26 years experience
19420 Highway 116, POB151
Monte Rio, CA 95462
DUI and Criminal
Compare Save
Show Preview
View Website View Lawyer Profile Email Lawyer
For over 25 years, clients have trusted Josh Dale to handle their cases all over the San Francisco Bay Area - He's always working to save your driver's license, avoid your conviction, keep you out of jail, and minimize the effects of your arrest - DUI and Criminal Defense help in California's San Francisco Bay Area and the North Bay wine country. Award winning defense attorney Joshua M. Dale is available for consultation - call 707-520-4350 or 415 750-4350. Find out how to succeed in court and at the DMV. Josh Dale has been a member of the California DUI... 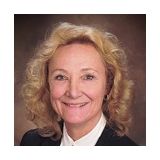 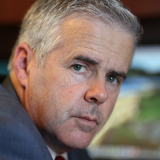 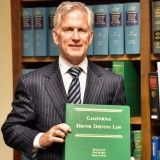 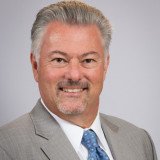 Claimed Lawyer ProfileSocial Media
Mr. Joe J. Vandervoort
Chico, CA DUI Attorney with 47 years experience
1339 Esplanade
Chico, CA 95926
Free ConsultationDUI, Criminal, Domestic Violence and Personal Injury
University of California Hastings College of the Law and University of California - Santa Barbara
Compare Save
Show Preview
View Website View Lawyer Profile Email Lawyer
Dui ONLY. Lawyer in Chico 43+ years. www.California-dui-lawyers.org designates as "SPECIALIST" member.. The ratings are NOT paid for like most ads on the internet or on bill boards etc like Google etc. When you go to www.California-dui-lawyers.com. click on Butte County because lawyers are listed by where their main office is located. Also see my web site at www.duiking.com. I currently have five lawyers who have more experience than any lawyers from Sacramento to the Oregon border. Although we have satellite offices in Glenn County and Sacramento, our main office is located at 1339 esplanade, Chico ....

Claimed Lawyer ProfileQ&ASocial Media
Joshua Kaizuka
Davis, CA DUI Lawyer with 19 years experience
(916) 706-0678 221 G Street, Ste 203
Davis, CA 95616
Free ConsultationDUI and Criminal
University of the Pacific, McGeorge School of Law
Compare Save
Show Preview
View Website View Lawyer Profile Email Lawyer
With over a decade of legal experience, Joshua Kaizuka started as a Deputy Public Defender in Yolo County, then a few years as civil rights attorney, and back to criminal defense as a private attorney. He has vigorously and successfully represented well over a thousand clients in adult and juvenile criminal defense cases from the most minor to serious strike cases from start to finish, including jury trials. His criminal defense work as a private criminal defense attorney for the past four years include a significant number of DUI cases, as well as many cases where clients are accused of... 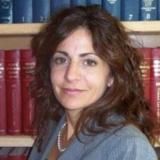