Free Consultation Offers Video Conferencing Video ConfDUI, Cannabis Law, Criminal and Juvenile
Florida State University College of Law
Compare Save
Show Preview
View Website View Lawyer Profile Email Lawyer
Born and raised in Key West, Luke Lanasa founded the Lanasa Law Firm in Tallahassee, Florida after graduating in the top 15% of his class at the Florida State University College of Law. He is the son of a commercial fisherman and grew up in a family that emphasized the cornerstone values of hard work, character, honesty, and service. Those same values continue on today and serve as the founding principles of the firm's philosophy.

DUI
Florida International University College of Law
Compare Save
Show Preview
View Website View Lawyer Profile Email Lawyer
Born and raised in Florida, Aaron Wayt, focuses on defending men and women accused of DUI and other alcohol related crimes in Tallahassee. While attending law school, Aaron Wayt proved his dedication for helping those through law when he earned the Outstanding Pro Bono Service Award from Florida State University College of Law for providing over 500 hours of community service to the Leon County Public Defender’s Office. He has extended his knowledge and practice in blood and breath testing for Driving under the Influence (DUI) cases when he attended the lecture series put on by the...

Claimed Lawyer ProfileSocial Media
Ashley Stone Benedik
Bay County, FL DUI Lawyer with 29 years of experience
(850) 913-0364 433 Harrison Avenue
Panama City, FL 32401
Free ConsultationDUI, Criminal and Juvenile
Paul M. Hebert Law Center, Louisiana State University and Florida State University College of Law
Compare Save
Show Preview
View Website View Lawyer Profile Email Lawyer
Ashley is a Panama City, Florida native practicing criminal defense with a particular interest in helping first time offenders and vacationers who find themselves in trouble with the law. She makes herself available in a variety of ways in order to be convenient to the client. You can have an in office consultation, phone consultation or even an email consultation. Once hired she can correspond through the mail, the phone, email or by text messaging, whichever the client prefers. She will throughly evaluate your case and strive to obtain the best result for your particular situation. Call (850) 913-0364 or... 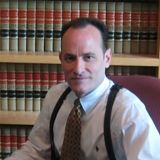