Claimed Lawyer ProfileBlawg SearchSocial Media
Thomas Shawn Lupella Esq.
DeFuniak Springs, FL DUI Lawyer with 16 years of experience
(850) 951-1134 1614-B U.S. Highway 90 West
DeFuniak Springs, FL 32433
Free ConsultationDUI, Criminal, Domestic Violence and Juvenile
University of North Dakota School of Law
Compare Save
Show Preview
View Website View Lawyer Profile Email Lawyer
I have been practicing for over 10 years and over 5000 court cases, ranging from DUIs and Domestic Violence charges–to the most serious and complex felony cases. I have had many jury trials and have represented those charged with capital offenses. I attended law school at the University of North Dakota. While there I focused on trial advocacy and litigation and worked some excellent attorneys at Zimney, Foster, P.C. I worked in the areas of Insurance Defense, Commercial Law, and Federal Criminal Law. After moving to Florida with my family, I started working as a prosecutor for child... 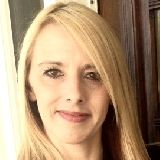 Claimed Lawyer ProfileQ&ASocial MediaResponsive Law
Regina Nichol Fillingim
Pensacola, FL DUI Lawyer with 15 years of experience
(850) 549-5578 209 N. Barcelona St.
Pensacola, FL 32502
Free ConsultationDUI, Criminal, Domestic Violence and Family
Oklahoma City University School of Law
Compare Save
Show Preview
View Website View Lawyer Profile Email Lawyer
The Fillingim Law Firm, P.A. aggressively defends adults and juveniles who have been accused of crimes. Regina N. Fillingim, Esq. has made Criminal Law the primary focus of her career for over 10 years. She worked as a as a prosecutor in Orlando and Pensacola, Florida, where she was trained to prosecute the State's cases, and where she learned best how to tear them apart. A criminal conviction can cause the loss of your freedom, your job, your property, your spouse and children and can follow you for the rest of your life. If you have been charged with a...

Free Consultation Offers Video Conferencing Video ConfDUI, Cannabis Law, Criminal and Personal Injury
St. Mary's University School of Law
Compare Save
Show Preview
View Website View Lawyer Profile Email Lawyer
Collin earned his degree from St. Mary's University School of Law in San Antonio, Texas. He received his undergraduate degree in Business Finance and minors in Economics from Florida State University. He served as a State Prosecutor in Felony, Misdemeanor, Traffic, and Juvenile divisions where he handled over 6,000 criminal cases. He also served as the lead prosecutor as State Attorney Liaison for the Weed and Seed drug program. As a criminal defense attorney Collin defended one of the largest marijuana cases in North Florida in excess of 9,000 lbs. Collin worked as Senior Counsel for the Florida Department... 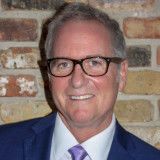 Free Consultation Offers Video Conferencing Video ConfDUI, Criminal, Personal Injury and Traffic Tickets
University of Mississippi
Compare Save
Show Preview
View Website View Lawyer Profile Email Lawyer
James Barnes has been practicing law in Pensacola and surrounding areas for thirty years. His legal expertise is the result of having tried more than one hundred jury trials. His defense method has procured proven results due to countless dismissals, noteworthy favorable plea dispositions, not guilty verdicts and his unmatched trial success rate. One of his cases achieved national attention and was featured on CNN and CourtTV. He has extensive experience resulting from many years, both, representing and defending many types of legal actions.

Every county and courthouse has its own way of doing things. Based on James Barnes' experience and... 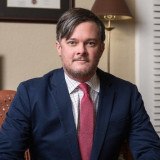 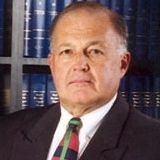 Free Consultation Offers Video Conferencing Video ConfDUI, Criminal, Domestic Violence and Personal Injury
University of Mississippi School of Law
Compare Save
Show Preview
View Website View Lawyer Profile Email Lawyer
Michael John Griffith is a criminal defense attorney in Pensacola, Florida. The Law Office of Michael J. Griffith assists people in Escambia and Santa Rosa Counties who have been charged with or accused of a crime. Our attorneys have over 30 years of experience handling criminal cases and have practiced throughout the United States in drug and sex crime cases. 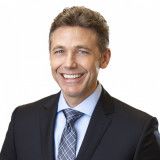 Ryan M. Cardoso is a graduate of the University of South Florida and obtained his Doctor of Jurisprudence from the University of Florida College of Law in 2002 where he graduated with honors. He has been a member of The Florida Bar since 2003 and is... 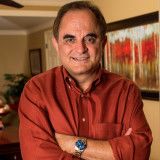 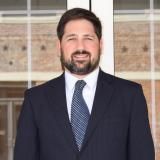 Free ConsultationDUI, Appeals, Criminal and Domestic Violence
Florida State University College of Law
Compare Save
Show Preview
View Website View Lawyer Profile Email Lawyer
John Terrezza was born in Pensacola, Florida, educated at the University of Florida and the Florida State University College of Law, and now focuses his practice on criminal defense. From 2010 to 2015, John lived in Gainesville, Florida where he discovered his passion for criminal defense while working in the office of attorney Lloyd Vipperman Jr. John enjoys the opportunity to get in the courtroom, argue, and defend the rights of persons accused of crimes. John has won acquittals at trial as lead counsel on charges ranging from misdemeanors to those carrying mandatory life sentences. In 2015,...

Claimed Lawyer ProfileOffers Video ConferencingQ&ABlawg SearchSocial Media
Tim Michael Flaherty
Destin, FL DUI Attorney with 20 years of experience
(850) 460-7470 1008 Airport Rd
Suite B
Destin, FL 32541
Free Consultation Offers Video Conferencing Video ConfDUI, Cannabis Law, Criminal and Domestic Violence
Southern Illinois University School of Law
Compare Save
Show Preview
View Website View Lawyer Profile Email Lawyer
My name is Tim Flaherty. I am a Fort Walton Beach criminal defense attorney. Since I passed the Bar in 2001, I have dedicated 100% of my practice to criminal defense. No matter what you are accused of, Flaherty & Merrifield Criminal Defense will not judge you. We will defend you.

Free ConsultationDUI, Administrative, Appeals and Criminal
New York Law School
Compare Save
Show Preview
View Website View Lawyer Profile Email Lawyer
I am an AV-rated former assistant state attorney, former bar counsel and former assistant attorney general with over 24 years experience. I represent people who are being prosecuted by the government. If you are in Florida and have been accused of a crime or your licensing board is trying to discipline you, call me. I can help.
Next
DUI Lawyers in Nearby CitiesDUI Lawyers in Nearby Counties
FAQ Lawyers Get Listed