Claimed Lawyer ProfileSocial MediaResponsive Law
Daniel Cavanaugh
Naples, FL DUI Attorney with 23 years experience
(239) 309-2006 2500 Tamiami Trail North
#218
Naples, FL 34103
Free ConsultationDUI, Criminal, Domestic Violence and Personal Injury
Compare Save
Show Preview
View Website View Lawyer Profile Email Lawyer
Daniel M. Cavanaugh has been a successful trial attorney for over 20 years. He grew up in West Springfield, Massachusetts and moved to Naples in 1997 where he started his legal career. He has been recognized for his trial skills as the recipient of multiple awards including Attorney of the Year at the State Attorneys Office in Fort Myers. Daniel M. Cavanaugh has received the highest possible rating by his peers by being rated AV Preeminent®. 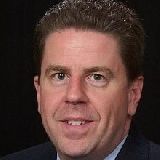 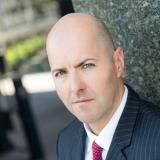 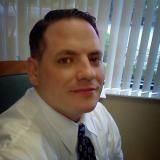 Claimed Lawyer ProfileSocial Media
Kenneth R Turner Jr.
Naples, FL DUI Lawyer with 9 years experience
(239) 400-3733 780 Fifth Avenue South
Suite 200
Naples, FL 34102
Free ConsultationDUI, Criminal, Divorce and Domestic Violence
Compare Save
Show Preview
View Website View Lawyer Profile Email Lawyer
I grew up in northern Kentucky and that is where I learned the value of hard work and compassion. My dad is a retired steel foundry laborer, I watched him come home everyday beat up, sometimes burned, and tired. My mother also worked various jobs in Northern Kentucky to provide for me and my brother. I knew at an early age that I wanted to earn my living helping working people and families like my own. I am very proud to say that I am a first generation attorney. I graduated from Campbell County High School, Northern Kentucky... 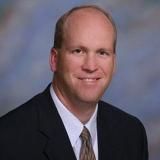 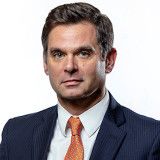 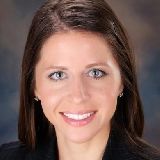 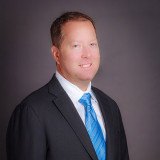 Fort Myers, FL 33907
Free ConsultationDUI, Construction, Maritime and Personal Injury
University of Florida Levin College of Law
Compare Save
Show Preview
View Website View Lawyer Profile Email Lawyer
Attorney Jason Chalik is a personal injury lawyer in Fort Lauderdale and a founding partner of Chalik & Chalik Law Offices. He provides compassionate legal services to people who have suffered due to the negligence of another. If you have been the victim of a personal injury or vehicle accident, he will be a strong advocate on your behalf.

Fort Myers, FL 33901
DUI, Criminal, Divorce and Family
UNLV William S. Boyd School of Law
Compare Save
Show Preview
View Website View Lawyer Profile Email Lawyer
Our firm has extensive experience in both state and federal courts, and we are admitted to practice in the United States District Court for the Middle District of Florida. Whether you have been charged with a misdemeanor, a felony, or a federal crime, we will aggressively defend your case. With a former prosecutor and a board certified criminal trial expert at our firm, it is clear why we have earned a reputation for our strong trial work. Additionally, the firm takes a special interest in assisting minor clients facing juvenile charges. We firmly believe in protecting the futures' of our...

Claimed Lawyer ProfileSocial Media
Brian Lawrence Edwards
Fort Myers, FL DUI Attorney with 19 years experience
(888) 512-6254 2269 Main Street
Fort Myers, FL 33901
DUI, Criminal, Juvenile and Traffic Tickets
University of Oklahoma College of Law
Compare Save
Show Preview
View Website View Lawyer Profile Email Lawyer
Have you found yourself worried about the solidarity of your future due to the heartbreak of a sex crime or violent crime? If so, you need to garner the helpful understanding of a professional in quick succession. The team from the law office of Brian L. Edwards, Esq has more than a decade of experience ready to help you move forward. Don’t let your pain continue any longer than it already has, but instead work towards the effectual case completion that’s deserved. The law office of Brian L. Edwards, Esq is made up of a team of tenacious legal professionals... 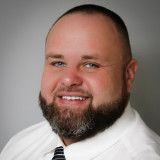 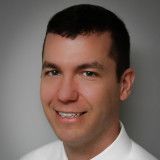 Fort Myers, FL 33901
Free ConsultationDUI, Medical Malpractice, Nursing Home and Personal Injury
University of Miami School of Law
Compare Save
Show Preview
View Website View Lawyer Profile Email Lawyer
Benjamin A.A. Russell joined the Associates and Bruce L. Scheiner, Attorneys for the Injured, as a trial attorney in March 2011. Prior to joining Associates & Bruce L. Scheiner, Attorneys for the Injured, Benjamin was an Assistant State Attorney in Miami-Dade County where he prosecuted numerous cases in both jury and bench trials and was a Division Chief in Juvenile Circuit Court where he trained other Assistant State Attorneys for felony jury trials and represented the State of Florida in Juvenile Drug Court. After fighting for justice in the courts of Miami, Benjamin and his wife Jaime moved to Tupelo,... 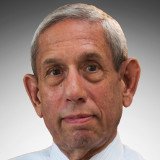 Fort Myers, FL 33901
Free ConsultationDUI, Construction, Medical Malpractice and Personal Injury
University of Miami School of Law
Compare Save
Show Preview
View Website View Lawyer Profile Email Lawyer
Bruce L. Scheiner moved to Fort Myers, Florida after graduating from the University of Miami School of Law in 1970. After almost 40 years representing the injured, Bruce L. Scheiner is one of the most experienced and longest-serving personal injury lawyers in South Florida. Today, with his wife Cheryl, who runs the office, and son Preston, who is an associate attorney, Bruce L. Scheiner hand selects each case the firm represents and partners with one or more of his associate attorneys to provide each client with tough, experienced and aggressive representation, both in the negotiating room ... and in the courtroom.

Claimed Lawyer ProfileSocial MediaResponsive Law
Andrew Paul Marcus
Fort Myers, FL DUI Lawyer with 13 years experience
(239) 214-6230 1625 Hendry Street, Suite 201
Fort Myers, FL 33901
DUI, Consumer, Criminal and Landlord Tenant
University of Miami School of Law
Compare Save
Show Preview
View Lawyer Profile Email Lawyer
Mr. Marcus began his legal career with the State Attorney's Office here in Fort Myers. As an Assistant State Attorney, Mr. Marcus quickly developed a reputation as an ethical, aggressive, and talented trial lawyer. Shortly after being promoted to the felony division, Mr. Marcus was assigned to a firearms docket, where he prosecuted violent felonies involving the use or possession of a firearm, including first-degree murder. Additionally, Mr. Marcus was also designated as a Special Assistant United States Attorney, which allowed him to prosecute federal crimes involving the use or possession of a firearm. During his time as a prosecutor,...

(1 Peer Review)
(239) 324-1146 9160 Forum Corporate Pkwy. Suite 350
Fort Myers, FL 33905-7808
Fort Myers, FL DUI Attorney with 22 years experience
DUI, Criminal, Personal Injury and Traffic Tickets
University of Miami School of Law
Compare Save
Show Preview
View Website View Lawyer Profile Email Lawyer
Confrontations with police, law enforcement, and the government prosecutorial apparatus is very intimidating and is meant to be. The process can be very tolling on an individual and on his or her family, emotionally, psychologically and financially. Representation by a competent, experienced and aggressive lawyer who knows his stuff and who will fight tooth and nail for you is the only way a person stands a chance in this dangerous and intimidating situation. The jeopardy of governmental action against an individual in any form often involves the loss of one's...