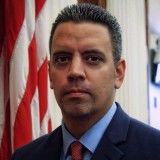 Mr. McLeod's prior experience as a State Prosecutor has given him the skills and insight needed to effectively represent clients at every stage in the criminal justice system.

Panama City Beach, FL 32407
Free ConsultationDUI and Criminal
Ohio State University - Columbus
Compare Save
Show Preview
View Website View Lawyer Profile Email Lawyer
As the founder of the firm Albert J. Sauline, III Attorney at Law, Panama City attorney Albert J. Sauline, III devotes his practice to the area of criminal defense. Attorney Sauline has been licensed to practice law in 2004, and he has been licensed to practice in multiple jurisdictions. Before founding his current practice, Mr. Sauline was an associate at another firm and a state prosecutor. Attorney Sauline received his Juris Doctor from the Ohio State University Moritz College of Law. He practices multiple kinds of criminal defense cases, such as DUI, drug crimes, sex crimes, violent crimes and many...

Panama City, FL 32401
DUI, Criminal and Social Security Disability
Florida State University College of Law
Compare Save
Show Preview
View Website View Lawyer Profile Email Lawyer
After graduating from Florida State University College of Law in the year 2000, Attorney Rusty Shepard became the Assistant State Attorney in Chipley for four years. As a former prosecutor, Mr. Shepard is well-versed in the legal system, judicial processes and how to best anticipate choices on the part of the prosecution in his current cases. Coming up with aggressive and intuitive defense tactics, Attorney Shepard is devoted to obtaining the best possible verdict for his clients, doing everything in his power to have their charges reduced or dismissed altogether. He is the President of the Bay County Chapter at...

Panama City, FL 32401
Free ConsultationDUI, Criminal and Juvenile
Paul M. Hebert Law Center, Louisiana State University and Florida State University College of Law
Compare Save
Show Preview
View Website View Lawyer Profile Email Lawyer
Ashley is a Panama City, Florida native practicing criminal defense with a particular interest in helping first time offenders and vacationers who find themselves in trouble with the law. She makes herself available in a variety of ways in order to be convenient to the client. You can have an in office consultation, phone consultation or even an email consultation. Once hired she can correspond through the mail, the phone, email or by text messaging, whichever the client prefers. She will throughly evaluate your case and strive to obtain the best result for your particular situation. Call (850) 913-0364 or...

Tallahassee, FL 32303
Free ConsultationDUI, Criminal and Domestic Violence
Compare Save
Show Preview
View Website View Lawyer Profile Email Lawyer
After completing her B.A. in Political Science from the University of Michigan, Attorney Rebecca Sonalia received her Juris Doctor from Michigan State University College of Law, graduating cum laude. She is licensed to practice law in the State of Florida and the State of Michigan. Criminal defense law involves helping people through very traumatic times in their life. Attorney Sonalia takes this aspect of her profession very seriously. Her compassionate nature and diligence in keeping her clients informed has truly been an asset to the success of the firm. Musca Law clients have consistently expressed their gratitude... 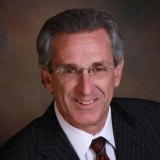 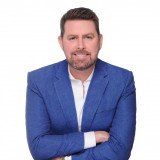 
GAINESVILLE, FL 32602
Free ConsultationOffers Video ChatDUI and Personal Injury
Stetson University College of Law
Compare Save
Show Preview
View Website View Lawyer Profile Email Lawyer
Thank you for taking the time to find out more about me. I am currently a partner with the Meldon Law. Before joining the Meldon law firm in 2009, I practiced law in Daytona Beach with the State’s Attorney Office for almost four years. During my employment as an Assistant State Attorney, I personally handled thousands of criminal cases ranging from misdemeanor DUIs to capital felonies. In 2008, the 7th Judicial Circuit State’s Attorney’s Office promoted me to the Special Prosecution Unit.

I was born and raised in Gainesville and attended the College of William and Mary where I played... 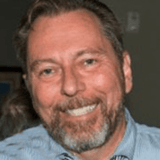 
Sarasota, FL 34243
Free ConsultationOffers Video ChatSarasota, FL DUI Attorney with 39 years experience
DUI and Personal Injury
Case Western Reserve University School of Law
Compare Save
Show Preview
View Website View Lawyer Profile Email Lawyer
Tom Hudson is a board-certified specialist in DUI Defense, one of only four lawyers in Florida with that designation. He is nationally known as an expert in DUI law, and has lectured to other lawyers, paralegals and laymen for over twenty years. In July, 2019, he was a featured speaker at the Summer Session of the National College for DUI Defense, held at Harvard Law School

As a personal injury lawyer, he is a member of the Multi-Million Dollar Advocates Forum, a group restricted to lawyers who have attained success in major civil litigation. 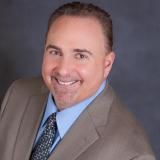 A former Assistant State Attorney in Miami, Florida, Blecher is a member of the Florida Bar, and is admitted to practice law before all Florida courts. 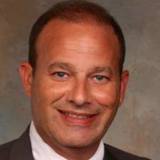 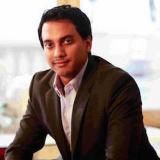 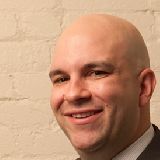 
Tampa, FL 33602
Free ConsultationDUI, Criminal, Domestic Violence and Personal Injury
South Texas College of Law
Compare Save
Show Preview
View Website View Lawyer Profile Email Lawyer
Brett Szematowicz is originally from Chicago, Illinois, but moved to Tampa when he was in 1991. He attended high school locally at Tampa Preparatory School and graduated in 1999. Mr. Szematowicz attended college at The American University in Washington, D.C. and graduated with a B.A. in Justice. While at The American University, Mr. Szematowicz was a member of the highly selective Leadership Program in the School of Public Affairs. Mr. Szematowicz attended South Texas College of Law, located in Houston, Texas. During law school, Mr. Szematowicz interned with the Hillsborough County State Attorney's Office in... 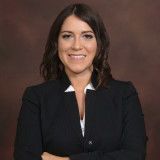 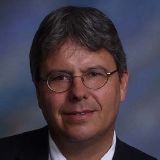