Claimed Lawyer ProfileOffers Video ConferencingSocial MediaResponsive Law
Joshua C. James
Wailuku, HI DUI Attorney with 4 years of experience
(808) 419-6937 2158 Main Street
Suite 101
Wailuku, HI 96793
Offers Video Conferencing Video ConfDUI, Criminal, Estate Planning and Landlord Tenant
Mercer University Walter F. George School of Law
Compare Save
Show Preview
View Website View Lawyer Profile Email Lawyer
I was raised here on Maui. After graduating from Baldwin High, I received my bachelor’s degree from the University of Utah. Following graduation, I attended Mercer University’s Walter F. George School of Law. Having grown up on Maui, I have a unique understanding about the island and its people that many Maui attorneys lack. I know what it means to have the “Spirit of Aloha” that makes our island home so special.

Free ConsultationDUI
California Western School of Law and California Western School of Law
Compare Save
Show Preview
View Website View Lawyer Profile Email Lawyer
Currently my emphasis is on OUI/DUI defense and issues related to the ADLRO, as it relates to driver's license privileges. I also can obtain arrest record expungements for those who qualify. I have practiced law on Maui for over 22 years. I was the first Law Clerk for the Hon. Shackley F. Raffetto (Ret.) and worked for 5 /12 years at the Law Firm of Lowenthal & August before becoming going into my solo-practice of Law, to focus on defending those arrested for driving under the influence. 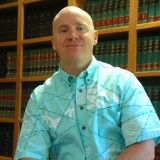 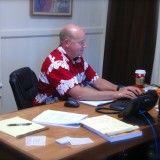 Claimed Lawyer ProfileSocial MediaResponsive Law
Marc J. Victor
Honolulu, HI DUI Attorney with 26 years of experience
(808) 647-2423 1003 Bishop Street
Suite 1260, Pauahi Tower
Honolulu, HI 96813
DUI, Criminal, Personal Injury and White Collar Crime
Southwestern Law School
Compare Save
Show Preview
View Website View Lawyer Profile
I realize there are many law firms competing for the privilege of representing you in your legal matter. I realize you have a difficult decision in determining which law firm would best serve your interests. I have worked hard for the past 21 years to distinguish my law firm from the others, and to build my reputation as an aggressive advocate for my clients offering honest and well reasoned legal advice. As you browse our website, you will quickly get a feel for what we call our “Commitment to Excellence.” Marc J. Victor has represented clients in more than...

Free ConsultationDUI and Criminal
William S. Richardson School of Law
Compare Save
Show Preview
View Lawyer Profile Email Lawyer
Former Deputy Prosecutor and Deputy Public Defender with 31+ years of trial experience, and have worked on Kauai, Maui, and Oahu. Completed over 100 criminal jury trials. Available as an advocate for Clients on all types of Criminal Defense cases; OVUII/DUIs; and Temporary Restraining Orders on the Island of Kauai.

Claimed Lawyer ProfileSocial Media
Jason R Burks
Honolulu, HI DUI Attorney with 21 years of experience
(808) 225-4685 1001 Bishop Street
Suite 1330
Honolulu, HI 96813
Free ConsultationDUI, Criminal and White Collar Crime
University of Hawai'i at Manoa William S. Richardson School of Law
Compare Save
Show Preview
View Website View Lawyer Profile Email Lawyer
I was born and raised in central Missouri and received my bachelor's degree in International Studies from the University of Missouri in 1996. Following graduation, I moved to Honolulu and attended the University of Hawaii's William S. Richardson School of Law where I received my juris doctorate in 1999. After receiving my JD, I served as a law clerk to the Honorable Victoria S. Marks in the First Circuit Court of the State of Hawaii. In 2000, I accepted a position as a Deputy Public Defender for the State of Hawaii and began my legal career working...

Claimed Lawyer ProfileSocial Media
John Matthew Schum Esq.
Honolulu, HI DUI Attorney with 28 years of experience
(808) 235-3363 737 Bishop St.
Suite 1460
Honolulu, HI 96813
Free ConsultationDUI, Criminal, Domestic Violence and Military
University of Virginia and California Western School of Law
Compare Save
Show Preview
View Website View Lawyer Profile
I am an experienced criminal defense attorney on the Island of Oahu, Hawaii providing legal representation in all courts throughout the Hawaiian Islands and to military members anywhere in the world. I am admitted to practice law in California and Hawaii. The focus of my practice is defending civilians and servicemembers accused of a crime. However, I have a full service practice and you do not need to search any further for an attorney to represent you in any matter.