Claimed Lawyer ProfileSocial Media
William K. Gullberg Jr.
Monmouth, IL DUI Lawyer with 43 years of experience
(309) 734-1001 122 W Boston Ave
2nd Floor
Monmouth, IL 61462
Free ConsultationDUI, Criminal and Personal Injury
University of Illinois - Urbana-Champaign
Show Preview
View Website View Lawyer Profile Email Lawyer
Bill Gullberg is an experienced litigator in a range of legal matters. In addition to being licensed to practice law in Illinois, Bill is a member of the National College for DUI Defense, the federal district bar of the Northern and Central Districts of Illinois, and the federal trial bar of the Northern District of Illinois. The difference Bill brings to the case is a passion for representing the rights, freedom, and property of his clients. Experience and professionalism is one thing - experience and professionalism with a true passion and focus for achieving a just and...
Compare Save

Free ConsultationDUI, Cannabis Law, Criminal and Traffic Tickets
Southern Illinois University - Carbondale
Show Preview
View Website View Lawyer Profile Email Lawyer
Jeffrey R. Hall has practiced law since 2004, concentrating in the area of Criminal Law, DUI/DWI and Traffic Law. He began working as an Assistant State’s Attorney in Tazewell County, IL. Prior to that service, Mr. Hall worked as an intern/clerk at the venerable law firm of Miller, Hall & Triggs, LLC where he handled matters in Real Estate and Business. As an Assistant State’s Attorney, Mr. Hall prosecuted in the traffic and misdemeanor divisions, as well as the Felony Traffic Division. Mr. Hall gained experience as an aggressive trial attorney winning most of his...
Compare Save

Claimed Lawyer ProfileSocial Media
Christopher S. McCall
Peoria, IL DUI Lawyer with 19 years of experience
(309) 673-1200 1225 N. North Street
Peoria, IL 61606
Free ConsultationDUI, Criminal, Divorce and Personal Injury
University of Illinois College of Law
Show Preview
View Website View Lawyer Profile Email Lawyer
Attorney Christopher S. McCall is a Peoria criminal defense lawyer who has dealt with a wide variety of criminal charges and is equipped and qualified to take on your case and support you at this time. He attended the University of Illinois at Urbana-Champaign, where he received his undergraduate degree. From there, he went on to earn his Juris Doctorate at the University of Illinois College of Law at Urbana-Champaign. He has dealt with all kinds of cases and accusations, and his experience can of great benefit to you at this time. Prior to opening McCall Law Offices, he worked...
Compare Save

If you have been charged with a crime, you want to know your attorney will take a sincere interest in your case and do...
Compare Save 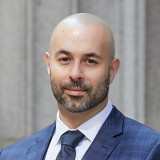 Free ConsultationOffers Video ConferencingVideo ConfRolling Meadows, IL DUI Attorney with 17 years of experience
DUI, Criminal, Domestic Violence and Traffic Tickets
Saint Louis University School of Law
Show Preview
View Website View Lawyer Profile Email Lawyer
When you’re facing tough charges, you need a tough lawyer. Matt Fakhoury is an aggressive criminal defense attorney who will put your needs and your rights first! As a former prosecutor, Mr. Fakhoury knows the legal system from an insider's perspective--and that helps you get the results you deserve. Mr. Fakhoury was also an Adjunct Professor at DePaul University, where he taught law courses in the undergraduate sociology department. With years of experience as a lawyer and professor, Mr. Fakhoury has tried numerous bench and jury trials for his clients with outstanding results. If you were arrested and charged...
Compare Save

Free ConsultationSkokie, IL DUI Lawyer with 34 years of experience
DUI, Criminal and Traffic Tickets
Illinois Institute of Technology
Show Preview
View Website View Lawyer Profile Email Lawyer
David Winer and the Law Office of Winer & Winer have been a presence in LAKE COUNTY for over 30 years specializing in DUI/Traffic & Criminal Ddefense and Secretary of State hearings. It is critical to hire a local lawyer with intimate knowledge of the legal environment. David Winer has been very active as a member of the Criminal/Traffic Law committee and Chairman of the Lake County Lawyer Referral Service and a past member the Editorial Board & Contributing Author of the Lake County Docket and Chairman of the Juvenile Law Committee. Several times DAvid has been chosen to lecture and...
Compare Save
Next
DUI Lawyers in Nearby CitiesDUI Lawyers in Nearby Counties
FAQ Lawyers Get Listed