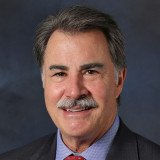 DUI, Criminal, Juvenile and Personal Injury
Tulane University School of Law
Compare Save
Show Preview
View Website View Lawyer Profile Email Lawyer
Phil Prossnitz has been practicing law since 1980 and specializes in criminal defense. He was Chief of the Criminal Division in McHenry County, Illinois before going into private practice in Woodstock, Illinois in 2000. He has handled 17 murder cases, thousands of felony drug cases and thousands of other felony, misdemeanor and DUI charges. He offers a free telephone consultation.


Free Consultation Offers Video Conferencing Video ConfNorthfield, IL DUI Lawyer with 44 years of experience
DUI, Cannabis Law, Criminal and Traffic Tickets
DePaul University
Compare Save
Show Preview
View Website View Lawyer Profile Email Lawyer
Larry A. Davis graduated from Northwestern University (B.A. cum laude, 1973) and DePaul University (J.D. 1976). He is currently the principal of The Davis Law Group, P.C. in Northfield, IL . His practice is now concentrated in the area of DUI Defense and administrative hearings before the Secretary of State. He was a co-drafter of the original Illinois Summary Suspension Law and drafted revisions to the current Illinois MDDP law on behalf of the ISBA. He is a member of the legislative subcommittee for the ISBA Traffic Laws and Courts Section Council. He is a chapter author...

(2 Peer Reviews)
(847) 635-8200 2644 Dempster Street
Suite 101
Park Ridge, IL 60068
Free Consultation Offers Video Conferencing Video ConfPark Ridge, IL DUI Lawyer with 22 years of experience
DUI, Criminal, Domestic Violence and Traffic Tickets
Northwest Suburban Bar Association and Chicago-Kent College of Law, Illinois Institute of Technology
Compare Save
Show Preview
View Website View Lawyer Profile Email Lawyer
Steven Fagan is an experienced defense attorney who devotes his practice to the areas of DUI, criminal, and traffic law in the Chicago community as a member of the knowledgeable team of Fagan, Fagan & Davis. Attorney Fagan received his undergraduate degree from the University of Illinois – Urbana-Champaign in 1995 before earning his Juris Doctor from Chicago-Kent College of Law in 1998. He is admitted to practice law by the Illinois State Bar Association and is a member of the National College for DUI Defense, the National Association of Criminal Defense Lawyers, the Illinois Association of Criminal Defense Lawyers,...


Free Consultation Offers Video Conferencing Video ConfNorthfield, IL DUI Lawyer with 11 years of experience
DUI, Cannabis Law, Criminal and Traffic Tickets
Chicago-Kent College of Law, Illinois Institute of Technology
Compare Save
Show Preview
View Website View Lawyer Profile Email Lawyer
Brandon K. Davis is an Attorney at The Davis Law Group, P.C. where he represents clients charged with DUI, criminal and traffic-related offenses. Mr. Davis regularly represents those facing the suspension, revocation or cancellation of their driving privileges. Mr. Davis received his Bachelor of Arts Degree from the University of Wisconsin-Madison with a major in Political Science and a minor in Business. Mr. Davis received his J.D. from Chicago-Kent College of Law. Mr. Davis is a member of the Illinois State Bar Association as well as the Chicago Bar Association.