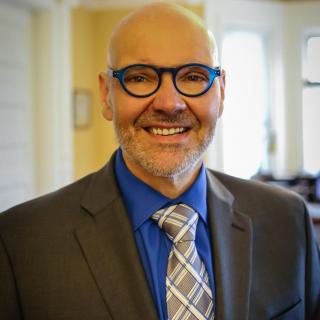 I am a DUI defense attorney with unique insight and experience. I provide aggressive legal representation to fight your DUI charges! Visit my website to see testimonials and case results. Call for a free consultation. Read More »
10.0

Free ConsultationDUI, Criminal, Domestic Violence and Traffic Tickets
Compare Save
Show Preview
View Website View Lawyer Profile Email Lawyer
Nrupa Patel joined the BRE Law team as a partner in June of 2017. Nrupa is an experienced litigator, having served as a Macon County prosecutor for four years. During her time there, she handled a variety of matters, including: felonies, traffic cases, domestic batteries, and juvenile delinquencies.

Free ConsultationDUI, Criminal, Divorce and Immigration
University of Iowa
Compare Save
Show Preview
View Website View Lawyer Profile Email Lawyer
Attorney Lauren A. Anaya has over 20 years' experience in the practice of law and is ready to put her experience to work for you. Dr. Anaya began her legal career with the United States Department of Justice after being hired pursuant to the Attorney General's Honors Program, the largest and most prestigious federal entry-level attorney hiring program of its kind. She served with the Executive Office for Immigration Review and subsequently went to work for the Immigration and Naturalization Service (INS) in the Office of the General Counsel. She knows immigration law and can assist...

Free ConsultationDUI, Cannabis Law, Criminal and Traffic Tickets
Southern Illinois University - Carbondale
Compare Save
Show Preview
View Website View Lawyer Profile Email Lawyer
Jeffrey R. Hall has practiced law since 2004, concentrating in the area of Criminal Law, DUI/DWI and Traffic Law. He began working as an Assistant State’s Attorney in Tazewell County, IL. Prior to that service, Mr. Hall worked as an intern/clerk at the venerable law firm of Miller, Hall & Triggs, LLC where he handled matters in Real Estate and Business. As an Assistant State’s Attorney, Mr. Hall prosecuted in the traffic and misdemeanor divisions, as well as the Felony Traffic Division. Mr. Hall gained experience as an aggressive trial attorney winning most of his...
Next
DUI Lawyers in Nearby CitiesDUI Lawyers in Nearby Counties
FAQ Lawyers Get Listed