Claimed Lawyer ProfileSocial Media
William K. Gullberg Jr.
Peoria, IL DUI Lawyer with 41 years of experience
(309) 222-2433 809 W Detweiller Dr
#800
Peoria, IL 61615
Free ConsultationDUI, Criminal and Personal Injury
University of Illinois - Urbana-Champaign
Compare Save
Show Preview
View Website View Lawyer Profile Email Lawyer
Bill Gullberg is an experienced litigator in a range of legal matters. In addition to being licensed to practice law in Illinois, Bill is a member of the National College for DUI Defense, the federal district bar of the Northern and Central Districts of Illinois, and the federal trial bar of the Northern District of Illinois. The difference Bill brings to the case is a passion for representing the rights, freedom, and property of his clients. Experience and professionalism is one thing - experience and professionalism with a true passion and focus for achieving a just and... 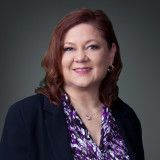 What am I good at?
* Explaining how the law works in plain English
* Analyzing your case & providing options
* Transparency in fees & expectations

What do I charge?
Every case is different so I don’t have “standard rates” on a chart from which I quote. Many cases are charged on a flat fee basis, like criminal and traffic. I promise to provide you with a clear and transparent pricing... 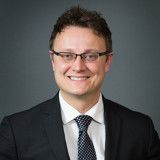 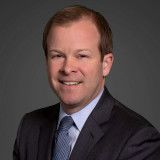 
Free ConsultationOffers Video ChatRolling Meadows, IL DUI Attorney with 5 years of experience
DUI, Criminal and Traffic Tickets
The John Marshall Law School
Compare Save
Show Preview
View Website View Lawyer Profile Email Lawyer
Cary is an aggressive and experienced DUI Defense attorney who was selected as one of the “10 Best DUI/DWI Attorneys” in Illinois by the American Institute of DUI/DWI Attorneys in both 2017 and 2018. He was also recognized by SuperLawyers in the field of DUI (2017, 2018 & 2019), a designation given to just 2.5% of attorneys in Illinois. Additionally, Cary was selected as a “Top 10 Criminal Defense Attorney Under 40” by the National Academy of Criminal Defense Attorneys.


Free ConsultationOffers Video ChatSchaumburg, IL DUI Attorney with 28 years of experience
DUI, Criminal, Domestic Violence and White Collar Crime
Western Michigan University Cooley Law School
Compare Save
Show Preview
View Website View Lawyer Profile Email Lawyer
-Over 26 years of experience handling criminal cases in Cook County, DuPage County and Kane County, as well as federal courts as far away as Las Vegas.
-Rated “Superb”, the highest classification possible by AVVO, the organization that rates every attorney in the nation.
-Recognized as one of the "Top 100 Criminal Defense Trial Lawyers" by The National Trial Lawyers. This designation is only reserved for the “best of the best” and only for a very few distinguished attorneys.
-Named a "Best DWI Attorney" by Best DWI Attorney in 2017.
-Recognized as...
Next
DUI Lawyers in Nearby CitiesDUI Lawyers in Nearby Counties
FAQ Lawyers Get Listed