Free ConsultationDUI, Criminal, Personal Injury and Traffic Tickets
University of Illinois College of Law
Compare Save
Show Preview
View Website View Lawyer Profile Email Lawyer
Experienced professional legal representation for criminal defense, drug cases, divorce, child custody and support, adoption, domestic violence, DUI/DWI, lawsuits, trials and appeals. Gary Wangler is an experienced attorney practicing in the Metro East and greater Southern Illinois area. Contact Gary Wangler with your legal questions or concerns at (618) 206-6232 or at (618) 514-3286 or by email at:garywanglerlaw@gmail.com. Gary Wangler is a graduate of the University of Illinois College of Law. He is licensed to practice before the Illinois Supreme Court, the Fifth District Appellate Court and the United States District Court for the Southern District of Illinois. He has... 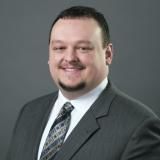 Claimed Lawyer ProfileSocial Media
Colin Artinger
Belleville, IL DUI Attorney with 3 years of experience
(618) 920-6439 15 N. 1st St. (Suite 200)
Belleville, IL 62220
Free ConsultationArbitration & Mediation
Saint Louis University School of Law
Compare Save
Show Preview
View Website View Lawyer Profile Email Lawyer
Attorney Colin Artinger is the founder of Artinger Law, LLC and has distinguished himself as one of the St. Louis market's premier contract drafting attorneys focusing his practice on uncontested family law matters, estate planning, Qualified Domestic Relations Orders, and business law. Colin values that his work allows him to make a direct, positive impact on the lives of people who have experienced stressful or exciting events, such as navigating a divorce or starting a business. He has a genuine compassion for helping clients who need the services Artinger Law can offer.

Prior to law school, Colin graduated from Saint Louis...

Free ConsultationDUI, Criminal, Divorce and Traffic Tickets
Compare Save
Show Preview
View Website View Lawyer Profile Email Lawyer
I am a former prosecutor for Jackson, St. Clair, and Union Counties with extensive trial experience ready to help you when you need it most.