West Des Moines, IA 50266
Free ConsultationDUI and Criminal
Drake University Law School
Compare Save
Show Preview
View Blog View Lawyer Profile Email Lawyer
Mr. Rehkemper was selected to Super Lawyers 2013, and has repeatedly been named Avvo’s Client Choice and Top Attorney for DUI defense with a Superb rating of 10.0 out of a possible 10.0. Mr. Rehkemper is the State of Iowa Delegate for the National College of DUI Defense and is also a Board Member for the Iowa Association of Criminal Defense Lawyers and Criminal Defense Core Group for the Iowa Association for Justice. A frequent speaker at attorney education seminars, Mr. Rehkemper has distinguished himself as a premier defense attorney in the State of Iowa for drunk driving...

Des Moines, IA 50312
Free ConsultationOffers Video ChatDUI, Criminal, Employment and Personal Injury
Compare Save
Show Preview
View Website View Lawyer Profile Email Lawyer
Facing the threat of criminal prosecution or a lawsuit can be daunting. Colt Moss will bring energy and verve to your situation. He takes great satisfaction in helping his clients solve problems that they cannot solve on their own. Colt wants to help you navigate whatever problems life has created for you and is determined to be there with you every step of the way. “I stress the importance of communicating with my clients throughout the process,” Colt says. “I want to help them find hope and optimism in an otherwise challenging time.” Using creativity and hard work, Colt will...

Claimed Lawyer Profile
Daniel Joseph Rothman
West Des Moines, IA DUI Lawyer with 18 years experience
(515) 267-9000 1701 48th Street Suite 100
West Des Moines, IA 50266
Free ConsultationDUI, Criminal, Traffic Tickets and White Collar Crime
Drake University Law School
Compare Save
Show Preview
View Website View Lawyer Profile Email Lawyer
Daniel J. Rothman has been practicing criminal law since his admission to the bar in 2002. He is a former prosecutor of 7 years having worked in the Story County Attorney's office and as the senior member of the OWI Division of the Polk County Attorney’s Office until March of 2009. During his time as an OWI prosecutor, Mr. Rothman was an instructor for the Prosecutors Training Council’s Annual Officer’s training school on OWI law and a presenter for the Central Iowa Traffic Safety Task Force’s annual training regarding OWI law. Mr. Rothman was invited to teach other attorneys in... 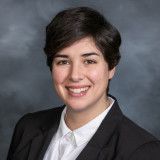 
Cedar Rapids, IA 52401
DUI, Criminal and Immigration
Compare Save
Show Preview
View Website View Lawyer Profile Email Lawyer
Raphael (Ray) Scheetz founded the Law Offices of Raphael M. Scheetz in 1994 to focus his attention on the practice of criminal defense and immigration cases. Mr. Scheetz has successfully represented hundreds of clients. The cases included persons who want to apply to become American citizens, and American citizens who want to petition for their spouse, fiancée, children, parents, or brothers or sisters that live outside of the United States. Mr. Scheetz has also successfully represented hundreds of persons accused of Federal and State criminal offenses. He has been lead defense counsel in approximately ninety jury trials in State...

Iowa City, IA 52245
Free ConsultationDUI and Criminal
University of Iowa
Compare Save
Show Preview
View Website View Lawyer Profile Email Lawyer
As a licensed attorney in both Iowa and California, Adam Pollack has been practicing law since 1998. As a former prosecutor for Johnson County (Iowa City area), Adam Pollack has an experienced and nuanced view regarding the complexities of the criminal justice system. Pollack has practiced criminal defense in Iowa for over a decade.