Wichita, KS 67202
Free ConsultationDUI, Criminal, Domestic Violence and Traffic Tickets
Washburn University School of Law
Compare Save
Show Preview
View Website View Lawyer Profile Email Lawyer
With a 10.0 Superb Avvo Rating, three consecutive years named to Rising Stars?, and the Avvo Clients’ Choice Award for 2016, Attorney C. Ryan Gering has earned a reputation as one the Wichita criminal defense lawyer clients can count on for committed, relentless legal defense. As one of the founding partners at Hulnick, Stang, Gering & Leavitt, Mr. Gering has committed his practice to ensuring each client gets the representation they need when their rights are on the line. If you were charged with DUI or a more serious violent crime, you can count on their firm to help you...

Claimed Lawyer ProfileSocial Media
John Stang
Sedgwick County, KS DUI Attorney with 32 years of experience
(316) 665-7227 310 W Central Ave
Suite 111
Wichita, KS 67202
Free ConsultationDUI, Cannabis Law and Criminal
Washburn University School of Law
Compare Save
Show Preview
View Website View Lawyer Profile Email Lawyer
For over 30 years, Attorney John Stang has been the Wichita criminal defense lawyer his clients can trust for relentless representation when their rights are on the line. As one of the founding partners at Hulnick, Stang, Gering & Leavitt, Mr. Stang has earned a reputation as a legal advocate who understands the law and how to make the best use of each client’s available legal options. If you were charged with a criminal offense, get help from a 10.0 Superb Avvo Rated attorney by calling Hulnick, Stang, Gering & Leavitt today and scheduling your free consultation. They can help...

Claimed Lawyer ProfileSocial Media
John Matthew Leavitt
Sedgwick County, KS DUI Lawyer with 10 years of experience
(316) 665-7227 310 W Central Avenue
Suite 111
Wichita, KS 67202
Free ConsultationDUI, Criminal, Traffic Tickets and White Collar Crime
University of Kansas School of Law
Compare Save
Show Preview
View Website View Lawyer Profile Email Lawyer
With nearly a decade in practice and a 10.0 Superb Avvo Rating, Attorney John Leavitt has built a reputation as the Wichita criminal defense lawyer clients can rely on for strong representation and effective legal defense. With two years being named to Rising Stars?, Mr. Leavitt understands the importance of thorough planning and relentless fight when it comes to protecting the rights and futures of his clients. If you were charged with a criminal offense, contact the team at Hulnick, Stang, Gering & Leavitt today to schedule your free consultation and get started planning your defense. You don’t have to...

Claimed Lawyer ProfileSocial Media
Roger Falk
Sedgwick County, KS DUI Attorney with 41 years of experience
(316) 265-5115 Wichita, KS 67202
Free ConsultationDUI, Appeals and Criminal
Washburn University
Compare Save
Show Preview
View Lawyer Profile Email Lawyer
I limit my practice to representation of persons charged with a criminal offense. I am admitted to Practice in the State of Kansas, U.S. District Court for the District of Kansas, 10th Circuit Court of Appeals, and the U.S. Supreme Court. We are here to help you if you are charged with a crime.

Claimed Lawyer ProfileSocial Media
Leslie Hulnick
Sedgwick County, KS DUI Lawyer with 45 years of experience
(316) 665-7227 310 W Central Ave
Suite 111
Wichita, KS 67202
Free ConsultationDUI and Criminal
University of Denver
Compare Save
Show Preview
View Website View Lawyer Profile Email Lawyer
With over 40 years of proven legal experience fighting for the rights of his clients, Attorney Leslie Hulnick has earned a strong reputation in the legal community as the Wichita criminal defense lawyer clients can trust. With a 10.0 Superb Avvo Rating, an AV Preeminent® Rating from Martindale-Hubbell®, and being named among Super Lawyers® for the years 2010-2015. As one of the founding partners at Hulnick, Stang, Gering & Leavitt, he offers free consultations to protect the rights of those whose rights are in jeopardy. Whether you were charged with DUI or a violent crime, call their team today to...

Claimed Lawyer ProfileSocial Media
Jonathan W. McConnell
Sedgwick County, KS DUI Lawyer with 10 years of experience
(316) 243-5903 328 East 1st Street North
Wichita, KS 67202
Free ConsultationDUI, Cannabis Law, Criminal and White Collar Crime
St. Thomas University School of Law
Compare Save
Show Preview
View Website View Lawyer Profile Email Lawyer
Jon McConnell was inspired to pursue law because of an inherent need to help others. His father is a pastor, and Jon knew at an early age that he would either follow in his father’s footsteps or become a defense attorney. However, Jon feels the most reward when he protects someone who is at the lowest point of their lives. They don’t have a friend in the world and have nowhere else to turn. Helping others brings out the best in Jon. In order to do the most good, Jon fulfilled his calling by becoming an attorney. Jon doesn’t pass...

Claimed Lawyer ProfileSocial Media
Julia A. Leth-Perez
Sedgwick County, KS DUI Attorney with 4 years of experience
(316) 263-5601 1223 East First Street
Wichita, KS 67214
DUI, Criminal, Domestic Violence and Traffic Tickets
University of Kansas School of Law
Compare Save
Show Preview
View Website View Lawyer Profile Email Lawyer
I began my criminal law career at the Miami County Attorney’s Office under Elizabeth Sweeney-Reeder. During my time as a prosecutor I worked in Juvenile, Domestic Violence, Misdemeanor Traffic, Misdemeanor Crimes, Field and Game, DUI, and Felony Failure to Register cases. This broad spectrum allowed me to gain great knowledge of criminal law. After leaving the County Attorney's Office in December of 2017, I then went to work for Cameron & Herrman, P.A, a very well-known firm in Wichita, Kansas. I work zealously to defend the rights of my clients in Criminal, Traffic, DUI, and Family Law. 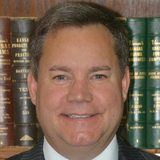 
Garnett, KS 66032-371
Free ConsultationDUI, Divorce, Family and Insurance Claims
Washburn University School of Law
Compare Save
Show Preview
View Website View Lawyer Profile Email Lawyer
In the last 30 years the main areas of Law I practice are Personal Injury, Domestic Law (Divorce and Custody issues) and Criminal Law with significant Court Room Experience in all the above areas with over 20 Jury Trials in 5 different Counties covering the Eastern portion of the State of Kansas. 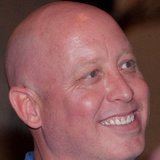 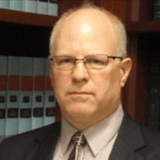 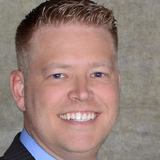 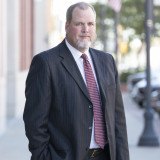 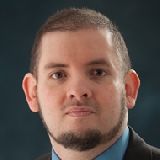 Claimed Lawyer Profile
Joseph C Baca
Sumner County, KS DUI Lawyer
(620) 440-1449 204 East Lincoln
Suite 102
Wellington, KS 67152
DUI, Collections, Criminal and Divorce
University of Kansas
Compare Save
Show Preview
View Website View Lawyer Profile
Joseph Baca is a licensed Kansas attorney primarily serving clients in Sumner County, Kingman County, and Harper County. He is a former prosecuting attorney and has also served as prior legal counsel for various credit and lending agencies performing mortgage foreclosures and financial collection actions. These legal positions have afforded him experience from the initiation of a case through jury trial. Joseph has an extensive history in Kansas legal practice. His experience in prosecution has given him unique insight into providing clients with a better understanding of the criminal proceedings in which they take part, as well as in the... 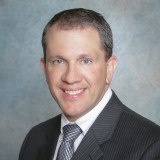