(2 Peer Reviews)
(913) 735-9529 8000 Foster St.
Overland Park, KS 66204
Free ConsultationOffers Video ChatOverland Park, KS DUI Attorney with 10 years of experience
DUI, Criminal, Personal Injury and Traffic Tickets
Washburn University School of Law
Compare Save
Show Preview
View Website View Lawyer Profile Email Lawyer
Overland Park Criminal Defense Attorney Dedicated to Protecting Your Rights Law enforcement and prosecutors in the Overland Park area are committed to reducing crime and in identifying and convicting those who are engaged in criminal activities. If you have been caught in the criminal justice system, you have real reasons to be nervous. Even an innocent individual can be convicted of a crime if they are not represented by a skilled criminal lawyer that knows how to fight back. If you have been charged with a crime it is absolutely critical that you contact a skilled Overland Park criminal defense attorney from...

(3 Peer Reviews)
(913) 322-3265 7450 West 130th Street
Suite #305
Overland Park, KS 66213
Free ConsultationOverland Park, KS DUI Attorney with 20 years of experience
DUI, Appeals, Criminal and Domestic Violence
University of Kansas School of Law
Compare Save
Show Preview
View Website View Lawyer Profile Email Lawyer
Facing a criminal charge is ALWAYS a serious matter requiring serious defense. My Overland Park, Kansas, criminal defense practice takes every case seriously. As an experienced Johnson County Criminal Defense lawyer, I know that even a misdemeanor can have a devastating effect upon your life. In my practice, there is no such thing as a simple criminal matter.


Overland Park, KS 66282-3081
Free ConsultationDUI, Criminal, Municipal and Traffic Tickets
Washburn University School of Law
Compare Save
Show Preview
View Website View Lawyer Profile Email Lawyer
I have spent my career focusing on advocating for my clients in court and before administrative bodies. The main portion of my practice focuses on Criminal Law, however, I have put my litigation experience to use for government entities, landlords, and those going through family/domestic legal issues.

Overland Park, KS 66211
Free ConsultationDUI, Cannabis Law, Criminal and Traffic Tickets
Washburn University School of Law
Compare Save
Show Preview
View Website View Lawyer Profile Email Lawyer
Brian Leininger has been practicing DUI defense in Johnson County, Kansas and throughout Kansas since 2001. Prior to that he was the General Counsel for the Kansas Highway Patrol, Special Assistant Attorney General, and Assistant District Attorney in Wyandotte County. Brian is a certified practitioner of and instructor for the Standardized Field Sobriety Tests. He is the only lawyer in Kansas to have completed the training to be a Drug Recognition Expert. In addition to typical DUI cases Brian handles drug DUIs and DUI-related batteries and homicides. 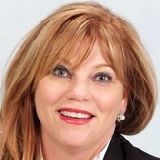 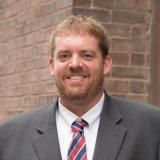 (2 Peer Reviews)
(913) 549-0992 8000 Foster Street
Overland Park, KS 66204
Free ConsultationOverland Park, KS DUI Lawyer with 15 years of experience
DUI, Criminal and Traffic Tickets
University of Missouri - Kansas City School of Law
Compare Save
Show Preview
View Website View Lawyer Profile Email Lawyer
Carey Fleske grew up in Great Bend, Kansas and graduated from Great Bend High School. He received his B.A. from the University of Kansas, and his J.D. from the University of Missouri in Kansas City. After he received his degree he began his legal career working for a small local firm handling criminal and civil litigation throughout the Kansas City Metro Area. After several years of working in Kansas City, Mr. Fleske had the opportunity to return to his hometown to work as an Assistant County Attorney for Barton County, Kansas. During his time as a Prosecutor he... 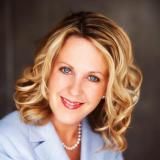 Claimed Lawyer ProfileSocial Media
Christopher Kopecky
Overland Park, KS DUI Lawyer with 29 years of experience
(913) 491-5599 7111 W 98th Terrace
Overland Park, KS 66212
Free ConsultationDUI, Criminal and Insurance Claims
Saint Louis University School of Law
Compare Save
Show Preview
View Website View Lawyer Profile
For nearly two decades, The Traffic Lawyers of Kopecky Law, P.A. have represented thousands of clients in various traffic matters ranging from speeding tickets to complicated DUI/DWI cases. Traffic law is our life and we spend most of our day in courts all across Missouri, Kansas, and Iowa. We have several offices in the Kansas City Metro Area and one in St. Louis where we meet clients. However, we do a significant amount of work with clients completely over the internet or over the phone. Our goal is to make it as easy on you as possible. We know our... 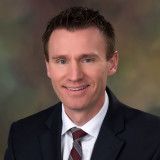 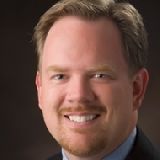 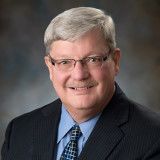 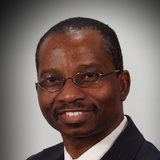