Claimed Lawyer ProfileSocial Media
Patrick F. Barsotti
Danville, KY DUI Attorney with 7 years of experience
(859) 429-3444 421 S. 4th Street
Suite 102
Danville, KY 40422
Free ConsultationDUI, Criminal and Family
Show Preview
View Website View Lawyer Profile
Patrick Barsotti, a native of Boyle County, returns to his roots in the Danville community eager to offer his legal services to those who supported his early years. Patrick recognizes the privilege of being a member of the business community in Central Kentucky, which fostered the family business that he grew up in. The Barsotti family has a long history of community service and professional integrity throughout the area. As an attorney, Patrick understands that every legal matter demands a unique solution. As such, he enjoys working closely with his clients so that he can satisfy their needs and effectively...
Compare Save

Claimed Lawyer ProfileSocial Media
Adam Clayton Miller
Danville, KY DUI Lawyer with 21 years of experience
(859) 236-2913 219 West Broadway
Danville, KY 40422
DUI, Criminal, Personal Injury and Traffic Tickets
University of Louisville
Show Preview
View Website View Lawyer Profile
Since 2001, our office has been serving Danville, Boyle County and throughout Central Kentucky with many areas of legal issues ranging from: Divorce, Custody, Child Visitation, Child Support, Juvenile Law, Adoption, Guardianship, Will and Trusts, Probate, Asset Protection, Elder Law, Criminal Law, Probation Revocation Hearing, Landlord and Tenant issues, Personal Injury, IRS Debt Relief and Debt Collections. Our goal is to help our client in the law in the time when they need it the most. If you have any questions please feel free to call and make an appointment or visit our website at www....
Compare Save 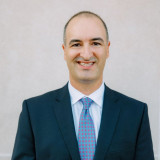 Claimed Lawyer Profile
Patrick McClure
Danville, KY DUI Attorney with 22 years of experience
(859) 236-8888 326 W. Main St.
Danville, KY 40422
DUI, Cannabis Law, Criminal and Divorce
University of Kentucky College of Law
Show Preview
View Lawyer Profile Email Lawyer
Patrick McClure has been a very active voice in the Danville area since 2000, and formed McClure and McClure with legendary Boyle County attorney George in 2004. While Kentucky does not certify specialties of legal practice, focusing on the Criminal Defense, including DUI, Drugs, including Marijuana, Divorce, Custody, and other Family Law allows Patrick to stay fresh while his roots allow him to cater to our local clientele. George maintains his presence in estate planning, Wills, Real Estate, and Bankruptcy while assisting Patrick in the Courtroom battles of the District, Circuit, and Family Courts of Central Kentucky. The McClure family of...
Compare Save