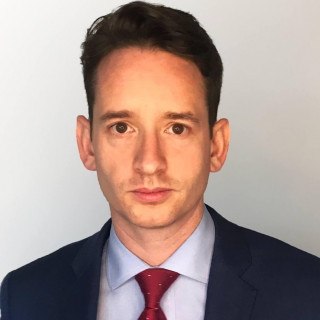 Bradley Clark has more than a decade of experience dealing with all types of criminal defense matters in Kentucky. He joined the Suhre & Associates team in 2020 and is dedicated to providing great service to the... Read More »
10.0

Free ConsultationDUI, Criminal, Personal Injury and Traffic Tickets
University of Kentucky College of Law
Compare Save
Show Preview
View Website View Lawyer Profile Email Lawyer
Daniel Hurst is one of the Founding Partners of Hurst & Hurst Law. He is a transplant to Danville and considers his move here to be among the best decisions he has ever made. Daniel grew up in Berea, Kentucky where he met the woman who would become his wife and law partner, Rebecca Hurst.


Free ConsultationDUI, Criminal, Medical Malpractice and Personal Injury
University of Kentucky College of Law
Compare Save
Show Preview
View Website View Lawyer Profile Email Lawyer
Todd W. Burris is the founder and principal attorney at the Law Office of Todd Burris, PSC, helping people in Lexington and communities throughout Fayette County who have suffered personal injury or wrongful death due to the negligence or wrongful conduct of another. A native of Lexington, Todd Withers Burris grew up on a farm in neighboring Jessamine County until his family moved to Lexington when he was eight. He attended Henry Clay High School and later went on to earn his undergraduate and law degrees from the University of Kentucky. After graduating law school in the top third...


Free ConsultationDUI, Criminal, Medical Malpractice and Personal Injury
University of Kentucky College of Law
Compare Save
Show Preview
View Website View Lawyer Profile Email Lawyer
Mr. Reynolds is a former Fayette Circuit Court Judge and a graduate of the University of Kentucky College of Law. He has over 20 years of legal experience focusing on litigation, including personal injury and criminal defense.

Claimed Lawyer ProfileBlawg Search
Michael Dean Zimmerman Esq
Fayette County, KY DUI Attorney
(859) 685-1021 333 W. Vine St.
Suite 300
Lexington, KY 40507
Free ConsultationDUI and Criminal
University of Cincinnati College of Law
Compare Save
Show Preview
View Website View Lawyer Profile Email Lawyer
Shortly after passing the Ohio State Bar exam, I was called to active duty in the United States Marine Corps in October of 2002. I attended Naval Justice School and was assigned as the chief prosecuting attorney of Marine Corps Air Station New River. I served two tours in Iraq. I was active duty USMC through 2007 and continue to be a USMC Reservist and am Deputy Staff Judge Advocate of the 4th Marine Aircraft Wing. When I was no longer active duty USMC, I accepted a position as an Assistant Prosecutor for Hamilton County, Ohio. And recently, I accepted a position as a criminal...

Claimed Lawyer ProfileSocial Media
Jason Apollo Hart
Franklin County, KY DUI Lawyer with 12 years of experience
(502) 395-3665 101 Saint Clair Street
1st Fl.
Frankfort, KY 40601
Free ConsultationDUI, Criminal, Personal Injury and Traffic Tickets
Compare Save
Show Preview
View Website View Lawyer Profile Email Lawyer
Apollo Law, PLLC is a law office located in downtown Frankfort, Kentucky, owned and operated by Jason Apollo Hart, an experienced and dependable criminal defense attorney and personal injury lawyer. He has a passion for the fair representation of all Kentuckians and is a staunch defender of the peoples’ legal rights.
On December 12, 1981, Jason Hart and his twin brother were born in Dayton, Ohio. In the 1995, he and his family moved to Olympia, Kentucky, where Jason attended Bath County High School. Jason’s mother worked as a paralegal at a local law firm in Morehead, Kentucky and raised Jason,...

Claimed Lawyer Profile
Breck Norment
Fayette County, KY DUI Attorney with 7 years of experience
(859) 363-5959 277 East High Street
Suite 301
Lexington, KY 40507
Free ConsultationDUI, Construction, Criminal and Personal Injury
University of Kentucky College of Law
Compare Save
Show Preview
View Website View Lawyer Profile Email Lawyer
William B. Norment III (brecknorment@gmail.com) is a zealous advocate for his clients and regularly appears on their behalf in circuit, family, and district courts across Kentucky. Mr. Norment is admitted to practice in the Commonwealth of Kentucky and the United States District Court, Eastern and Western Districts of Kentucky. Mr. Norment earned his law degree from the University of Kentucky College of Law in 2013 where he graduated in the top third of his class. At UK, he also served as a staff member of the Kentucky Journal of Equine, Agriculture, and Natural Resources Law,...