Claimed Lawyer ProfileQ&ASocial Media
Anthony K. Ferguson
Lewiston, ME DUI Lawyer with 39 years of experience
(207) 786-0606 192 Lisbon Street
Lewiston, ME 04240
Free ConsultationDUI, Medical Malpractice and Personal Injury
University of Maine School of Law
Show Preview
View Website View Lawyer Profile Email Lawyer
Fales & Fales has been serving the needs of personal injury clients in Androscoggin, Oxford, and Franklin Counties for over a century. Our mission is to assure complete client satisfaction and to obtain on behalf of the client the maximum possible settlement or verdict. We are professional, dedicated, and skillful.
Compare Save

Claimed Lawyer ProfileSocial Media
Mariah America Gleaton
Waterville, ME DUI Attorney with 8 years of experience
(207) 872-0112 12 Silver Street
P.O. Box 559
Waterville, ME 04903
DUI, Business, Criminal and Personal Injury
University of Connecticut School of Law
Show Preview
View Website View Lawyer Profile
I have grown up in Maine attending Erskine Academy and UMaine Orono. I obtained my law degree in Connecticut (Uconn Law) and returned to practice near my home. Now that I have returned to Maine I have picked up my favorite hobbies: hiking, biking, fishing, kayaking, visiting the local towns for those small hidden gem's like Eat More Cheese, Liberal Cup, Jess's Market, Perry's Nutshop (any many others), and spending time with family and friends.
Compare Save

Claimed Lawyer Profile
Walter McKee Esq
Augusta, ME DUI Attorney with 29 years of experience
(207) 620-8294 133 State Street
Augusta, ME 04330
DUI, Criminal, Insurance Claims and Personal Injury
University of Maine - School of Law
Show Preview
View Website View Lawyer Profile Email Lawyer
Walter McKee formed McKee Law in 2012. Mr. McKee’s work focuses on litigation. Mr. McKee's criminal defense practice ranges from traffic offenses to murder. He has been involved in countless high-profile criminal cases in Maine over the past 25 years and is a veteran of over 200 fully contested civil and criminal jury trials. Mr. McKee's practice is statewide and also includes representation of criminal defendants in federal criminal matters in Maine's federal district courts as well as the First Circuit Court of Appeals in Boston. As one Federal judge put it, Mr. McKee's defense of the accused is...
Compare Save

Claimed Lawyer ProfileOffers Video ConferencingSocial Media
Shelley Carter
Fryeburg, ME DUI Attorney with 22 years of experience
(207) 935-1950 110 Portland Street
Fryeburg, ME 04037
Offers Video ConferencingVideo ConfDUI, Criminal, Divorce and Family
Show Preview
View Lawyer Profile Email Lawyer
My practice is client oriented, providing compassionate and reliable direction. I am a lawyer, not a baker, so sugar coating is not a service I offer. I give each client reliable, effective legal representation through difficult times by providing dependable, honest advice and tenacious representation.
Compare Save

Claimed Lawyer ProfileQ&ASocial Media
William T. Bly Esq
Portland, ME DUI Attorney with 17 years of experience
(207) 602-1675 19 Commercial St
2nd Floor
Portland, ME 04101
Free ConsultationDUI, Criminal, Domestic Violence and Juvenile
University of Maine - School of Law
Show Preview
View Website View Lawyer Profile Email Lawyer
Prior to going back to college at the age of 27, I was a member of the US Army and served in Korea, Saudi Arabia and Ft. Banning, GA as a Cavalry Scout (19D). During my time in service I made my way up through the enlisted ranks and eventually applied to OCA where I was accepted and began officer training. Unfortunately, due a serious injury sustained prior to the final phase of the course, I was unable to complete my training and eventually left the US Army, receiving an Honorable Discharge for my service to this country.

In the field of criminal law, OUI-DUI is a subspecialty of our...
Compare Save

Free ConsultationDUI, Criminal, Personal Injury and Traffic Tickets
Widener University Delaware School of Law
Show Preview
View Website View Lawyer Profile Email Lawyer
Attorney Hansen's practice areas include DWI and criminal defense, divorce and family law, as well as civil litigation, including court-approved factoring transactions. He graduated from Bates College in 1991 and Delaware Law School in 1996. He is licensed in NH, ME, and MA. As a former prosecutor and criminal contract attorney for NH and ME, Al has extensive courtroom experience with numerous jury and non-jury trials under his belt. He is a member of the NH, ME, and National Associations of Criminal Defense Lawyers, National College for DUI Defense, as well as the NH Bar Association's...
Compare Save

Claimed Lawyer ProfileSocial Media
Michael Stephen Bowser Jr.
Kennebunk, ME DUI Attorney with 28 years of experience
(888) 526-9737 37 Western Ave., Unit #307
Kennebunk, ME 04043
Free ConsultationDUI, Criminal and Personal Injury
University of New Hampshire School of Law
Show Preview
View Lawyer Profile Email Lawyer
Attorney Bowser has successfully defended hundreds of cases for clients charged with drunk driving, commonly referred to as Operating Under the Influence (OUI) in Massachusetts and Driving While Intoxicated (DWI) in New Hampshire. He is Board Certified as a DUI Defense Specialist by the National College for DUI Defense. This certification is accredited by the American Bar Association but not regulated by the Commonwealth of Massachusetts. He has developed a well earned reputation for being on of the top drunk driving defenders in the area.

Free ConsultationDUI, Appeals, Criminal and Domestic Violence
University of Maine School of Law
Show Preview
View Website View Lawyer Profile Email Lawyer
I am a Criminal Defense Lawyer based in Portland, Maine. I defends clients charged with Operating Under the Influence (OUI), Drunk Driving, Operating After Suspension or Habitual Offender Revocation, Drug Possession and Trafficking, Marijuana Offenses, Assault, Sexual Offenses, Prostitution Charges, Probation Violations, Extradition Cases, and all other Criminal matters. I Practice in State and Federal Court at the Trial and Appellate Level and handel cases throughout Cumberland, York and Androscoggin Counties. While, I specialize in Criminal Defense, I work with seven other Lawyers at the FIrm, Fairfield & Associates. Other Attorneys there handel Family Law and divorce, Juvenile Criminal Defense, Personal Injury,...
Compare Save

Claimed Lawyer ProfileOffers Video ConferencingSocial Media
Dylan R. Boyd
Portland, ME DUI Lawyer with 12 years of experience
(207) 536-7147 6 City Center
Suite 301
Portland, ME 04101
Offers Video ConferencingVideo ConfDUI, Criminal, Divorce and Estate Planning
University of Maine School of Law
Show Preview
View Website View Lawyer Profile Email Lawyer
Choosing the right lawyer will make a significant difference in both the experience and the outcome of your case. Dylan Boyd provides outstanding legal representation both inside and outside the courtroom. He has the experience and skill necessary to help you through your legal challenge and to achieve the best result possible in your case.

Whether you are charged with a crime, going through a family problem, or planning for the future, Dylan Boyd can help. He has defended clients against violations of their constitutional rights, wrongful criminal charges, and unjust punishments. He has counseled and advocated for clients in divorces...
Compare Save

Prior to establishing his office in Portland, Maine, Mr. Berne served as an Assistant United States Attorney in the Eastern District of New York and the Northern District of California, where he prosecuted cases involving narcotics, bank fraud, and various white collar crimes. Upon leaving the Government in 1981, he entered private practice with a nationally prominent white collar defense firm...
Compare Save

Free ConsultationDUI, Criminal and Juvenile
Show Preview
View Website View Lawyer Profile Email Lawyer
I have been practicing law since 2005. I represent people charged with crimes in Maine state courts in a number of coastal counties. My practice regularly brings me to Androscoggin, Cumberland, Kennebec, Knox, Lincoln, Sagadahoc, York, and Waldo counties. My clients typically have cases in Superior Court and District Court. The people I help range from juveniles to adults. Everyone deserves a vigorous defense, every case is important, and everyone deserves to be treated with respect. I do not judge my clients, I defend them.
Compare Save

Claimed Lawyer Profile
Mr. Richard Lyman Hartley
Bangor, ME DUI Lawyer with 25 years of experience
(207) 941-0999 15 Columbia Street, Ste. 301
Bangor, ME 04401
Free ConsultationDUI, Appeals, Criminal and Juvenile
University of Maine School of Law
Show Preview
View Website View Lawyer Profile Email Lawyer
I grew up on the shores of Sebec Lake in rural Maine. I attended Princeton University and then returned to Maine with the intention of practicing law. My entire 15 year career has been spent in the Courtroom litigating criminal cases - first as a prosecutor and now for 10 years defending persons charged with crimes in both State and Federal Courts throughout the State.
Compare Save

He has been recognized as one of the best DUI defense lawyers in Maine and the entire country. Attorney Wayne Foote the only...
Compare Save

Free ConsultationDUI, Criminal and Traffic Tickets
University of Maine - School of Law
Show Preview
View Website View Lawyer Profile
Located in Standish, Maine, 1820 Law represents clients throughout Maine. Our firm focuses on criminal defense. Whether you’re a teacher, military veteran, or small business owner, we will fight to protect your rights. We bring extensive diligence and professionalism to every case and customize our support to your individual needs and concerns.
Compare Save 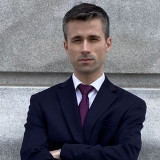 Offers Video ConferencingVideo ConfDUI, Criminal, Juvenile and Personal Injury
Show Preview
View Website View Lawyer Profile Email Lawyer
Attorney Cory McKenna practices both Civil and Criminal Law. He has extensive trial experience and practices before both State and Federal Courts in Maine. While trial is sometimes necessary, Attorney McKenna is very successful in reaching agreements without a trial - saving you time, money and stress. Whether you need strong representation in court or prefer to reach an agreement without getting a judge involved, Attorney McKenna can provide you what you need at a reasonable cost.
Compare Save
Next
DUI Lawyers in Nearby CitiesDUI Lawyers in Nearby Counties
FAQ Lawyers Get Listed