Bangor, ME 04402
Free ConsultationDUI
University of Maine - School of Law
Compare Save
Show Preview
View Website View Lawyer Profile
Attorney Foote specializies in defending those accused of OUI (DUI) and he has also successfully represented hundreds of people charged with other types of crimes – such as those involving alleged violation of federal gun and drug laws.

Bangor, ME 04401
Free ConsultationDUI, Appeals, Criminal and Juvenile
University of Maine School of Law
Compare Save
Show Preview
View Website View Lawyer Profile Email Lawyer
I grew up on the shores of Sebec Lake in rural Maine. I attended Princeton University and then returned to Maine with the intention of practicing law. My entire 15 year career has been spent in the Courtroom litigating criminal cases - first as a prosecutor and now for 10 years defending persons charged with crimes in both State and Federal Courts throughout the State.


Waterville, ME 04903
DUI, Business, Criminal and Personal Injury
University of Connecticut School of Law
Compare Save
Show Preview
View Website View Lawyer Profile Email Lawyer
I have grown up in Maine attending Erskine Academy and UMaine Orono. I obtained my law degree in Connecticut (Uconn Law) and returned to practice near my home. Now that I have returned to Maine I have picked up my favorite hobbies: hiking, biking, fishing, kayaking, visiting the local towns for those small hidden gem's like Eat More Cheese, Liberal Cup, Jess's Market, Perry's Nutshop (any many others), and spending time with family and friends.

Augusta, ME 04330
DUI, Criminal, Insurance Claims and Personal Injury
University of Maine - School of Law
Compare Save
Show Preview
View Website View Lawyer Profile Email Lawyer
Walter McKee formed McKee Law in 2012. Mr. McKee’s work focuses on litigation. Mr. McKee's criminal defense practice ranges from traffic offenses to murder. He has been involved in countless high-profile criminal cases in Maine over the past 25 years and is a veteran of over 200 fully contested civil and criminal jury trials. Mr. McKee's practice is statewide and also includes representation of criminal defendants in federal criminal matters in Maine's federal district courts as well as the First Circuit Court of Appeals in Boston. As one Federal judge put it, Mr. McKee's defense of the accused is...

Ellsworth, ME 04605
Free ConsultationDUI, Criminal, Divorce and Personal Injury
University of Maine - School of Law
Compare Save
Show Preview
View Website View Lawyer Profile Email Lawyer
Experience. Aggressive. Results. My practice is devoted exclusively to fighting for individuals in Court. Criminal Defense, OUI/DUI and Divorce. I am dedicated to providing superior representation to every individual that I represent. I have been a lawyer for nearly 10 years and have a proven track record of consistent sustained success in every area that I practice. My office is conveniently located in the historic Main Grind Building on Main Street in Ellsworth, Maine. 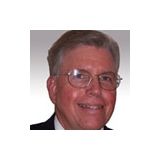 Claimed Lawyer ProfileQ&ASocial Media
William T. Bly Esq Compare Save
Portland, ME DUI Attorney with 15 years experience
(207) 602-1675 19 Commercial St
2nd Floor
Portland, ME 04101
Free ConsultationDUI, Criminal, Domestic Violence and Juvenile
University of Maine - School of Law
Compare Save
Show Preview
View Website View Lawyer Profile Email Lawyer
Prior to going back to college at the age of 27, I was a member of the US Army and served in Korea, Saudi Arabia and Ft. Banning, GA as a Cavalry Scout (19D). During my time in service I made my way up through the enlisted ranks and eventually applied to OCA where I was accepted and began officer training. Unfortunately, due a serious injury sustained prior to the final phase of the course, I was unable to complete my training and eventually left the US Army, receiving an Honorable Discharge for my service to this country.


Portland, ME 04101
DUI, Criminal, Divorce and Estate Planning
University of Maine School of Law
Compare Save
Show Preview
View Website View Lawyer Profile Email Lawyer
Over the course of his career as a Maine attorney, Dylan Boyd has successfully represented clients at all stages of litigation. Inside the courtroom, he has zealously advocated for clients at both jury trials and hearings before judges in both criminal and civil cases. He has also guided clients to successful results outside the courtroom by negotiating advantageous deals and drafting effective legal documents. Dylan Boyd was born and raised in Boothbay Harbor, Maine. He attended the University of Vermont and earned a bachelor’s degree in English in 2006. He returned to Maine to attend the University...

Lewiston, ME 04240
Free ConsultationDUI, Medical Malpractice and Personal Injury
University of Maine School of Law
Compare Save
Show Preview
View Website View Lawyer Profile Email Lawyer
Fales & Fales has been serving the needs of personal injury clients in Androscoggin, Oxford, and Franklin Counties for over a century. Our mission is to assure complete client satisfaction and to obtain on behalf of the client the maximum possible settlement or verdict. We are professional, dedicated, and skillful.