Claimed Lawyer ProfileSocial Media
Marissa Elkins
Northampton, MA DUI Lawyer with 17 years of experience
(413) 341-2131 31 Trumbull Rd.
Suite B
Northampton, MA 01060
DUI, Appeals, Business and Criminal
University of Connecticut School of Law
Show Preview
View Website View Lawyer Profile
Marissa Elkins is a proven litigator, comfortable in any courtroom environment. Whether a case involves a trial before a jury of twelve in Superior Court or six in District Court, or complicated legal motions and arguments before a judge, Attorney Elkins has the experience and legal expertise to represent clients zealously and with integrity. With experience in courts throughout Western Massachusetts and the rest of the Commonwealth, she is an attorney that commands respect for her clients and works to get them favorable results at every stage of litigation.
Compare Save

(1 Peer Review)
(413) 241-7881 1380 Main St
#407
Springfield, MA 01103
Free ConsultationSpringfield, MA DUI Lawyer with 18 years of experience
DUI and Criminal
The Catholic University of America Columbus School of Law
Show Preview
View Website View Lawyer Profile Email Lawyer
Attorney Daly is a seasoned trial attorney (over 100 trials) practicing in Western Massachusetts. His practice is largely focused on OUI/DUI defense as well as criminal defense and personal injury matters. Originally from the West Roxbury neighborhood of Boston, Attorney Daly began his legal career as an Assistant District Attorney in Suffolk County practicing in the South Boston and Roxbury divisions of the Boston Municipal Court. His prior experiences also include serving as a Boston Police Officer (certified in the administration of Standardized Field Sobriety Testing), working as an Assistant Attorney General in the District of Columbia and...
Compare Save

Claimed Lawyer Profile
Daniel Karpman
Springfield, MA DUI Attorney with 30 years of experience
(413) 734-5700 135 State Street
2nd floor
Springfield, MA 01103
Free ConsultationDUI, Business, Criminal and Divorce
Western New England University School of Law
Show Preview
View Website View Lawyer Profile Email Lawyer
The Law Office of Daniel Karpman, established in 1992, is a full service law firm with offices in Springfield, Massachusetts and Northampton, Massachusetts. We offer personal and cost-effective legal solutions to individuals and businesses. Attorney Karpman received his law degree from Western New England College School of Law, and has an M.B.A. in Management and Finance from New York University Graduate School of Business. You can expect the highest quality in legal counsel through personal, responsive, and individualized service. We strive to develop and sustain long-term relationships with our clients by earning their trust and through our steadfast commitment to...
Compare Save 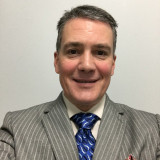