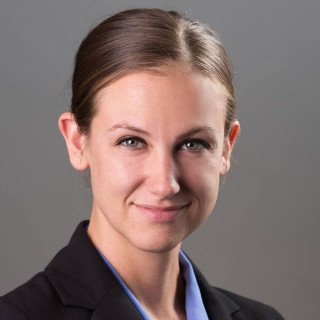 I am dedicated to protecting the rights and interests of the accused. I provide experienced representation to fight criminal charges! Visit my website for testimonials and case results, or call for a free consultation. Read More »
View Profile
Compare Save
Free Consultation
View Website View Profile Call Email Lawyer Email Lawyer 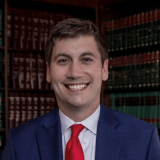 Claimed Lawyer ProfileSocial Media
Anthony R. Riccio
Attleboro, MA DUI Lawyer with 10 years of experience
(508) 226-4500 228 County St
Attleboro, MA 02703
Free ConsultationDUI, Criminal and Personal Injury
Syracuse University College of Law
Compare Save
Show Preview
View Lawyer Profile Email Lawyer
Attorney Anthony R. Riccio has quickly developed a reputation in the legal community as an excellent criminal defense attorney and one of the best young lawyers in Massachusetts. He was selected to the Rising Stars list by Super Lawyers for Criminal Defense in 2016, 2017 & 2018; a distinction awarded to only 2.5 % of attorneys in Massachusetts. The complete list of attorneys selected was published in the November 2016 edition of New England Super Lawyers Magazine. 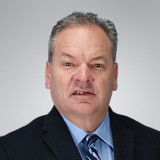 In his father’s footsteps, Eliot T. Brais’ areas of expertise include estate and business planning. Over the years, Eliot’s practice areas expanded to include real estate, real estate development and criminal law having handled in excess of 1,000 criminal cases and 50 trials. 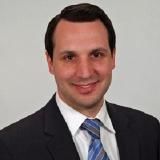 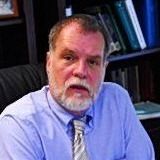 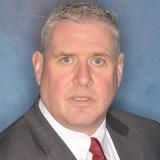 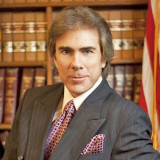 (1 Peer Review)
(781) 320-0062 119 Fisher St
#1
Westwood, MA 02090
Free Consultation Offers Video Conferencing Video ConfWestwood, MA DUI Lawyer with 32 years of experience
DUI, Criminal, Personal Injury and Traffic Tickets
Suffolk University Law School
Compare Save
Show Preview
View Website View Lawyer Profile Email Lawyer
Attorney William Kickham has more than 20 years of legal practice from diverse positions in law and media, providing counsel on a wide range of legal and trial issues, in both the civil and criminal arenas. Mr. Kickham presently practices law in his own firm in Westwood, Massachusetts, and until recently was the Executive Producer and host of his own TV talk show, At The Bar, previously broadcast on the Comcast network in the suburban Boston market, discussing a variety of legal and litigation issues within Massachusetts and nationally. In his diverse legal roles, Mr. Kickham has... 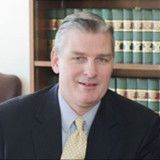 As a seasoned criminal defense lawyer, Attorney Krippendorf vigorously defends his clients in District and Superior Courts throughout Massachusetts as well as the Federal District Court of Massachusetts. He handles all range of criminal cases from Misdemeanors in District Court, to Felonies carrying a potential life sentence in Superior Court. He is noted as being...
Sponsored Listings
Gary L. Pacella 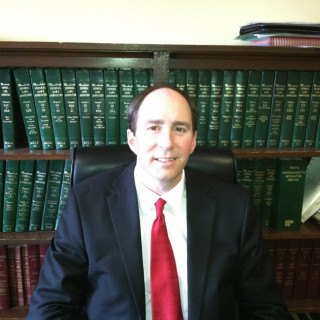 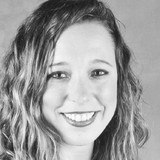 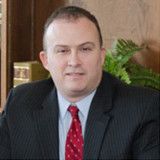 Claimed Lawyer ProfileSocial Media
William Galvin
Westwood, MA DUI Lawyer with 19 years of experience
(617) 523-3500 355 Providence Hwy
Westwood, MA 02090
Free ConsultationDUI, Criminal, Domestic Violence and Personal Injury
New England Law | Boston
Compare Save
Show Preview
View Website View Lawyer Profile Email Lawyer
Attorney William Galvin, a highly esteemed and experienced criminal lawyer, is one of the founding partners of the law firm of Eisenstadt, Krippendorf, and Galvin. He represents clients in the Municipal, District, Superior, and Federal courts throughout Massachusetts. Attorney Galvin routinely wins trials and motions to dismiss on behalf of his clients. He helps clients in all manner of criminal charges from misdemeanors to life felonies. He is known and highly-esteemed in courts throughout Massachusetts as a skilled and experienced criminal defense attorney.

Prior to entering private practice, Attorney Galvin worked for years as a Suffolk County Assistant District Attorney where... 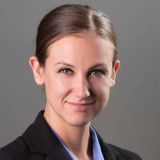 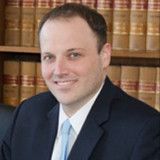 Claimed Lawyer ProfileSocial Media
Joseph Eisenstadt
Westwood, MA DUI Attorney with 18 years of experience
(617) 523-3500 355 Providence Hwy
Westwood, MA 02090
Free ConsultationDUI, Criminal, Domestic Violence and Personal Injury
Emory University School of Law
Compare Save
Show Preview
View Website View Lawyer Profile Email Lawyer
Attorney Eisenstadt, a founding partner of the law firm of Eisenstadt, Krippendorf, and Galvin, handles all types of criminal cases throughout the Superior Courts, Municipals Courts, and District Courts of Massachusetts. He has won jury trials, bench trials, motions to suppress, and motions to dismiss on behalf of his clients. Attorney Eisenstadt has reached successful outcomes for his clients with charges of larceny, embezzlement, operating under the influence of alcohol, operating under the influence of drugs, assault and battery, drug cases, gun cases, assault and battery with a dangerous weapon, motor vehicle homicide, and all other manner of criminal case. 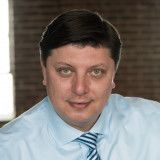 
DUI, Criminal, Domestic Violence and White Collar Crime
Northeastern University School of Law
Compare Save
Show Preview
View Website View Lawyer Profile Email Lawyer
Sergey Mikhlin is a Massachusetts criminal defense lawyer with nearly fifteen years of criminal litigation experience. His practice focuses on all criminal matters, including OUI/DUI and other driving offenses, drug and weapon offenses, domestic violence and sex crimes, theft and property crimes, violent offenses, and white collar crime.
Mr. Mikhlin is a graduate of Northeastern University School of Law, who has focused much of his career on criminal law. He began his legal career in New York, in the Office of the Nassau County District Attorney as an ...

Free ConsultationDUI and Criminal
Suffolk University Law School
Compare Save
Show Preview
View Website View Lawyer Profile Email Lawyer
As a former Assistant District Attorney, Justin Wing uses his extensive knowledge and experience to assist individuals facing criminal charges throughout the Commonwealth. Drawing upon over a decade of experience of how prosecutors build cases, he knows what weaknesses to look for and how to proceed in attacking the charges you are facing. Attorney Wing understands that if you have been charged with a crime, you are assuredly experiencing a great deal of stress and anxiety. Attorney Wing provides a detailed, step by step, explanation of how the system works from arraignment to pretrial conferences to compliance and election to... 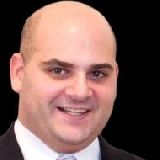 Claimed Lawyer ProfileSocial Media
Marc Roberts
Fall River, MA DUI Lawyer with 16 years of experience
(508) 672-2322 56 N Main St
Suite 323
Fall River, MA 02720
Free ConsultationDUI, Business, Criminal and Personal Injury
Roger Williams University School of Law
Compare Save
Show Preview
View Website View Lawyer Profile Email Lawyer
My name is Attorney Marc Roberts and I want to let you know a little about me and what I believe about the law. I am a graduate of the University of Hartford with a Bachelorâs of the Arts Degree obtained from majoring in Psychology. I obtained my law degree at Roger Williams University School of Law in 2004. I passed the Massachusetts and Rhode Island Bar Examinations in 2004 and have been a practicing attorney ever since. My career started off as an Assistant District Attorney for the Bristol County District Attorneyâs Office where I was stationed primarily in the... 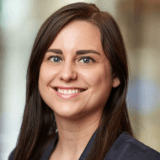 
Free Consultation Offers Video Conferencing Video ConfDUI, Criminal, Divorce and Traffic Tickets
Roger Williams University School of Law
Compare Save
Show Preview
View Website View Lawyer Profile Email Lawyer
The bread and butter of my practice has always been Criminal Defense and family law. In my 9 years practicing law I have handled everything from dui and domestic violence cases all the way to felony gun charges, and sex offense cases. In addition to criminal matters, I also help those facing divorce and child custody matters as well as dealing with immigration issues such as removal proceedings and change of status. In today's litigious society, we as attorneys often lose sight of the fact that when someone comes to an attorney, they are doing so because... 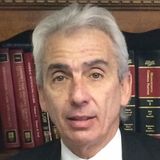 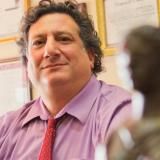 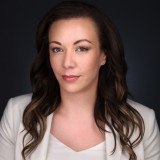 Rachel Matos is the founder and Managing Partner of the Law Office Rachel M. Matos. Prior to starting her own firm, Attorney Matos gained experience within a various areas of law including both civil and criminal. While in law school she clerked for a well-known criminal defense firm assisting in the representation of clients in all stages of the trial process.

Attorney Matos concentrates her practices in landlord/tenant disputes, contract matters, family law proceedings, and criminal defense. Attorney Matos’s experience, dedication, and perseverance to fight for the best interest of her clients give her the... 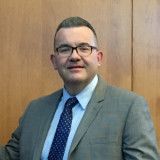 DUI, Civil Rights, Criminal and Personal Injury
Compare Save
Show Preview
View Website View Lawyer Profile Email Lawyer
I have represented thousands of clients in my decades as a trial attorney. I am here to zealously advocate for you whatever your legal need might be. 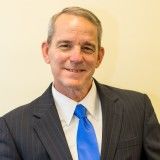 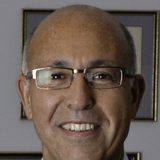 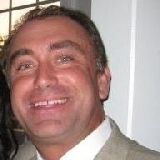