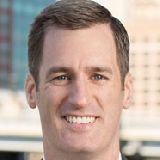 (1 Peer Review)
(413) 241-7881 1380 Main St
#407
Springfield, MA 01103
Free ConsultationSpringfield, MA DUI Lawyer with 16 years of experience
DUI and Criminal
The Catholic University of America Columbus School of Law
Compare Save
Show Preview
View Website View Lawyer Profile Email Lawyer
Attorney Daly is a seasoned trial attorney (over 200 trials) practicing in Western Massachusetts. His practice is largely focused on OUI/DUI defense as well as criminal defense and personal injury matters. Originally from the West Roxbury neighborhood of Boston, Attorney Daly began his legal career as an Assistant District Attorney in Suffolk County practicing in the South Boston and Roxbury divisions of the Boston Municipal Court. His prior experiences also include serving as a Boston Police Officer (certified in the administration of Standardized Field Sobriety Testing), working as an Assistant Attorney General in the District of Columbia and...

Claimed Lawyer ProfileSocial Media
William O'Neil
East Longmeadow, MA DUI Attorney with 34 years of experience
(413) 224-2694 280 N. Main St.
Ste. 6
East Longmeadow, MA 01103
Free ConsultationDUI, Bankruptcy, Criminal and Personal Injury
Western New England University School of Law
Compare Save
Show Preview
View Website View Lawyer Profile Email Lawyer
William O’Neil has practiced law in the greater Springfield area for 34 years. He specializes in criminal defense of major crimes. Attorney O’Neil also has experience in advising his clients on estate planning, will drafting, and probate matters. He has defended hard working citizens who have been harassed by debt collectors by defending them in court against those creditors and in filing for bankruptcy protection. Receiving compassionate legal advice from our experienced professionals will prevent you from getting lost in the corporate shuffle. 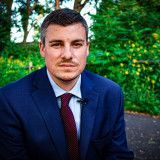 
Free ConsultationDUI, Criminal, Personal Injury and Traffic Tickets
Western New England University School of Law
Compare Save
Show Preview
View Website View Lawyer Profile Email Lawyer
I am an experienced and dedicated Attorney. I have guided clients through a broad range of legal matters since 2011. I use every tool available to provide custom tailored, unparalleled legal representation. I am committed to zealous advocacy and outstanding client satisfaction.


Free ConsultationDUI, Business, Criminal and Personal Injury
University of South Carolina School of Law
Compare Save
Show Preview
View Website View Lawyer Profile Email Lawyer
Stephen Spelman is an experienced civil and criminal trial attorney. Stephen served as an Assistant District Attorney in the Homicide Unit of the Hampden County District Attorney's Office. He has tried more than 200 cases in state and federal court. Stephen served as a JAG Colonel in the Army Reserve, including two tours in Iraq and one tour as the senior criminal defense attorney for the Army, supervising court martial defense world-wide. 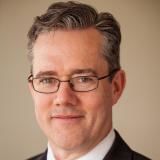 
Offers Video ChatDUI, Criminal, Landlord Tenant and Real Estate
Lewis & Clark Law School
Compare Save
Show Preview
View Website View Lawyer Profile Email Lawyer
We offer big city representation from a small town, community-based perspective. Our goal is to be a personal resource for people whatever their legal need. Peter's motivation to become a lawyer was a desire for answers—the legal system seemed arcane and unapproachable. It needed a new interface; one where regular people can get the information and help they need at a reasonable cost and minimal stuffiness. Having spent 30+ years in the entertainment business, Peter offers a firsthand understanding of, and pragmatic solutions to, the situations of our creative clients. Playing in, and managing, a band while...

Claimed Lawyer ProfileSocial Media
Marissa Elkins
Northampton, MA DUI Lawyer with 15 years of experience
(413) 341-2131 31 Trumbull Rd.
Suite B
Northampton, MA 01060
DUI, Appeals, Business and Criminal
University of Connecticut School of Law
Compare Save
Show Preview
View Website View Lawyer Profile
Marissa Elkins is a proven litigator, comfortable in any courtroom environment. Whether a case involves a trial before a jury of twelve in Superior Court or six in District Court, or complicated legal motions and arguments before a judge, Attorney Elkins has the experience and legal expertise to represent clients zealously and with integrity. With experience in courts throughout Western Massachusetts and the rest of the Commonwealth, she is an attorney that commands respect for her clients and works to get them favorable results at every stage of litigation. 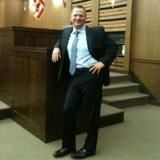