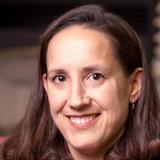 Claimed Lawyer Profile
Virginia M Barron
Cottonwood County, MN DWI Lawyer
(507) 822-5735 642 7th Street
P.O. Box 254
Westbrook, MN 56183
DWI, Criminal, Divorce and Traffic Tickets
Compare Save
Show Preview
View Website View Lawyer Profile
Ginny grew up in North Minneapolis and graduated from Patrick Henry High School. She got her undergraduate Degree from the University of Minnesota – Twin Cities with a major in Political Science with a focus in Law and Politics and a minor in Sociology: Law, Criminology, and Deviance. While at the University of Minnesota Ginny was a Dean’s List recipient. She then pursued her legal education at William Mitchell College of Law in St. Paul, Minnesota where she graduated and was also a Dean’s List recipient. While at William Mitchell she was accepted as a member of the... 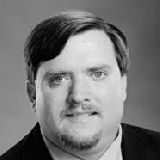 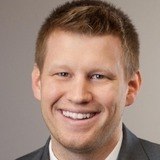 Claimed Lawyer ProfileOffers Video ChatSocial Media
Thomas Hagen
Blue Earth County, MN DWI Attorney with 13 years of experience
(507) 625-5000 150 St. Andrews Court
Suite 110
Mankato, MN 56001
Free ConsultationOffers Video ChatDWI and Criminal
Compare Save
Show Preview
View Website View Lawyer Profile Email Lawyer
Thomas Hagen is partner at Kohlmeyer Law Office Chtd. Mr. Hagen has extensive experience in criminal defense. He has represented individuals throughout Southern Minnesota and the Mankato area. His impressive track record in State and Federal Court is undeniable. His credentials include being named a “Rising Star” by Minneapolis-St. Paul Magazine since 2012. This award is limited to the top 4% of lawyers under the age of 40 in the state of Minnesota. Mr. Hagen also was named one of the top 40 attorneys under the age of 40. Mr. Hagen is... 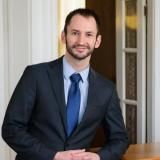 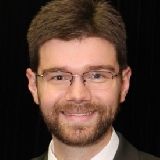 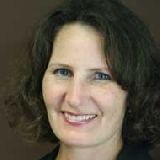 (1 Peer Review)
(952) 835-6314 7825 Washington Ave S #220
Bloomington, MN 55439
Free ConsultationOffers Video ChatHennepin County, MN DWI Lawyer with 25 years of experience
DWI, Criminal, Domestic Violence and White Collar Crime
William Mitchell College of Law and Gonzaga University School of Law
Compare Save
Show Preview
View Website View Lawyer Profile Email Lawyer
Douglas Kans has been repeatedly selected as a "Top 100 Trial Lawyer" by The National Trial Lawyers Association. He is a highly respected Minneapolis Minnesota DWI DUI Attorney with over 25 years of exclusive criminal defense experience. He has successfully represented numerous individuals charged with all levels of DWI/DUI and criminal offenses at both the State and Federal level throughout Minneapolis and the entire state of Minnesota. This includes Drug Offenses, Assault, Theft crimes and Drunk Driving related offenses such as DWI/DUI. He is a member of both the prestigious organizations of The National College of DUI Defense...

(1 Peer Review)
119 Graystone Plaza
Ste. 101
Detroit Lakes, MN 56501
Free ConsultationBecker County, MN DWI Lawyer with 14 years of experience
DWI, Appeals, Cannabis Law and Criminal
University of North Dakota School of Law
Compare Save
Show Preview
View Website View Lawyer Profile Email Lawyer
Nick loves practicing law in and out of the courtroom. He has extensive experience in representing people in all stages of criminal proceedings, from the first appearance or arraignment through trial, appeal, and post-conviction proceedings. While his primary practice area is criminal law, Nick also practices in family law, personal injury, and general litigation. Nick is licensed to practice in all federal and state courts in North Dakota and Minnesota. Before joining Fremstad Law Firm, Nick represented almost two-thousand individual clients at the Fargo Public Defender Office in all types of criminal cases from driving under the influence and...

Claimed Lawyer ProfileSocial Media
Mr. Max A. Keller
Hennepin County, MN DWI Attorney with 23 years of experience
310 Fourth Ave. South #1130
Minneapolis, MN 55415
Free ConsultationDWI, Criminal and Domestic Violence
American University
Compare Save
Show Preview
View Website View Lawyer Profile Email Lawyer
In 1997-98, I worked for 3 judges at the Court of Appeals researching and drafting opinions. From 1998 to 2003 I was a DWI implied consent prosecutor in the Attorney General's Office. Since 2003 I have been in private practice as a Minnesota Criminal Defense Attorney. I have won jury trials in DWI cases and non-DWI cases, and in felony and non-felony cases. We at Keller Law Offices use defenses other law firms have never even heard of. I will give your case a tough aggressive representation.

Claimed Lawyer ProfileSocial Media
Alex De Marco
Rice County, MN DWI Attorney with 14 years of experience
(651) 503-8394 320 4th St NW
#2220
Faribault, MN 55021
Free ConsultationDWI, Criminal, Domestic Violence and Juvenile
University of St. Thomas, Minnesota School of Law
Compare Save
Show Preview
View Website View Lawyer Profile Email Lawyer
Alex De Marco is an experienced criminal defense lawyer who has represented clients charged with everything from traffic offenses to murder. Adult felony cases are his specialty, particularly assault and drug cases, and he handles them for affordable fees. He has experience in Child Protection and termination of parental rights cases. He has also handled hundreds of juvenile delinquency cases. He remains active in local politics and public advocacy. A devoted athlete, he has competed nationally in Strongman. Alex is a big personality who balances professionalism with a down to earth edginess that endures him to his... 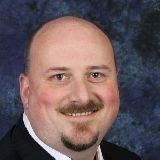 Claimed Lawyer ProfileQ&A
Jonathan Matthew Holson
Hennepin County, MN DWI Attorney with 17 years of experience
(763) 425-6330 Rogers, MN 55374
Free ConsultationDWI, Criminal, Domestic Violence and Traffic Tickets
University of Minnesota - Twin Cities
Compare Save
Show Preview
View Website View Lawyer Profile Email Lawyer
I grew up throughout the Southeastern United States. I attended college at Furman University in Greenville, South Carolina and I graduated with a B.A. in political science and philosophy. I moved to Minnesota in 1999 to attend the University of Minnesota law school and I decided stay after I graduated. Following graduation, I clerked for a Hennepin County Judge and then took a job with the Stearns County Public Defender's Office. I have been in private practice since 2016.


Free ConsultationDWI, Criminal, Domestic Violence and White Collar Crime
William Mitchell College of Law
Compare Save
Show Preview
View Website View Lawyer Profile Email Lawyer
Christopher Keyser has earned dismissals, not guilty verdicts, and reduced charges for clients accused of homicide, criminal sexual conduct, robbery, burglary, assault, DWI, and other serious offenses. He has earned the respect of judges and prosecutors throughout the state and has a reputation for being straightforward, honest, professional, and aggressively defending his clients. Prior to forming Keyser Law, P.A., Christopher clerked for the U.S. Department of Justice and the U.S. Department of Homeland Security where he investigated, prosecuted, and litigated matters on behalf of the government before federal district and immigration courts. As a criminal defense attorney, Christopher handles all...

Free ConsultationDWI, Appeals and Criminal
University of Minnesota Law School
Compare Save
Show Preview
View Website View Lawyer Profile Email Lawyer
Dan Koewler is a defense attorney who focuses on DWI defense, in the state, appellate, and even federal courts. He is a well-known author, presenter, and blogger regarding issues and hot topics in the realm of DWI defense, and is particularly known for raising scientific challenges to DWI tests on behalf of his clients.

Claimed Lawyer ProfileSocial Media
Joseph Tamburino
Hennepin County, MN DWI Lawyer with 31 years of experience
(612) 444-5020 150 South 5th Street
Suite 1490
Minneapolis, MN 55402
Free ConsultationDWI, Criminal, Domestic Violence and White Collar Crime
University of Minnesota Law School
Compare Save
Show Preview
View Website View Lawyer Profile Email Lawyer
Joseph Tamburino is a criminal defense attorney in the Twin Cities and a founding partner at the Caplan & Tamburino Law Firm. He has been practicing law form more than a quarter century. Mr. Tamburino has been Board Certified as a Criminal Law Specialist by the Minnesota State Bar Board, a distinction held by only three percent of Minnesota attorneys. He regularly appears as a media commentator on legal matters in print, radio and television media outlets. Find out more about his firm by contacting them today.
Next
DWI Lawyers in Nearby Cities
FAQ Lawyers Get Listed