Claimed Lawyer ProfileSocial Media
Matthew C Enrooth
Butte, MT DUI Lawyer with 8 years of experience
(406) 782-1111 524 East Park Street
Suite B
Butte, MT 59701
DUI, Criminal, Family and Landlord Tenant
University of North Dakota School of Law
Show Preview
View Website View Lawyer Profile Email Lawyer
Matthew was born and raised in Butte where he attended and graduated from Butte High School. After high school, Matthew attended Montana State University where he graduated with a B.A. in Neuroscience and Cell Biology in 2008. After finishing his undergraduate degree Matthew attended law school at the University of North Dakota, where he received his Juris Doctor, Cum Laude. While attending law school Matthew received multiple awards including the Burtness Scholar award in property law, being inducted into the Phi Delta Phi legal honors society and was also inducted into the National Order of Barristers for having exhibited excellence...
Compare Save 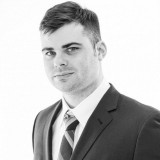 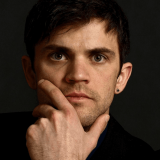 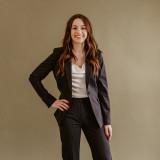 Claimed Lawyer Profile
Adrienne Ellington
Bozeman, MT DUI Attorney with 5 years of experience
(406) 602-4200 1700 W Koch St Suite 9
Bozeman, MT 59715
DUI, Arbitration & Mediation, Criminal and Traffic Tickets
Show Preview
View Lawyer Profile Email Lawyer
Adrienne is a graduate of Boise State University, University of Phoenix, and the University of Montana School of Law.
Adrienne is a Montana native and grew up in Butte and Great Falls. Before attending law school, Adrienne worked in the legal field for over twelve years. Her experience includes working as a paralegal for a family and criminal defense attorney for nine years. She also worked in various prosecutor’s offices and as a jail technician at the sheriff’s office.
Public interests is a passion for Adrienne. Before her admission to the Montana bar, Adrienne was actively involved in Montana...
Compare Save 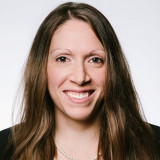