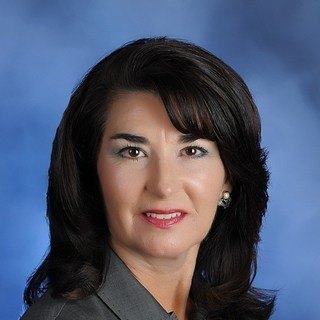 Claimed Lawyer ProfileOffers Video ConferencingSocial MediaResponsive Law
Nicole W Moss
Albuquerque, NM DUI Attorney with 15 years of experience
(505) 244-0950 201 12th Street NW
Albuquerque, NM 87102
Free Consultation Offers Video Conferencing Video ConfDUI, Civil Rights, Criminal and Domestic Violence
University of New Mexico
Compare Save
Show Preview
View Website View Lawyer Profile Email Lawyer
Nicole Moss has been practicing law in New Mexico since 2005. Ms. Moss started her career as a prosecutor in the Second Judicial District Attorney's Office where she handled cases ranging from Driving Under the Influence of Alcohol (DUI) to Child Abuse Resulting in Death to First Degree Murder. In 2010 she was named Legal Impact Prosecutor of the Year by the State of New Mexico Bar Association Prosecutor's Division for her work in child abuse prosecution. During her time at the D.A.'s office Ms. Moss tried over 75 cases before juries in both the Metropolitan and District Courts, including...

Claimed Lawyer Profile
Lisa Torraco
Albuquerque, NM DUI Lawyer with 30 years of experience
(505) 244-0530 823 Gold SW
Albuquerque, NM 87102
Free ConsultationDUI, Criminal and Domestic Violence
University of New Mexico
Compare Save
Show Preview
View Lawyer Profile Email Lawyer
Lisa Torraco is a skilled trial attorney, practicing primarily criminal law and child abuse and neglect. She is highly respected and a zealous fighter for her cause. Recognized by her peers as the highest in ethical standards; Ms. Torraco is one of the prominent attorneys in the Albuquerque Metropolitan area. She has been lead attorney in over one hundred trials, having practiced in state and federal courts.


DUI, Civil Rights, Criminal and Personal Injury
Duke University
Compare Save
Show Preview
View Website View Lawyer Profile Email Lawyer
Parrish concentrates his practice in personal injury and wrongful death claims. Most of his cases involve medical malpractice, auto accidents and premises liability (slip and fall) claims. Parrish founded the Albuquerque based law firm of Collins & Collins, P.C. in 2001 as Parrish Collins, Attorney at Law. He was able to convince his wife and now law partner, Alysan Boothe Collins, to join the firm in 2003. The firm has greatly expanded its personal injury practice since that time. Parrish's background includes criminal and DWI defense as well as divorce and family law....

Free ConsultationDUI, Criminal, Domestic Violence and Family
University of New Mexico
Compare Save
Show Preview
View Website View Lawyer Profile Email Lawyer
Christin graduated from Georgetown University with a B.S. in International Law, Relations and Organization from the School of Foreign Service in 1997. She graduated from UNM Law School in 2002. She has been a member of the New Mexico State Bar since 2003, a member of the Unted States District Court in the District of New Mexico since the 2006, and the Tenth Circuit Court of Appeals since 2015.

Free ConsultationDUI, Criminal, Medical Malpractice and Personal Injury
Texas Tech University School of Law
Compare Save
Show Preview
View Website View Lawyer Profile Email Lawyer
Jason Bowles has practiced law for over 20 years as a federal prosecutor and private practitioner. He has handled some of the most high profile and significant criminal and civil litigation cases in New Mexico in the past decade. He specializes in trials and litigation in primarily plaintiffs wrongful death, catastrophic and personal injury, and federal and state criminal defense.

(1 Peer Review)
(505) 242-5958 500 4th Street NW
Suite 405
Albuquerque, NM 87102
Albuquerque, NM DUI Attorney with 14 years of experience
DUI, Criminal, Divorce and Domestic Violence
University of New Mexico
Compare Save
Show Preview
View Website View Lawyer Profile Email Lawyer
Courtney Weaks has been practicing criminal defense law since graduating from the Univeristy of New Mexico in 2007. She began her career with Second Judicial District Attorney's Office in Albuquerque. She began in the misdemeanor division working in the Metropolitan Court. She quickly worked her way into the Felony DWI division. While with the District Attorney's office, Courtney handled hundreds of criminal and DWI cases. Courtney advanced to the Felony DWI division where she handled hundreds more DWI cases. Following her time at the District Attorney, Courtney opened her own law practice where she...

DUI, Divorce, Domestic Violence and Family
Compare Save
Show Preview
View Website View Lawyer Profile Email Lawyer
Originally from the Denver, Colorado area, Ms. Latta received her BA at the University of Colorado in 1983. While she was a visiting student at the University of New Mexico, she received her Juris Doctorate from Willamette University in 1986 and she was admitted to the State Bar of New Mexico that same year. In 1994, Ms. Latta went into private practice and founded the Law Offices of Lynda Latta, LLC specializing in family law and criminal misdemeanor defense. She, along with her Associate Attorneys Karin L. Henson and Brianna Feerer-Huss, is inspired by the desire to help clients work...

Free ConsultationDUI, Criminal, Domestic Violence and Traffic Tickets
University of New Mexico
Compare Save
Show Preview
View Lawyer Profile Email Lawyer
Criminal Defense providing Aggressive Criminal Defense in areas of Violent crimes, DWI, MVD hearings, Domestic Violence, Drug and Property Crimes. Misdemeanor, Felony and Juvenile Cases. I have over a decade of experience in criminal law. I am a former prosecutor and know the ins and outs of the criminal justice system. I will work hard to maximize your chances at a positive result in your case. WE ACCEPT ALL MAJOR CREDIT CARDS AND PAYMENT PLANS ARE AVAILABLE. FOR A FREE INITIAL CASE REVIEW CALL (505) 798-2522

Claimed Lawyer Profile
John McCall
Albuquerque, NM DUI Attorney with 24 years of experience
(505) 256-1998 500 Oak St NE
Albuquerque, NM 87106
DUI, Cannabis Law, Criminal and Personal Injury
Compare Save
Show Preview
View Website View Lawyer Profile Email Lawyer
My name is John McCall I have worked on all aspects of criminal and civil law with the exception of Bankruptcy law. I have specialized in Federal Environmental Cases like the WIPP case regarding nuclear waste and represented communities in Los Lunas, Santa Fe, Las Vegas, and Albuquerque to assure people are protected from corporate polluters and other injustices. I have also developed tremendous experience in criminal law and I do high level drug trafficking cases and homicide cases along with DWI's and Domestic Violence, I am very active in Medical Cannabis issues and I have continued to represent people...

Claimed Lawyer Profile
David Chavez
Los Lunas, NM DUI Attorney with 38 years of experience
(505) 865-9696 651 New Mexico 314
Los Lunas, NM 87031
DUI, Insurance Claims, Medical Malpractice and Personal Injury
Drake University Law School
Compare Save
Show Preview
View Website View Lawyer Profile Email Lawyer
David’s law practice is located in Los Lunas, New Mexico. David has represented injured people for more than 25 years. He has tried cases to jury’s and judges throughout the State of New Mexico. He has tried and resolved cases through mediation resulting in recovering millions of dollars on behalf of his injured clients and their families. David has reported appellate cases, which are published. He started in practice with his brothers, Tibo J. Chavez, Jr. and Reggie Chavez who he continues to associate on cases. David’s practice is focused primarily on litigation. He continues to represent the Village of Bosque...