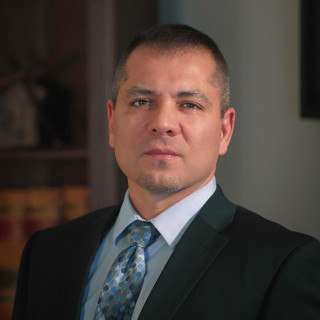 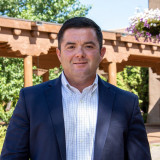 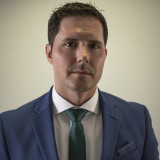 Claimed Lawyer Profile
John McCall
Albuquerque, NM DUI Attorney with 26 years of experience
(505) 256-1998 500 Oak St NE
Albuquerque, NM 87106
DUI, Cannabis Law, Criminal and Personal Injury
Show Preview
View Website View Lawyer Profile Email Lawyer
My name is John McCall I have worked on all aspects of criminal and civil law with the exception of Bankruptcy law. I have specialized in Federal Environmental Cases like the WIPP case regarding nuclear waste and represented communities in Los Lunas, Santa Fe, Las Vegas, and Albuquerque to assure people are protected from corporate polluters and other injustices. I have also developed tremendous experience in criminal law and I do high level drug trafficking cases and homicide cases along with DWI's and Domestic Violence, I am very active in Medical Cannabis issues and I have continued to represent people...
Compare Save 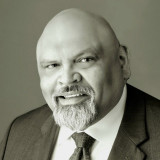 Claimed Lawyer ProfileSocial Media
Lynda Latta
Albuquerque, NM DUI Attorney with 36 years of experience
(505) 842-5924 715 Tijeras Ave NW
Albuquerque, NM 87102
DUI, Divorce, Domestic Violence and Family
Show Preview
View Website View Lawyer Profile Email Lawyer
Originally from the Denver, Colorado area, Ms. Latta received her BA at the University of Colorado in 1983. While she was a visiting student at the University of New Mexico, she received her Juris Doctorate from Willamette University in 1986 and she was admitted to the State Bar of New Mexico that same year. In 1994, Ms. Latta went into private practice and founded the Law Offices of Lynda Latta, LLC specializing in family law and criminal misdemeanor defense. She, along with her Associate Attorneys Karin L. Henson and Brianna Feerer-Huss, is inspired by the desire to help clients work...
Compare Save

Claimed Lawyer Profile
Christin Kennedy
Albuquerque , NM DUI Attorney with 20 years of experience
(505) 242-2670 201 12th St. NW
Albuquerque , NM 87102
Free ConsultationDUI, Criminal, Domestic Violence and Family
University of New Mexico
Show Preview
View Website View Lawyer Profile Email Lawyer
Christin graduated from Georgetown University with a B.S. in International Law, Relations and Organization from the School of Foreign Service in 1997. She graduated from UNM Law School in 2002. She has been a member of the New Mexico State Bar since 2003, a member of the Unted States District Court in the District of New Mexico since the 2006, and the Tenth Circuit Court of Appeals since 2015.

Claimed Lawyer ProfileSocial Media
Jedidiah J. Glazener
Albuquerque, NM DUI Attorney with 13 years of experience
(505) 246-8474 1024 2nd Street NW
Albuquerque, NM 87102
Free ConsultationDUI, Criminal and Personal Injury
University of New Mexico
Show Preview
View Lawyer Profile
Jedidiah J. Glazener, Esq. joined the law firm of Rasheed & Associates, P.C. in the summer of 1997 as a runner and worked his way up at the firm as a legal assistant, paralegal, law clerk and office manager. Upon graduating law school and passing the bar in 2009, Jed became the firm’s first associate attorney. He got off to a fast start, appearing in court the same day he was sworn in as an attorney, standing between multiple FBI agents and a client on his third day as a lawyer, and lecturing in January 2010 to members of...
Compare Save

Claimed Lawyer Profile
David Chavez
Los Lunas, NM DUI Attorney with 40 years of experience
(505) 865-9696 651 New Mexico 314
Los Lunas, NM 87031
DUI, Insurance Claims, Medical Malpractice and Personal Injury
Drake University Law School
Show Preview
View Website View Lawyer Profile Email Lawyer
David’s law practice is located in Los Lunas, New Mexico. David has represented injured people for more than 25 years. He has tried cases to jury’s and judges throughout the State of New Mexico. He has tried and resolved cases through mediation resulting in recovering millions of dollars on behalf of his injured clients and their families. David has reported appellate cases, which are published. He started in practice with his brothers, Tibo J. Chavez, Jr. and Reggie Chavez who he continues to associate on cases. David’s practice is focused primarily on litigation. He continues to represent the Village of Bosque...
Compare Save
Next
DUI Lawyers in Nearby CitiesDUI Lawyers in Nearby Counties
FAQ Lawyers Get Listed