Free ConsultationDUI, Criminal, Divorce and Family
University of Idaho
Compare Save
Show Preview
View Lawyer Profile Email Lawyer
We're not your typical law firm. To keep overhead low and reduce costs, we don't maintain a brick-and-mortar office in which to meet clients. Instead, we believe in passing on the savings to our clients by meeting with you on your terms, when and where it's convenient for you. We also don't chase after the billable hour like most firms do. Instead, we offer flat fees on most cases, so you know up front what you'll pay for legal services. There are no surprises here, we believe in honesty and transparency, and we're more affordable than what you might... 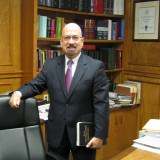 ESTRADA LAW FIRM has represented thousands of clients who have suffered devastating and disabling injuries resulting from the negligence of Truck Drivers, 18 Wheelers and other motorists.

ESTRADA LAW FIRM has successfully obtained Millions of Dollars for his clients in Jury Trials and Settlements recovering damages for Medical Expenses, Loss of Income, Pain and Suffering and for Diminished Quality of Life.

You pay NO ATTORNEY FEES UNTIL YOUR CASE IS SETTLED TO YOUR SATISFACTION!

Your case will NOT be delegated or handled...

Free ConsultationDUI, Criminal, Medical Malpractice and Personal Injury
Texas Tech University School of Law
Compare Save
Show Preview
View Website View Lawyer Profile Email Lawyer
Jason Bowles has practiced law for over 20 years as a federal prosecutor and private practitioner. He has handled some of the most high profile and significant criminal and civil litigation cases in New Mexico in the past decade. He specializes in trials and litigation in primarily plaintiffs wrongful death, catastrophic and personal injury, and federal and state criminal defense.

Free ConsultationOffers Video ChatDUI, Civil Rights, Criminal and Domestic Violence
University of New Mexico
Compare Save
Show Preview
View Website View Lawyer Profile Email Lawyer
Nicole Moss has been practicing law in New Mexico since 2005. Ms. Moss started her career as a prosecutor in the Second Judicial District Attorney's Office where she handled cases ranging from Driving Under the Influence of Alcohol (DUI) to Child Abuse Resulting in Death to First Degree Murder. In 2010 she was named Legal Impact Prosecutor of the Year by the State of New Mexico Bar Association Prosecutor's Division for her work in child abuse prosecution. During her time at the D.A.'s office Ms. Moss tried over 75 cases before juries in both the Metropolitan and District Courts, including...

Claimed Lawyer Profile
Lisa Torraco
Bernalillo County, NM DUI Lawyer with 30 years of experience
(505) 244-0530 823 Gold SW
Albuquerque, NM 87102
Free ConsultationDUI, Criminal and Domestic Violence
University of New Mexico
Compare Save
Show Preview
View Lawyer Profile Email Lawyer
Lisa Torraco is a skilled trial attorney, practicing primarily criminal law and child abuse and neglect. She is highly respected and a zealous fighter for her cause. Recognized by her peers as the highest in ethical standards; Ms. Torraco is one of the prominent attorneys in the Albuquerque Metropolitan area. She has been lead attorney in over one hundred trials, having practiced in state and federal courts.

Claimed Lawyer Profile
David Chavez
Valencia County, NM DUI Attorney with 38 years of experience
(505) 865-9696 651 New Mexico 314
Los Lunas, NM 87031
DUI, Insurance Claims, Medical Malpractice and Personal Injury
Drake University Law School
Compare Save
Show Preview
View Website View Lawyer Profile Email Lawyer
David’s law practice is located in Los Lunas, New Mexico. David has represented injured people for more than 25 years. He has tried cases to jury’s and judges throughout the State of New Mexico. He has tried and resolved cases through mediation resulting in recovering millions of dollars on behalf of his injured clients and their families. David has reported appellate cases, which are published. He started in practice with his brothers, Tibo J. Chavez, Jr. and Reggie Chavez who he continues to associate on cases. David’s practice is focused primarily on litigation. He continues to represent the Village of Bosque...

Claimed Lawyer ProfileSocial Media
Lynda Latta
Bernalillo County, NM DUI Attorney with 34 years of experience
(505) 842-5924 715 Tijeras Ave NW
Albuquerque, NM 87102
DUI, Divorce, Domestic Violence and Family
Compare Save
Show Preview
View Website View Lawyer Profile Email Lawyer
Originally from the Denver, Colorado area, Ms. Latta received her BA at the University of Colorado in 1983. While she was a visiting student at the University of New Mexico, she received her Juris Doctorate from Willamette University in 1986 and she was admitted to the State Bar of New Mexico that same year. In 1994, Ms. Latta went into private practice and founded the Law Offices of Lynda Latta, LLC specializing in family law and criminal misdemeanor defense. She, along with her Associate Attorneys Karin L. Henson and Brianna Feerer-Huss, is inspired by the desire to help clients work...

(1 Peer Review)
(505) 242-5958 500 4th Street NW
Suite 405
Albuquerque, NM 87102
Bernalillo County, NM DUI Attorney with 14 years of experience
DUI, Criminal, Divorce and Domestic Violence
University of New Mexico
Compare Save
Show Preview
View Website View Lawyer Profile Email Lawyer
Courtney Weaks has been practicing criminal defense law since graduating from the Univeristy of New Mexico in 2007. She began her career with Second Judicial District Attorney's Office in Albuquerque. She began in the misdemeanor division working in the Metropolitan Court. She quickly worked her way into the Felony DWI division. While with the District Attorney's office, Courtney handled hundreds of criminal and DWI cases. Courtney advanced to the Felony DWI division where she handled hundreds more DWI cases. Following her time at the District Attorney, Courtney opened her own law practice where she...

DUI, Criminal, Divorce and Personal Injury
Texas Tech University School of Law
Compare Save
Show Preview
View Lawyer Profile Email Lawyer
I primarily practice criminal defense and domestic relations or family law, but I am open to other legal issues that do not fall under those two categories. For my first two years of practice in law, I enjoyed working at the Public Defender's Office in Aztec. I participated in the development of a probation-like program called Treatment Court which I thoroughly enjoyed. I maintain positive and professional relationships with local judges, police officers, prosecutors, and attorneys, which helps to achieve fair and just results for clients. Legal situations do...