Claimed Lawyer ProfileQ&A
Philip J. Clarke III
Morehead City, NC DWI Lawyer with 21 years of experience
(252) 222-5252 534 North 35th Street, Unit I
Morehead City, NC 28557
Free ConsultationDWI, Criminal, Traffic Tickets and White Collar Crime
Campbell Law School
Show Preview
View Website View Lawyer Profile Email Lawyer
Our legal system is one of the best in the world, if not the best, but you won't likely feel that way if you ever find yourself charged with a crime or in some legal difficulty. It can be terribly frustrating, disappointing and confusing. It helps to have someone in your corner you can trust to navigate for you. The experience I have gained over the last 15 years in practice, trying cases and negotiating non-trial dispositions with state prosecutors, has equipped me to handle most any state criminal law problem you might have, from traffic...
Compare Save

Claimed Lawyer ProfileQ&ASocial MediaResponsive Law
Tommy Kellis
Morehead City, NC DWI Lawyer with 13 years of experience
(252) 772-9999 700 Arendell St.
Suite 7
Morehead City, NC 28557
DWI, Criminal, Personal Injury and Traffic Tickets
Western Michigan University Cooley Law School
Show Preview
View Website View Lawyer Profile Email Lawyer
North Carolina attorneys handle criminal, injury, immigration and family law cases
How you confront a legal challenge can affect the rest of your life. To protect your rights, you need a knowledgeable, assertive attorney who won’t back down in the effort to deliver a successful result. For over a decade, the Carolina Law Group in New Bern has provided high-quality legal representation to a diverse group of North Carolina clients. Whether you have been charged with a crime, injured in an accident or need Immigration or family law counsel, our firm will give you the strong advocacy and personal service...
Compare Save

DWI, Criminal, Juvenile and Traffic Tickets
North Carolina Central University School of Law
Show Preview
View Website View Lawyer Profile Email Lawyer
Matt Godwin grew up in Tarboro, graduating from Tarboro High School in 1997 and from North Carolina State University in 2001. In 2002, Matt enrolled in the School of Law at North Carolina Central University. Following his second year at Central, he worked as a legal intern at the Carteret County District Attorney's office. During Matt's third year of law school, he also interned at the North Carolina Attorney General's Office. Upon graduation and admission to the North Carolina State Bar in 2005, Matt worked as an Assistant District Attorney in Wake County. During his tenure at the...
Compare Save

Claimed Lawyer ProfileSocial Media
Roger Crowe Jr
Beaufort, NC DWI Lawyer with 39 years of experience
(252) 499-0661 402 Turner Street
Beaufort, NC 28516
Free ConsultationDWI, Criminal, Traffic Tickets and White Collar Crime
Campbell University
Show Preview
View Website View Lawyer Profile Email Lawyer
Roger Crowe has been a Criminal Defense Attorney for 27 years. He has represented tens of thousands of clients. His reputation as a trial Attorney is exceeded only by his devotion to his Family and Community. Recently, The NATIONAL TRIAL LAWYERS ASSOCIATION, named him to the "Top 100 Criminal Trial Lawyers in North Carolina." Roger was born in Dunn, North Carolina. He attended NC State University where he double majored in Business and Economics. He attends services at First United Methodist Church in Morehead City. Roger has been married for 34 years and has 2 Children. He enjoys fishing...
Compare Save

Claimed Lawyer Profile
James Lupton
Beaufort, NC DWI Attorney with 29 years of experience
(252) 728-3158 710 Cedar Street
Beaufort, NC 28516
DWI, Criminal and Traffic Tickets
University of North Carolina School of Law
Show Preview
View Lawyer Profile Email Lawyer
I commit my practice to one area: criminal defense. From traffic offenses such as driving while impaired to serious felonies, including homicides. I've defended thousands of clients and in each and every case understood and appreciated the importance and responsibility to each client. I am committed to ensuring that the client achieves the best possible outcome. I am the only lawyer in Carteret County certified by the North Carolina State Bar as a specialist in State Criminal law. In 2010, my peers recognized my expertise in the field of Criminal Law by voting to include me in the Legal...
Compare Save

Claimed Lawyer ProfileQ&ASocial MediaResponsive Law
Amanda Bowden Johnson
Jacksonville, NC DWI Lawyer with 11 years of experience
(910) 333-9679 1007 Hargett Street
Suite 2
Jacksonville, NC 28540
Free ConsultationDWI, Criminal, Divorce and Traffic Tickets
North Carolina Central University School of Law
Show Preview
View Website View Lawyer Profile Email Lawyer
The Houser Law Firm, P.C. is a Professional Corporation and full service, General Practice law firm located in Jacksonville, that serves Onslow Jones and surrounding counties in South Eastern North Carolina. We know that in these tough economic times, saving money where ever possible is important to most people. Our philosophy has always been to provide our clients with prompt, courteous and professional legal services at an affordable fee. While we never compromise on our legal professionalism, we do strive to manage our cost and expenses so that we can offer high quality legal services at fees...
Compare Save

Claimed Lawyer ProfileResponsive Law
Kevin Heckart
Jacksonville, NC DWI Attorney
(800) 635-1683 112 Old Bridge Street
Jacksonville, NC 28540
DWI, Criminal, Divorce and Traffic Tickets
Drake University Law School
Show Preview
View Website View Lawyer Profile Email Lawyer
Kevin E. Heckart was born in Des Moines, Iowa in 1961. After graduating from Wentworth Military Academy he enlisted in the U.S. Marine Corps Reserves in the Spring of 1979. Kevin then continued to serve in the USMCR achieving the rank of Corporal while attending Drake University (B.A. – 1983). Before graduating from college, Kevin was accepted into the PLC program for prospective Marine Officers, completed the training and was Commissioned a 2nd Lieutenant in May, 1983.
After college Kevin attended Drake Law School (J.D. – 1985) and, upon graduation, the Basic School for Marine Officers in Quantico, Virginia and further...
Compare Save

Free ConsultationDWI, Criminal and Personal Injury
Brooklyn Law School
Show Preview
View Lawyer Profile Email Lawyer
I am a former Marine, (1982-1986) who began practicing Federal Criminal law in 2001 in New York City. In 2004 I was admitted to the North Carolina Bar and have been a practicing trial attorney ever since. I say "trial attorney", because that is what I am. Whether you have a complex criminal felony, a misdemeanor, a DWI, or a domestic case; if I cannot reach a reasonable conclusion with opposing counsel, I am always prepared to empanel a jury and plead your case.

Claimed Lawyer ProfileSocial Media
Thomas Goolsby
Wilmington, NC DWI Attorney with 29 years of experience
(800) 956-4866 212 Walnut Street
Suite 100
Wilmington, NC 28401
Free ConsultationDWI and Criminal
University of North Carolina - Chapel Hill
Show Preview
View Website View Lawyer Profile Email Lawyer
Thom Goolsby has spent a lifetime working for the public from his time in the United States Marine Corps, the North Carolina General Assembly, and his Goolsby Law Firm, PLLC. He is trusted, experienced, and tenacious as he protects your rights in his law practices. As a former North Carolina Senator drafting legislation, he understands how the law is structured and interpreted giving him detailed knowledge how to fight for his clients.

Claimed Lawyer ProfileSocial Media
David Cole Phelps
Plymouth, NC DWI Attorney with 8 years of experience
(252) 791-1111 106 East Water Street
Plymouth, NC 27962
DWI, Business, Criminal and Traffic Tickets
North Carolina Central University
Show Preview
View Blog View Lawyer Profile Email Lawyer
D. Cole Phelps manages our office in the northeastern part of the state. Attorney Phelps is a native of Washington County, and he returned to his home community to serve and give back. After winning his first primary election with over 62% of the votes, he later became the youngest county commissioner at the time of his election to serve in any of North Carolina’s 100 counties. During his first term of office, he was selected by his fellow board members as vice chairman and then chairman. Currently, he is serving his second term of office as a member of...
Compare Save 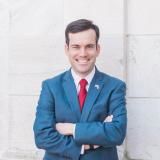 Free ConsultationDWI, Criminal, Personal Injury and Traffic Tickets
Campbell Law School
Show Preview
View Website View Lawyer Profile Email Lawyer
Robert Gilmore is an experienced trial lawyer and former prosecutor trying crimes ranging from DWI to Rape before juries across North Carolina. Mr. Gilmore was born and raised in Sampson County, and prosecuted for the State for several years, becoming noted for his courtroom skill in closing arguments and cross examination before returning home to practice focusing on DWIs, criminal defense, traffic, personal injury, and divorce. Call Mr. Gilmore today to get an attorney with experience that counts.
Compare Save
Next
DWI Lawyers in Nearby CitiesDWI Lawyers in Nearby Counties
FAQ Lawyers Get Listed