Claimed Lawyer ProfileQ&ASocial Media
Brian Joslyn
Columbus, OH DUI Lawyer with 11 years of experience
(614) 444-1900 501 S High St
Columbus, OH 43215
Free ConsultationDUI, Cannabis Law, Criminal and White Collar Crime
Thomas Jefferson School of Law
Show Preview
View Website View Lawyer Profile Email Lawyer
Brian Joslyn’s decision to become a criminal defense attorney was shaped by unique personal hardship. His life has been and remains a testament to the pursuit of justice for those subjected to overzealous law enforcement. He firmly believes in the dignified, respectful treatment of every person before the law. In Brian’s Pursuit of justice, he has become one of Ohio’s most recognized and skilled criminal defense attorneys. His success has been heralded by many reputable organizations including Columbus CEO Magazine naming him as a top lawyer, The national Academy of Criminal Defense Attorneys selecting him as one of the 10...
Compare Save 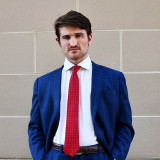 Claimed Lawyer ProfileOffers Video ConferencingQ&ASocial MediaResponsive Law
Owen Kalis
Dublin, OH DUI Lawyer
(937) 239-9989 6605 Longshore Street
240
Dublin, OH 43017
Free ConsultationOffers Video ConferencingVideo ConfDUI, Criminal, Domestic Violence and White Collar Crime
Capital University Law School
Show Preview
View Website View Lawyer Profile Email Lawyer
“Owen is very professional and understanding, he goes above and beyond for his clients. Keep up the amazing work and thank you so much again. Hopefully I have no need in the future, but if I do I will be calling Owen!” Collin A. February 2021 Owen Kalis began his college education playing collegiate soccer at the University of Memphis before transferring to The Ohio State University where he graduated with a Bachelor of Arts in Political Science and Psychology. Owen Kalis received his Juris Doctorate from Capital University Law School. Upon graduating, Owen Kalis worked for prominent defense firms throughout Ohio before...
Compare Save

Claimed Lawyer ProfileSocial Media
Bradley Dennis Keating Esq
Gahanna, OH DUI Attorney with 18 years of experience
(844) 333-7243 62 Mill Street
Gahanna, OH 43230
Free ConsultationDUI, Criminal, Personal Injury and Traffic Tickets
Capital University Law School
Show Preview
View Website View Lawyer Profile Email Lawyer
At The Keating Firm LTD, we focus solely on personal injury cases. Our attorney, Brad Keating, has spent the past decade helping Ohio clients who have been injured due to the negligence of others. When you call our law firm, you will immediately recognize the level of commitment that we take toward your claims. You will speak directly with Brad, and he will explain the options that are available to you to help you recover compensation.
Compare Save