Claimed Lawyer ProfileSocial Media
Robert Aaron Miller
Steubenville, OH DUI Lawyer with 33 years of experience
(740) 282-2676 329 N 4th Street
Steubenville, OH 43952
DUI, Bankruptcy, Criminal and Divorce
Capital University Law School
Show Preview
View Lawyer Profile Email Lawyer
Mr. Miller graduated from Capital University Law School in 1989. Since that time he had devoted his life to defending those charged with serious and violent crimes and major drug offenses. He has over 26 years experience helping those obtain and protect their assets in divorce proceedings and to obtain the care and custody of their children. Mr. Miller does not represent corporations, insurance companies, or the government. He is a lawyer for the people.
Compare Save

Free ConsultationDUI, Criminal, Energy and Personal Injury
University of Akron
Show Preview
View Website View Lawyer Profile Email Lawyer
Attorney Gregory J. McCleery represents clients throughout southeastern Ohio, primarily in the areas of oil and gas, real estate, wills and criminal law. Greg began his career in public service, dealing with a wide spectrum of legal problems. He has also worked extensively with both landowners and drillers in the Marcellus and Utica shale, and served as a title supervisor overseeing an experienced team of title abstractors.
Compare Save 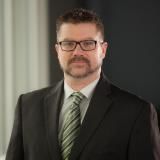 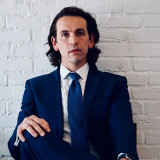 Free ConsultationDUI, Criminal, Domestic Violence and Traffic Tickets
University of Akron School of Law
Show Preview
View Website View Lawyer Profile Email Lawyer
For the past 24 years, Michael Boske has handled thousands of Criminal cases throughout Ohio. From minor traffic and OVI/DUI charges to major assaults, domestic violence, drug offenses and murder charges. Mr. Boske provides his clients with an unsurpassed understanding of the issues and a unique familiarity with Prosecuting Attorneys and Judges in the Court System.
Compare Save
Next
DUI Lawyers in Nearby CitiesDUI Lawyers in Nearby Counties
FAQ Lawyers Get Listed